Sunday Afternoon Tea - Where no man (or woman) has gone before 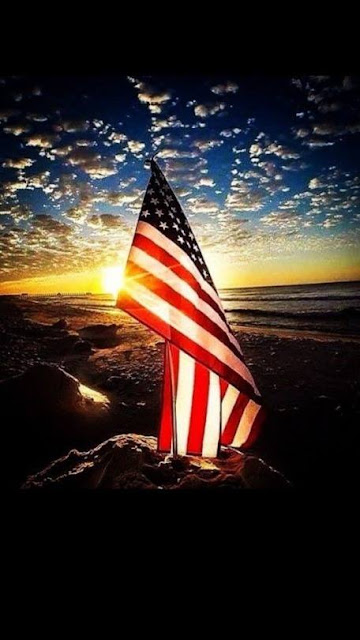 I am an unapologetic Trekkie and raised two kids who areTrekkies, they are each raising a troop of their own.  My husband is kind of a Trekkie, not as crazy about the genre except when it comes to debating who was the best captain of the Enterprise.  I say Jean-Luc Picard and he sticks with James Tiberius Kirk.

What brought about the above pondering was when I had been reading news from people I trust, after filling our van with gas, and after having experienced the shock of inflation at the grocery store.  We also had an announcement last week from our trash pickup carrier that they were adding $16.00 to our bill due to higher fuel costs and the local news has been talking about the possibility of rolling brownouts this summer.

Oh, don't get me wrong, the world has experienced very bad times before.  Heartbreaking wars, famine, pandemics, persecution, etc. have all occurred off and on over the millennia.  But this is different... this is all at once and all over the world.  Throw is technology and we definitely are going where no man has gone before.

I have come to the place that there is a constant sadness for where America has been heading.  There are people who will no longer fly the American flag or in any way give honor to the country.  I'm not one of them.  I have always been a patriot and will continue to be regardless of who is running Washington.

I have a rather large print of George (Washington) praying at Valley Forge in my Living Room.  There is a lot of red, white, and blue Americana decorations in the house and on the porch.  There are a lot of books about the American Revolution on my bookshelves and in my Audible list.

I can still remember when Reagan stood at the Berlin Wall and gave his famous "bring down this wall" speech.  There was a group of singers present and one of the songs they sang was Born Free from the movie by the same name.

I remember comparing 1980s America to East Berlin and thanking God that we lived in "The Land of the Free and the Home of Brave".  Because back then... it was true.

I don't think God wants me to live looking back and longing for the good ole' days.  He wants me to take inspiration from the brave men and women who founded this land as well as the generations that came after.

We cannot let ourselves concentrate on what is bad about this country and the world right now.  It would be easy to dig a ditch of despair and walk in it until Jesus comes.  But that is not the calling He has given us.

He wants us to be brave even in our weakness.  He wants us to be a people of prayer.  He wants us to be strong spiritually even while we become weaker physically.  We are here for such a time as this and He knew exactly what our age and physical condition would be when He decided we would still be alive in the year Two Thousand and Twenty-Two.

We can trust God even when the world looks like such a dark place.

We don't plan to go anyplace special tomorrow on Independence Day.  We both prefer staying in the air conditioning when the outside temperature is in the 90s and anyway, we have neighbors near enough that we can at least hear their fireworks.  Sometimes unfortunately.  ;)

While the house at the moment is full of the aroma of chicken bone broth cooling to put in the refrigerator before transferring to freezer containers, tomorrow I will grill burgers on the stove top grill and fix baked beans.  I only purchase onion dip on Holidays since it really is not good for us so we will enjoy that tomorrow with potato chips free of guilt.

But time will be set aside in the morning as I sip my first cup of coffee to pray for this country.  I understand that "things seem to be falling apart but really they are coming together"... but it doesn't make it any easier to take.  Except... no matter what country we live in, we are but strangers and pilgrims on earth as the Bible says.

I greatly admire the Founders of this country but I worship King Jesus and only when He comes again will all things be made perfect.  Happy 4th of July to my fellow Americans and a belated Happy Canada Day to my Canadian friends.

Posted by Brenda@CoffeeTeaBooks at 4:37 PM

By the time I finished reading this post, Brenda, I had tears in my eyes. What an essay! Thank you for not only keeping the faith, but also sharing it. Times are beyond challenging, yet you have helped me see things more clearly—"He wants us to be brave even in our weakness. He wants us to be a people of prayer. He wants us to be strong spiritually even while we become weaker physically. We are here for such a time as this and He knew exactly what our age and physical condition would be when He decided we would still be alive in the year Two Thousand and Twenty-Two."

Blessings this week...your Independence Day sounds a lot like mine. Quiet except for the celebrating neighbors. God bless them and God bless America. 🇺🇸

Thank you for this. Made my day!

I am a late blooming Trekkie. I never liked it as a kid and it wasn't until I joined the Navy and watched that I "got it". Last May, my husband and I decided to watch the original series start to finish over the summer - Summer of Star Trek. Well, we did that, then all 5 movies, then the 3 newest movies. Then we started on The Next Generation, and those movies as well. We finished up Deep Space 9 a couple weeks ago and are now in the middle of the 1st season of Voyager. So it has turned into the Year of Star Trek and then some lol The new Strange New Worlds is pretty good too - set before Captain Kirk's time. It's nice to have an escape these days!

You are always an inspiration! Thank you so much!

Another Trekkie here! I was sorry to hear about the violence in Chicago on your Independence Day. There are so many who are very far away from God and I pray daily for them to find their way back. I quote from Michael Foot - we are not here in the world to find elegant solutions, pregnant with initiative, or to serve the ways and modes of profitable progress. No, we are here to provide for all those who are weaker and hungrier, more battered and crippled than ourselves. That is our only certain good and great purpose on Earth.

This was so good! My hubby loved Star Trek growing up! It watched it too, but it wasn’t one of my favorites! But I’ve watched most of the new releases with him!
Sometimes when I realize we are living in the year 2022, it takes me by surprise! It still sounds so futuristic! I keep hearing over and over that we are here, living in this time, “for such a time as this”. Although I’m not fully sure what my purpose is, other than to pray and help my husband and with the grandkids! But, maybe that’s enough for me now, for this time and place. I don’t want to just survive hard times, however….I want to grow in His grace and be available to whatever He has for me to do. Does that make sense?
Thanks for sharing your thoughts and experiences.
Blessings,
Laura C