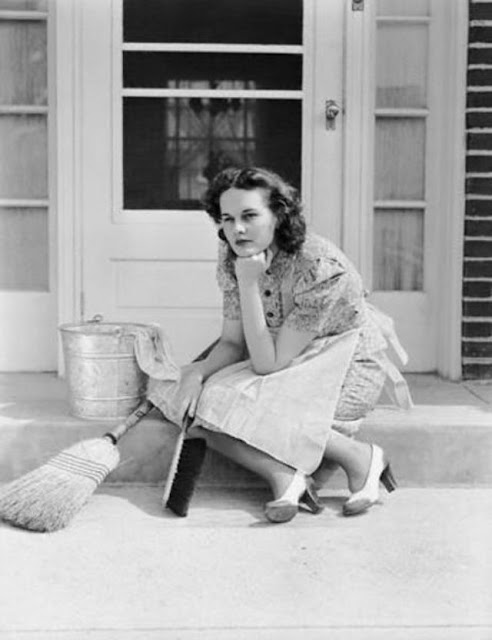 The above Bible verse has been on the sidebar of this blog almost from the beginning.  It is one of my two life verses, the first verse chosen was Proverbs 3:5,6.  Well, it actually chose me.  I hadn't heard of a life verse when I memorized that one to hold close when needed.  Later I realized that it was a God given life verse.

Note:  This Sunday Afternoon Tea post was originally published almost three years ago but I felt it best represented my most recent thoughts about current events.

Posted by Brenda@CoffeeTeaBooks at 1:33 PM

I am so glad God told you to continue writing. I look forward each Saturday and Sunday to a new post. I value what God gives you to write whether it’s a serious post like today or tips from your kitchen or decorating your home. Blessings, Sharon D.

I am so glad you did not close down Coffee, Tea, Books and Me! I only discovered you about a year ago, and have been blessed by your writings and wisdom. I am glad you heeded His prompting to continue. Julie in Wisconsin

I was just telling Vee today, that the media like to make us feel as if we are "the only ones" who don't think the way they think we should. That is so not true! There are more of us than they want us to think.

I love that you keep your blog as a place to go to find likemindedness. That's so important!

I sit quietly here on the other side of the world each week and read your wise words. Never give up my friend because these writings are a great comfort to many. One day we might meet in heaven and enjoy a good chat and a cup of tea or coffee together and I will give you a hug and tell you how much I enjoyed what you had to say in your little blog. Thank you so very much.
Blessings Gail.🙋🏼‍♀️🇦🇺

I can so much relate to this. We are constantly being battered and tossed about both emotionally and spiritually and it is tiring to say the least. I'm glad you keep writing; I need to hear the thoughts of other women Christians who are holding fast amidst the storm. Because we are Seventh Day Sabbath Keepers (not 7th Day Adventist) we are alone -- there are no churches in our area or for many miles around. Most of our friends are concerned with the daily activities of living in older age and only nominal Chrisitians who really don't want to know truth -- just want to get through this day and the ones to come. Fear keeps people from looking for truth, but truth founded in our Savior and Lord brings peace and strength. I think one has to be willing to hear and have a desire to know more (a gift from God) or it doesn't sink in when they hear truth.

I am so glad you did not close down Coffee, Tea, Books, and Me! I discovered your blog about a year ago, and have been blessed by your writings and wisdom. I am glad that you heeded His prompting to continue.

Thank you very much for continuing writing and sharing your wisdom and faith!
God bless you and keep you!

Thank you! When I am feeling restless and not at peace your blog is one I go to. May God continue to bless you and this blog, JulieT from Minnesota

your blog is an inspiration to MANY ..
a place where peace is found, wisdom is collected,
and thoughtfulness abounds. so thankful you
haven't closed your blog. it'd be sorely missed.
...we are but pilgrims on this earth...

Brenda I have been catching up on your blog posts. They always inspire me and give the gift of encouragement. I am glad you did not stop blogging. Your faith and insight are very much needed in the light of our changing world. Take care and God Bless you.

Thank you for this message. It is exactly what I needed to hear.

Please never stop blogging. You don’t know how much it means to so many…even newcomers.