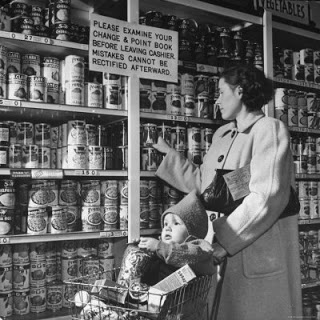 Our family is celebrating the birth of a new grandson!  He is small so he had to go into NICU to have an IV put in since his blood sugar was low, which we found out is normal in small babies.  He is getting much better and my daughter-in-law cannot wait until they can go home.

We are looking forward to holding him but due to the high COVID rates, not only are visitors not allowed at the hospital but they have decided to wait two or three more weeks to have visitors at home.  (They just got over COVID, themselves! My son is still experiencing symptoms, although no longer COVID positive.)

My daughter-in-law's mom had been isolating so she could help take care of them when the new baby arrived.  I'd be worn out the first five minutes!  However, I will be providing some meals for the freezer once they need them (after their church provides meals, etc.).

This past week has been very cold as an Arctic front has remained far past its' welcome.  We are to warm up for a few days and then another Arctic front perhaps combined with a big snowstorm later in the week.  This is why I always check what is in the pantry before winter arrives!

My husband had to go into town when we saw a tire on the van was nearly flat.  He filled it with air at the gas station and made his way to the place where we have purchased tires in the past.  It always reminds me why it is good to have relationships with store owners, mechanics, etc.  He was able to get the new tires at a good price and have them installed quickly.

We knew the tires were going to need to be replaced but hadn't anticipated this soon.  I see buying tires like buying socks, you appreciate them very much but the money would have been more enjoyable to spend on something less functional.

I stayed inside all week, happily baking bread, making soup... and fluffing up a couple rooms in the house by changing some items around, vacuuming, dusting, washing glass and windows, etc.

As pretty as it looked outside through the windows, I knew how brutally cold it was from being out on the front porch making certain Mouse had plenty of old towels draped over her kitty house and providing unfrozen water from time to time.

She is an outdoor cat so she can handle the cold most of the time but this Arctic cold is when she needs extra pampering from her humans.  The past few evenings, I have thrown the towel and flannel pillowcase (aka: her flannel sheets) she sleeps on inside her "house" in the dryer about fifteen minutes to warm them up and take out any moisture.  She seems to appreciate it.

I had pretty much everything I needed to provide meals without going to the store.  One thing I am noticing is how some ways of cooking and a couple recipes have had to be "tweaked" due to the supply shortages and inflation.

For instance, last week I took a package of beef bones from the deep freeze to make bone broth/soup stock.  I used to buy the bones and the small chuck roast/steak at the same time but the bones are so expensive now (just under $8.00 for three bones) that I hadn't purchased a small roast or chuck steak for the soup, yet. They have also become quite pricey, even though they are a "cheap" cut of meat.

So, I simmered the bones all afternoon with various root veggies, strained it, and made soup but instead of having meat in it... I added a can of beans.  It tasted fine but different than when the meat was simmered with the bones.  Since I have heard the situation won't get better soon, I need to rethink how I shop for basic beef soup making items.

Of course, chicken soup is much easier since one can still get the meat and bones attached to each other!  I used to always use a whole chicken for soup until I found out you can make good bone/soup stock with chicken legs or chicken thighs (or a combination).  I do still roast a whole chicken from time to time and use the carcass and most of the dark meat for soup, while removing the white meat for other uses.

I'm going to add a few small cans of Keystone beef to my grocery list, if I can still get them.  They would be perfect for soup.  Kroger was the only store in town selling the smaller cans.  I thought about other options last week but somehow SPAM in my soup wasn't appealing.  ;)

I was reading an article recently by Survivor Mom (whose paperback book I have recommended numerous times).  She was writing about the lessons learned by her grandparents in WWII.  I believe she has that story in the book, too.  Their pastor had gone around to the people in his congregation and shared that he believed they were to stock up on food starting immediately.

Her grandparents purchased large bags of sugar and flour and added some canned goods to their home canned items.  When rationing started and later when it was very hard to find some food items, they had plenty for themselves and were able to help some others.

She said her grandparents also learned from what they did wrong since the way they stored their flour by laying it on the attic floor invited weevils (yuk) that had to be sifted out before they could use the flour.  They also, when asked by the government if they had food in their home, gave an account of all of it.  As others standing in line around them heard, they were astonished.

In the article, she noted that times were very different back then and neighbors would rarely steal from each other.  In today's world, it is wise not to broadcast if you have food and other supplies stored.  Today, it would not be surprising to have a neighbor take everything and under new government regulations, they can also take everything you have stocked.

The world definitely has changed and is not getting any better.

I live in a small house so I don't have a very big pantry but once in awhile, I do purchase extra and set it aside in case my son and his family would need it.  Especially inexpensive basic items like pasta, pasta sauce, some canned veggies, etc.  He makes a good salary but has other things on his mind instead of stocking up even a little extra.

I was listening to a few Bible teachers on YouTube recently (there are some excellent teachers who cannot afford TV or radio time) and one of them was talking about our need to be courageous and look at the world the way it is, understanding that it is not going to get better.

I have read of many instances of God leading people to prepare before WWII, most often in Europe.  By being willing to listen to what God is telling them (and you know when that "still small voice" is nudging you), they saved their own families and some even saved their small communities.

On Sunday's blog post, I want to talk more about trusting God and not fearing even as we watch the world change around us.

Survival Mom: How to Prepare Your Family for Everyday Disasters and Worst-Case Scenarios... here.  This is an excellent, easy to read book for families who want to prepare for emergencies.  I have had it on my Kindle for sometime now.

Not mentioned in the blog post but one of the best books on preparedness available is written by a friend I have gotten out of touch with, Holly Deyo.  (I must rectify that!)  This link is to the most recent edition from 2020.  It had been out of stock since with everything going on in the world, people were ordering it by the case.  I see it is back in stock now.

My copy was a few editions ago but has a lovely note written in it by Holly.  She sent it as a gift when I was going through a difficult time.  It is a huge book with plenty of instructions, diagrams, etc. should you like such things.  Holly and Stan have been well respected in the "prepper community" since I first met them online in the 1990s.

Dare to Prepare can be found... here.

Posted by Brenda@CoffeeTeaBooks at 1:24 PM

Congratulations on the new baby boy in your family. Very exciting news!

Congratualtions on the new grandbaby. What joy they bring in these trying times. Blessings for you and your family.

Seems to me I found some tuna can size cans of beef at Dollar General. Not expensive...I'm sure lots of sodium.

I was just thinking that I have a plant starter heat mat floating around that would make a nice electric mattress for Mouse.

I recall my Mom asking the butcher to save her some soup bones. They were free! A different time for certain.

Hi, I'm a long time reader of your blog, but I've never commented before. I just order the Survival Mom book from my library. Thanks for suggesting it.

We have built up our pantry over the last several years. We also have bought a steer and it will be butchered next month. We are keeping most of it but are selling some of it to people we know.

We are fortunate to live in a big farming area with many Amish farms, too.

Brenda: I hope all is well with the new addition to the family, it is good your daughter in laws Mother stayed in to help with the baby.
WE are planners, we have a food pantry that is stocked and seeing how things are going in the wrong direction these days we want to be prepared, we are in early seventies, really early, and with the possibility of sending US troops to help with the invasion into the Ukraine who knows what will happen, maybe a world war! china hates us also.
Stay safe and believe in God

Congratulations on the new grandson .Thank you for writing these posts , they are encouraging ! Although I always have " stocked up" ( having had a Grandma who was a young Mom during the Depression and told me lots of stories !) Two times I have felt the Lord lean on me to do even more , right before 2008 and also right before the older lady I cared for began to need hospitalization frequently , I often was gone at meal times .Thankfully we had plenty in the pantry and quick frozen meals that our family never had a problem the whole time.So I always stay stocked up and also have complete faith that God will let me know when and if more is needed.

Yeah, for the new grandbaby! What a blessing! Thank you for reminding us to listen to the Lord's leading on stocking up.