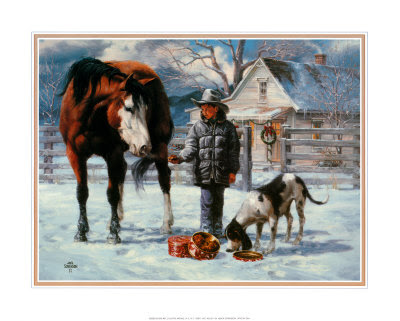 Courage is being scared to death but saddling up anyway.   John Wayne

I cannot remember a time that I did not adore John Wayne and the characters he portrayed.  He was to me the strong all-American man.  Never politically correct but always calm and in control. At least in most of his films. He made me feel... safe.  Even when he was being chased by wild animals in Hatari or surrounded by burning oil fields in Hellfighters, he appeared calm.

The quote is like a father figure reminding me that it is okay to be scared to death but it is not okay to give up.  No, keep on keeping on.  Fight the good fight of faith.  Keep your eyes on the goal, which is to hear those words, "Well done good and faithful servant".

We all know that we are living in unprecedented times. While there have been similar situations such as war, famine, drought, etc., they are now happening all over the world and closer together in time than ever before. I have been seeing the term "convergence" quite often in headlines of stories talking about current events.

Add to that the fact that advanced technology has brought together one world, is always at our fingertips, and that it has given some people more control of our lives than was ever possible before... there is a reason we hear that there is now a real mental health problem of people being overwhelmed with bad news all the time.

I have long had an interest in such stories but I have had to take days away from the headlines.  Usually it is when I hear of something happening in the world that I return to web searches to do my best to weed the Truth from the lies.  No wonder when Jesus talked about the End of the Age, He starts with, "Let no man deceive  you".

I found it very unsettling when 22,000 households that had installed "smart" thermostats in Colorado lost control of their settings during an electric emergency recently.  They were no longer set to the temperature the people had set them but they had been overtaken by the electric company and set at a much higher temperature to save energy.

As one who is very sensitive to heat due to diabetes, I was appalled to think someone else would reset my thermostat as high as in the 80s during a heat wave.  That was more unnerving than all the talk about Russia and the Ukraine.  Probably because it felt more threatening.

While reading about the story, I came across some facts that indeed, changing to a smart thermostat was at this time voluntary.  Most who made the change did so when they were offered financial rewards and I'm fairly certain they never expected this to happen. Were their eyes truly open to possible consequences or were they deceived?

Honestly, sometimes all the events that are happening could very well scare me to death if I didn't trust the Lord.  How often I have read about an event in the world or even more unsettling... in my own community... and wondered what the world will look like next year or even tomorrow?

I have written before the very good advice received many years ago.  That is... whatever you think the enemy of our souls is trying to get you to do... then do the exact opposite.  It has been quite amazing to find the wisdom in that advice.

For instance, if I am really annoyed with someone... so annoyed that it doesn't make sense... then I know it is the enemy trying to stir up trouble.  I can't tell you how many times it has helped to be kind to that person or to reach out in love and compassion.

Rarely has there been anything to be annoyed about, it was mostly lies being sent my way trying to bring about disputes.  I wish I had learned that wisdom when I was younger.  It works in most areas of life where we have the choice between faith and fear.

Now I know that if I feel the enemy of our souls, as he and his minions so often do, is trying to get me to fear, to feel anger, to distrust God's mercy or grace, or simply to stop feeling joy... I need to purposely do what is needed to bring about God's plan and not the enemy's deception. Which usually involves deciding to do the opposite of what the enemy is pushing.

That comes around to the title of today's Sunday Afternoon Tea post today.  I have been making an effort to keep my mind on good stuff instead of the events of the world.  I felt this year a need to enjoy Fall more than I ever have before.  It wasn't only the long hot and humid summer but that feeling of a heavy spirit that engulfed the world.

Just like the Christmas song shares the feeling that "We need a little Christmas this year", well... I needed Fall!  I needed to feel the cool breezes, taste the flavors of Fall, enjoy wrapping up in my flannel housecoat each morning, and to decorate the porch and my house with favorite Fall stuff.  I needed to bring Fall flavors into the kitchen to enjoy.

I needed to choose life and those things that are life giving.  No matter how silly or apparently time wasting they are.  I have learned that sitting on the porch in the morning and listening to birds is not a waste of time.  I have learned that slowly sipping that first cup of coffee is something to enjoy and not to rush through.

Jesus walked slowly upon the earth and I choose to follow His pattern. Even knowing what was ahead, He didn't fear but kept to His Father-given goal. He enjoyed everyday people, good food, children, and I am fairly certain that he stopped to give an animal a scratch behind the ears once in awhile.

I enjoyed a podcast about homemaking so much last week that I "wasted time" by listening to it a second and then a third time.  The message was manna to my soul and that my friends is not a waste of time.  Getting lost in a good book or watching a delightful movie is not a waste of time.  Especially if a hot beverage and baked goods (or popcorn) are involved.

The darker the world looks, the more we need to look toward the Light.  Jesus will reflect good over evil if we keep our attention set to the Word and believe it.  He is life-giving.  He still gives us all good things to enjoy.  All good gifts are from above we are told and that is true even in these dark days.

I admit that there are times when I gaze at the world and all the "what-ifs" that I feel scared.  Any sane person would feel scared from time to time.  But since I am still here... you are still here... we are still walking this planet, you know God is not done with us, yet.  He wants us to trust Him and saddle up.

The Believe to See Podcast (on YouTube) about The Art of Homemaking... here.

Posted by Brenda@CoffeeTeaBooks at 3:07 PM

We are John Wayne fans here too.
What a funny artwork, I imagine Grandma was not happy at if she found out a dog and horse ate so many cookies.

I don’t think I’ve ever commented but I look forward to read both your posts that i get during the weekend by email.
You make so much sense

If you install a smart thermostat, there is usually a clear statement in the pages of print about the option for emergency overrides/control by the company in times of extreme temperatures outside, or power crises. If people choose not to read it out of laziness, or opt for the smart conveniences and dismiss the override feature as something that could never happen to them, that's completely their own doing.

We recently bought a new HVAC system. It came with a smart thermostat, because that's what everyone wants, and it's the new standard. I asked the installation crew for a dumb thermostat for similar reasons, and they promptly found me a brand new "dumb" one. It just takes paying attention and asking.

Don't get me started on smart fridges or smart toilets!

This is a great post and a favorite Scripture for me is Philippians 4:8 which tells us to think then on all that is pure, all that is good, all that is noble, etc., which is wonderful advice and keeps me focused on our good Abba Father.

This just spoke to my spirit. Thank you!

What I thoughtful insight! Any one of my generation who isn't or wasn't a John Wayne fan. Just didn't get out much! Lol.