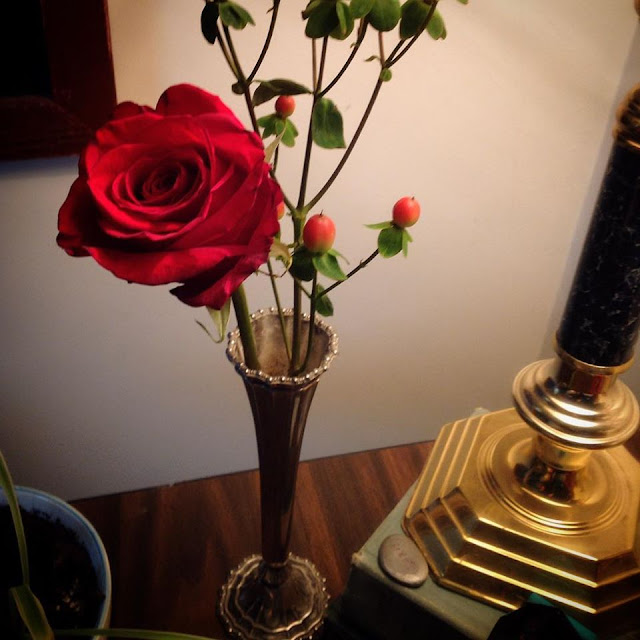 Last week I was listening to the start of a biography written by a pastor and Bible teacher who has ministered in Russia for a few decades.  He talked about how he always felt out of place in his local church as a young person because of his love not only of God but for beautiful art, music, literature, architecture, etc.

He was made to think of these interests as a flaw by those around him and that it wasn't what God would want of him.  Until God called him and his family first to go on a short term trip to Russia and then to begin a church in Moscow that has been growing for all of these years.

In the introduction to his biography, he said that it was not until he got to Moscow that he realized God had created him perfectly to minister in that country.  For there, the Christians appreciated the very things that had made him feel out of place in his American church.

I can understand and relate since we have gone to numerous churches having followed my husband's career in various states.  We always laughed that in my home town and the church we attended there, one was considered under educated if they only had a Bachelor's degree.

Yet, when we lived in Iowa, many in the congregation called my husband "the professor" because he was an engineer with a Master's degree.  Churches... and Christians... in various parts of the country and the world tend to view life from their own perspective.

When we lived in Holland, Michigan for many years, I would tell my (then) young daughter that I kind of knew what it felt like to be a minority.  In a little way, of course.  For although we both had very light complexions, we both also had very dark hair.  (Think Disney's Snow White.)  Being brunettes in a town of mostly blonds was amusing but we did understand their perspective.

Growing up close to and then living in a college town made it possible to know people from all over the world.  My son grew up with his best friends being Jewish and later added a boy whose parents were from India to his circle of close friends. They all stay in touch as adults.

Some people would warn me that his friends should all be Christian and in a perfect world, I would agree.  However, these boys were from families that taught them good morals and we could be a witness to each other.  I enjoyed any time the boys were at our house and at the wedding rehearsal dinner for our son's wedding, I asked to be seated next to his Indian friend. He had flown in especially for the wedding.  His first question was always, "What are you reading lately?".

One day when they were younger, one of the boys was talking about the Religious Right and I asked him if he realized we were literally card carrying members of such a group.  He was speechless (which didn't happen often) because what he had been taught about people with such values and the real life family who were his neighbors did not match up at all.  I believe he thought we were too nice to belong to such a group.

I realized long ago what the pastor wrote in the beginning of his biography, that God created us with the gifts and interests that would take us on the journey that He created for us in the first place.  Sometimes that means we don't fit in with others and we have to give grace to those who do not understand us.

I find that much easier at my age now than I did when I was younger.  I used to take offense when people talked about me being "different".  From the time I became a Christian as a teenager, I was "different" than the rest of my family.  I stopped drinking (yes, I had in my mid-teens!), I became uncomfortable when dirty jokes were told, and I would rather stay home and read a book than go out on a date.

However, having grown up in a family that was not Christian helped immensely in understanding the reluctant converts who were afraid of religious people.  Been there!  Lived through it!  I could tell them that they needed to look past people who represent Christ and look at Christ.  For all Christians are flawed human beings until we meet Him face to face.

I remember reading Elisabeth Elliot's lovely book, The Shaping of a Christian Family, and having an unexpected reaction to it.  It caused me to deeply grieve my own non-Christian upbringing.  Elisabeth was born to the faith and from her earliest years was taught about the love of God by parents and grandparents who raised her to love Christ and to serve Him in ministry.

I remember talking to God and telling Him it was unfair for I felt I had always been catching up in knowing Christ and His church.  Then He reminded me what I have been writing about here, that I was placed in the family where He wanted me for the very purpose of how He wanted me to relate to others.

I could understand "the least, the little, the last, and the lost" more than most people who had grown up in stable faith-filled homes.  Because of that, I have always felt comfortable with the non-Christian; whether a vice president of a company, or a professor, or person sitting at the side of a curb homeless and without hope.

Like the pastor who understood why God made him the way he did when he finally stepped into the ministry God had created him to do, I came to realize why God made me the way He did.  Not everyone understands, which does not surprise me.  However, He does.

So, as we face the challenges of the world this week, remember that we are here at this time in history for a purpose and that He created each of us with our own quirky likes and interests. We may be the person He can use to reach another with our own experiences.

While He is leading us into all perfection, we know it will not happen until we see Him face to face. In the meantime, we do the best we can and give grace to others... and to ourselves. 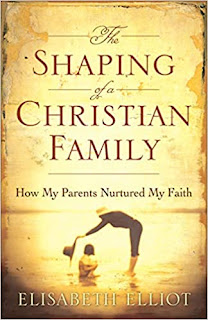 The Shaping of a Christian Family by Elisabeth Elliot... here.

It feels a bit odd, but I have never considered why God allowed me to be born into my family. My mother would say that my paternal great-grandfather was responsible for leading us to The Lord. I'm inclined to agree with her.

Were you able to maintain your friendship with Christopher's friend after your confession? I can just imagine his expression. It is true that we all have our own sacred perspectives. And we all make assumptions about others. Sometimes they are correct. A lot of that has to do with safety. If my senses went up where my kids were concerned, I paid attention. I will be eternally grateful that I did. It was that serious.

A happy week to you. I hope that some color brightens your world before the end of foliage season.

Well said!! This was an Awesome post and really spoke to me!! I love your perspective and this was filled with a lot of wisdom! Oh, how so many of us need to hear this! Thank-you!!
Blessings,
Laura C (WA)

I am a first generation believer along with my parents. We didn’t have a Christ centered home, just a home where Christ was beginning his work of making us into his image. It took many years and there were lots of hurts, but God is faithful.

A good reminder. I'm always wondering why God has me here in these "end of days" because my little life does not have much influence on others -- at least very few. But I have to trust there is a reason and someday I will understand. Meantime, I pray that I will be of use here and now.