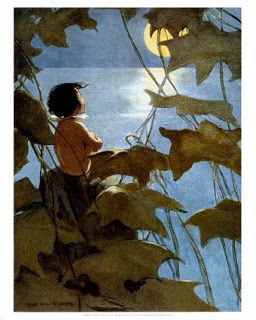 Recently, my sister, her daughter, and her granddaughter surprised me with a call to say they were returning home to Virginia from a funeral in Chicago on the Interstate and had enough time to stop for coffee.

I knew meeting them would require a thirty minute drive in rush hour traffic to the Cracker Barrel by the Interstate, which is definitely out of my comfort zone.  However, I hadn't seen them in probably ten years and I don't have a lot of family left.

We had a very enjoyable time just talking and catching up on family events but when my niece was asking her mom about family stories, my sister had to remind her that I am 21 years younger than her so I would not remember some of them.  I was born when my parents were in their 40s and all my siblings are half brothers and sisters.

On the way home, I was thinking again of the uniqueness of my birth and how unlikely my parents ever meeting would have been.  I think most of us could say the same thing for rarely is the story one of next door neighbors and high school sweethearts marrying.  I was in elementary school when my husband graduated high school, not exactly the back story of most novels.  ;)

The more I think of how God weaves our stories, the more amazing He becomes.  Of course, I know He is the Creator of all things... but still.  When we stop to think of the series of events that brought each of us about, with our own unique set of talents, giftings, interests, experiences, etc., then one can become overwhelmed at the thought of how it all happened.

There is no one on earth just like you.  Absolutely no one.  You are uniquely designed to be the person God wants you to be, in the place where He wants you to live, using the gifts He has given, in this time of history, with your family and your community.  Only you will be the ambassador of His Kingdom the way you can, where you are right now.

We are the product of our choices but everything began with God thinking of us long before we were born.  He wanted someone in His family exactly like you and precisely like me so he formed us in our mother's womb to be uniquely you and uniquely me. Of course, some of us are a little more unique than others but that is okay.

But He didn't just create us and then wind up the earth and leave us alone as some like to teach.  He knew what was going to happen with His creation and we are told before the foundation of the world, He already came up with a way to rescue us back from the tricks of the enemy.  Even though it meant a great sacrifice to the Father, Son, and Holy Spirit.

Once in awhile, I think of all of these Truths and realize that Eternity must be, as the Bible says, way beyond what we can even comprehend as wonderful.  If these are truly the Shadowlands, if we see here through a glass darkly, if we are so special to Him that we were worth the cross... then we should realize just how loved we are in the here and now.

The older I get, the less I have to be concerned about pride.  Let's face it, life can beat you up and leave you ragged.  Then the body goes, the memory fails, and each of us have a litany of stories behind us of failures as well a success, enemies as well as friends, times we failed Him, each time how He forgave us. No wonder we lay our crowns at His feet.

So, I don't think we have to be concerned about pride when we realize that we are something unique, not only here and now but in the age to come.  We are His design.  The Word says that we are His poem.

Speaking of which, the poet-king asked God why the wicked prosper.  I'm certain many of us ask Him that same question these days.  But He reminds us that the Book tells us the entire story from beginning to end and the wicked do not prosper forever.  They are full of pride because they think they are winning and then... they are not.

The fallen and un-redeemed creation (those, who of their own decision did not follow Him) never had a chance against the Creator but He let the Story play out for His own reasons.  As Lewis reminds us in The Last Battle:

“All their life in this world and all their adventures had only been the cover and the title page: now at last they were beginning Chapter One of the Great Story which no one on earth has read: which goes on for ever: in which every chapter is better than the one before.”

Posted by Brenda@CoffeeTeaBooks at 4:57 PM

"He wanted someone in His family exactly like you"

This hit me right in the heart. Thanks. 🙂


So glad you were able to see some relatives and eat out! We'll be meeting our great grand niece this Saturday and seeing some family also that we haven't seen in a while. Yes, we will take the time to visit with them, who knows when we will see them again.