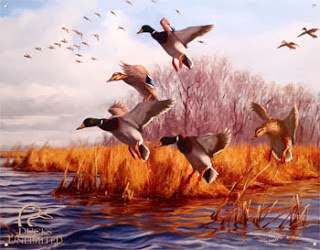 If one were to walk into my kitchen at sunrise these days, they may find it bathed in a light that turns the cabinets into a shade of yellow-gold. The lace valance that forms a petticoat under the buffalo plaid valance reflects lacy shadows onto the walls. It may be 90 degrees outside but this change in light has me roasting a chicken for dinner and making soup from the leftovers.

I recognize Meteorological Fall every year and this year I sent my daughter and daughter-in-law a celebratory message, even though the outdoor temps were quite hot.  I love that there is something to celebrate, even if the official start of the season is a few weeks away from September 1st.

There is a tree lined street on the edge of town, where the city streets become county roads.  I noticed on the drive home recently that the colors on those trees were beginning to be displayed, now in muted tones before the jewel-like colors become more evident.  Those trees are always one of the first signs of a seasonal change.

I think of heat in September the same as I do the snowfalls in March, it eventually has to stop at some point on the calendar.  This year, it was a long hot Summer.  I decided to begin the celebration of my favorite season by displaying a few favorite Fall accessories and purchasing two inexpensive mum plants... one a golden yellow and the other a shade of bronze.

My mother always became rather melancholy in Fall.  She would say that she experienced some deaths in the family during that time when she was younger but I also think it was because she dreaded Winter every year. She had a hard time enjoying the beauty of the season she was in because she was already thinking of the season to come.

I wonder if many people think of September these days in terms of 9/11 instead of the beauty of nature surrounding them. I have already written about our experiences on that day, as my husband was on a flight between Detroit and Chicago when the terrorist attack took place.  That was the day that changed the world.

I remember the fear we felt that day, not knowing where my husband was until late that evening.  I remember the fear brought about when the busy four-lane streets surrounding our home in a Detroit suburb suddenly became quiet and the sound of helicopters flew overhead for days upon days as they monitored the Canadian border nearby.

Since that day, the unthinkable has happened.  The world became even darker and more uncertain.  Those in leadership are making decisions I never thought possible just a few years ago.  I realized yesterday that I could understand why September no longer brought joy to my mother as she remembered the past and was fearful of the future.

That terrorist attack would bring about a very difficult time for me as it was the beginning of a season of my life that would be the most difficult I had ever known.  It was a season where I had to depend on God's goodness entirely to get through one more day.

It was a season of both lack and miracles of provision.  A season of moving again to the western shores of Michigan and spending hours sitting next to a pond talking to God and reading Psalms over and over again... or hiking through woods... or sitting on the beach watching the big ships miles out on Lake Michigan as they headed to Chicago.

It was during that time that I learned when God was all we had, that He was enough.  It was as if the fires of adversity... which I had experienced before but it seemed worse this time... would burn into my soul that I was His and whatever the world looked like on the outside, He was always there.

That was the difference between my love of September and my mother's dread when Meteorological Fall came about each year.  Her bad memories and the feelings that accompanied them were embedded in her soul and for me, Jesus had sanctified my bad memories and caused me to see how He brought me through those years.

I can welcome September 1st these days and enjoy decorating the house in the colors of Fall because He proved that He turned mourning into dancing.  He took a season of life when I could see no future and led me to the future He had designed all along.

It took going through the fire of adversity on that level to know Him on another level but now when I look back, I can recall pleasant times living in the city but also drawing comfort in nature when we returned to Western Michigan.  He redeemed my love of Fall and my appreciation of the natural world.

He would eventually lead us back home where we would continue to see Romans 8:28 unfolding in the years to come.  Today I can view the events of 9/11 as a national tragedy and not even think of the difficulties that would follow personally.  I can shed tears for those who died and whose lives were never redeemed.

But that is what Jesus does when we ask Him into our heart, when we ask Him to redeem us from sin and our sinful nature.  He also redeems our memories and brings us peace beyond all understanding.  We can look at today's headlines and while they are unsettling, we can feel His peace.

They remind me of a quote that Jan Markell often states, "Things are not falling apart, they are coming together for the return of Christ".  When we look at terrorism, pandemics, an authoritarian government, and all kinds of scary events going on today through the eyes of the Lord, we can feel that peace and yes, it does pass all human understanding.

So, for those of us who are beginning to experience Fall... let us celebrate as if the One who created the season is coming again soon.   For our friends who are entering Spring, enjoy the warmth and the pretty flowers for He designed them for your enjoyment!

Peace is a Person.

Posted by Brenda@CoffeeTeaBooks at 4:48 PM

"He turned mourning into dancing. He took a season of life when I could see no future and led me to the future He had designed all along."

Thanks for this, it is consoling ❤

"It was during that time that I learned when God was all we had, that He was enough."

Your essay is thoughtfully and beautifully written. It calmed my spirit.

Peace is a Person! Yes, He is!

We can have peace and joy even in hard times, because of Jesus.

I am embracing and celebrating the coming of autumn, even though that means winter will follow. I've grown to see beauty in every season, even though I prefer some over others! Jesus is with me and he never leaves me or forsakes me.

I noticed how the changing of the seasons bring about subtle changes in our own moods. Fall and winter are my favorites. What can I say I am a winter baby. Even though September brings back some of most horrific memories of our lives, it still shows that we heal and become stronger every year.

Jan Markell is so encouraging! I love that statement that things aren’t falling apart…they are falling together.

While we can't forget what September means to our country, the cycle of life, the onset of new seasons and people and relationships gradually help us to move on. While they were snatched from us, we have to continue living. Step back and think...if given a chance wouldn't they choose you live.