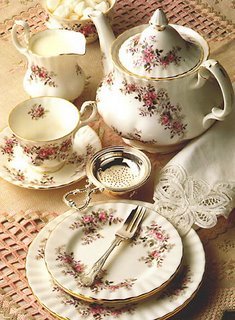 On the way home last week... while driving country roads, I heard a wonderful sermon by Chuck Swindoll where he was talking about angels and singing and Christmas and living in a fallen world.

No, really... all in the same sermon!

He mentioned a study that found most of the sounds we hear in nature are in the minor keys... and as humans we perceive sadness and melancholy when we hear these keys.

Although not a student of music, even I knew this was interesting as the Word tells us "all nature groans" for the return of Perfection.

As I write, the left side of my face is swollen and I can't hear out of my left ear.  Somehow a minor cold mutated into a major infection.  Besides that, there are financial challenges and weeds continue to grow in my garden.

Corn crops in parts of the state may have to be plowed under due to drought and Victoria's paw is swollen again.  We had another batch of ants in the kitchen two weeks ago and our wooden fence is falling over in various places as the wood beneath the soil is rotting.

What does this have to do with nature in the minor keys?  Everything...  it is all proof we live in a state of imperfection.

When I was a new Christian, I struggled with that age old question of why bad things happen to good people.  Not to mention why there are wars and murders and children go hungry in the shadow of billionaire's estates.

But it was through the study of the book of Genesis I found my answers.  Now, one can only find peace in these answers if one believes the Bible is truly a God inspired Book.  Francis Schaeffer has often been quoted as saying (my paraphrase), "It all gets down to whether we believe the Bible is Truth or not".

I do... and the older I get, the more I believe it is Truth.

The book of Genesis teaches us that God created this world and created man (and decided He could do better than that so he created woman... no?).  ;)

He gave man dominion on this planet and His enemy took the form of a serpent and tricked Eve into believing a lie.  Adam, however, was not tricked but he went along with biting the forbidden fruit... most probably because he did not want to lose the love of his life.

God had given the original land owners only a few rules, margins in which they could live happily ever after.  They had a perfect Parent and still walked in disobedience... and the Perfect world fell into the hands of Imperfection.

Children were now born with much pain into a world that held much pain.  Before that event, hoes to weed gardens didn't exist.  Tornado sirens and hurricane watches and drought monitors and police officers and firemen and Homeland Security did not exist.

I am certain nature sang in the major keys.  Before the original occupants of the planet handed over the Keys to the Kingdom to Evil.

What amazes me about all of it is this... and my finite mind cannot completely comprehend it... before the creation of the World, the Word tells us He knew.  He knew the Trinity would be torn apart when One of Them had to become flesh and live a perfect life and give Himself up to take back the Keys of the Kingdom.

Even the enemy of our souls did not completely understand for as the Word says, if he did then he would not have put Jesus on the cross to become the sacrificial Lamb... to take the sins of the fallen world upon Himself.

As the song says, "He paid a price He did not owe, I owed a debt I could not pay".

But just as Lewis showed us in Narnia, the one who killed the Lion of Judah did not know the deeper magic.  The enemy of our soul could not see beyond death.

He missed the Resurrection... the taking back of the legal right to this planet.

As good literature so often does, another Lewis book which gives us an idea of this need for redemption is the second title of his Science Fiction trilogy... Perelandra... as Ransom must keep the planet from following the same disastrous choice as Earth.

When I learned the Story of the World and more importantly... believed it... my questions began to have answers.  There is Good, there is Evil... the Earth is the battlefield... Mankind if caught in between... but He came to provide Redemption to our souls.

The planet still has weeds and wars and people still get ear infections.  Some people have far more than enough and others have nothing.  Cars break down and Ash trees get devoured by the Emerald Ash Borer.

But as Christians we have something... and Someone... which keeps us anchored in difficult times and provides Peace in the storm.  If we believe what we read in the Word.

For we know this is not Heaven, yet.  Nature still sings in the minor keys.

Peace is a Person... and when the imperfection of the world around us brings frustration, fear, and exhaustion... He came so we could run to Him for everything we need as we live in this fallen of all worlds.
Posted by Brenda@CoffeeTeaBooks at 10:59 AM

That sounds like a nasty infection. Hope it clears up soon.

Music would sound pretty dull without any minor key for contrast. Most jazz is written in a minor key.

There are a lot of bad things in the world but there are also gardens, weddings, Victoria (hope her paw feels better soon) and great blogs to read like yours.

So true.
Such truth.
My hope is built on nothing less than Jesus blood and righteousness.

Feel better, Brenda. Ear infections can be so very painful. It is wonderful to know that the Lord is always waiting with open arms for us to come running.

Today is All Saints in the Orthodox Church. Though we remember the saints everyday, today is a special day to remember them and the church clergy wear red to remember the blood that they shed in saying "no" to the evil one and "yes" to God. It is a daily, moment by moment, choice. There was a young man of Russia recently martyred...he was given the choice by his Islamic captives to take off the cross he worn and deny Christ and live as a Muslim or have his head removed from his body. This 19 year old hero, Evgeni (Eugene) by name said "The cross comes off when the head does." And it did.

God has never promised us lives without challenges and lives without persecution. Just the opposite. But how we live daily - each moment listening to His voice, each moment in thankfulness to God - is what we are given.

I pray that your ear infection is healed by the grace of God and that the stresses of your life find relief. Your words encourage; in the midst of struggle, faith.

Indeed, Christ is Risen from the dead! Trampling down death by death, and upon those in the tombs, bestowing life!

Hello Brenda;
And AMEN to Rebecca!! I don't understand the mysteries of God, but I do know he loves and cares for us. Not only our brothers and sisters, but animals, trees, and gardens. And the angels sing to Praise the name of Jesus. Love and hugs, Nana

Thank you for the wisdom you share here. I know it's born partly of pain and difficult experiences, along with many blessings. I am grateful for your blog and how you point us to the person who is our Peace. What would we do without him?

Most excellent! Thank you for this. Bess

I confess that all the imperfections in this life like: flea infestation, paint needed everywhere, ratty old carpet, a broken down dryer, too much laundry, grumpy teenagers... can get me to feeling pretty depressed. I am reminded again (thank you Lord) of what the apostle Paul wrote "I have learned in whatever state I am, to be content: I know how to be abased, and how to abound. Everywhere and in all things I have learned both to be full and to be hungry, both to abound and to suffer need. I can do all things through Christ who strengthens me" (Phil.4:11-13). God , please help me to remember this and be encouraged by it. Let your joy be my strength! Amen

This message is for me. "In the world you WILL have tribulation;but be of good cheer, I have overcome the world" John16:33 and then "I have learned in whatever state I am , to be content: I know how to be abased and how to abound. Everywhere and in all things I have learned both to be full and to be hungry, both to abound and to suffer need. I can do all things through Christ who strengthens me" Phil. 4:11-13

We don't sing many of the hymns written in a minor key; one of the lovely things about them is that one can end them by resolving to the corresponding major chord.
The hurts of life are everywhere--and they don't seem to be meted out fairly. Faith is a choice we make daily.
Thank you for a beautifully written essay.

I hope you are quickly on the mend!

I particularly enjoyed this Sunday Afternoon Tea. Just this morning I had to remind myself that "ALL things work together for the good of those that love God and are called according to His purpose." Romans 8:28

TeresaAngelina says that Evgeni, the Russian martyr, was recently killed by his Muslim captors. Evgeny Rodionov was in fact killed in May of 1996. He is considered the New Martyr of Chechnya and was a Russian soldier captured by Chechen rebels. After his death, his mother, an athiest became a believer.