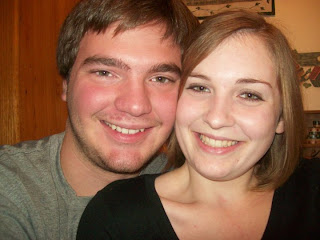 I'm certain younger mothers began to roll their eyes when they hear it one more time.  The sentence we whose children have grown up tend to mumble quite often.  "Where did the years go?"  But it is oh so true... it seems one day I had a blond little two year old and then a lanky thirteen year old and now a twenty-one year old young man!

Since cash is tight right now, all he asked from us for his birthday was to have a few of his best friends come home with him over the weekend for an old fashioned LAN party (with all their computers linked together).  I heard laughter until the early morning hours and when I awoke this morning, nearly tripped over old Nintendo 65 cables and games.  I haven't seen them in years.  No wonder the guys were all laughing. :)

Good times and good friends, who could ask for more than that?  Well, perhaps good grades in the upcoming finals.  Except for Christopher (who stayed here last night), they made their way back to campus and early morning classes... with me yawning even though I was in bed by 11:00!  Such is life when you are twenty-one.

Happy Birthday, Christopher! I almost know you because I've prayed for you many times over the last few years. God has great plans for you, I just know it!

What a cute picture. My son just turned 19 and I ask myself the same question, "where did the time go." ~Alana~

What a cute couple! Happy Birthday to Christopher! (You're a sport to have the guys camping out until all hours.)

They make a cute couple...look so happy too!! And you did give him a lovely party...who could want for more?

Happy belated birthday Christopher! My baby boy is 28 (and a half, but he stopped counting those halves a long time ago!). A lovely picture!

Happy belated birthday to Christopher. What a handsome couple he and his girl make.

Happy Birthday Christopher. Great pic of you and Melissa!

Happy birthday to Christopher! And no eye rolling from me. I know exactly how quickly those years pass by, my friend!