Sunday Afternoon Tea - Our role in such a time as this 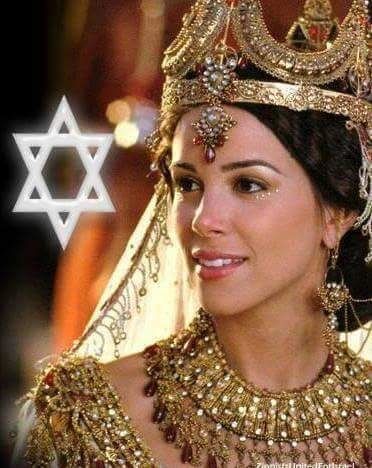 "Yet who knows whether you have come to the kingdom
for such a time as this?"
Esther 4:14

In a time long ago and far away, I invested a few months studying and writing about one of my favorite books of the Bible... the Book of Esther.  I had enjoyed watching movies about Esther where she is portrayed as beautiful and excited to be the Queen.  It all seemed so simple and lovely.

However, when you carefully read the entire book, you realize that Esther is there because she was a ward of her cousin, Mordecai.  The Jews had been in captivity in Persia until the time they were allowed to return to their own land.  In this book, we meet Haman who hates the Jews and plots to destroy all of them.

When I studied the book carefully, I realized that this young woman had been through a lot in her life.  Her parents most likely died while she was very young and as a member of a race living in captivity, she probably had no say in being taken to be a part of the king's harem.  A king who had a history of being unpredictable and yes, even banishing the former queen because she dared to say no to a request.

We read about the year when the young women were being pampered and made even more beautiful but imagine being very young and having the knowledge that there is no assurance you will be the one picked to be the official queen.  Most likely she could only see a future as a part of the harem, making a normal life as a Jewish wife and mother impossible.

We know, looking back thousands of years, that she was the young woman King Ahasuerus chose and how... amidst all the uncertainty of her life... she was there by God's providence to save her people in a time of crisis.

She was in Susa "for such a time as this".

Today we are living in an unprecedented time in the history of the world.  There have been pandemics before but never has the world been so intertwined that most of it has been shut down.  We don't know what the future will hold as the economic statistics are the worst since the Great Depression.

We don't know if the virus will return this Fall as some are speculating, or even if we get rid of it entirely on this go around.  Will those of us who are susceptible to the virus have to wear masks and carry hand sanitizer for months?  Years?

There are rumblings of a conflict with China but having lived through the decades of the Cold War... rumors of wars have been in the media since I was born.  If one spends any time watching the mainline media, all the news is unsettling.  Even the conservative news networks are speculating doom and gloom.

Now there is a lot of discussion by armchair quarterbacks choosing sides as to how the pandemic was handled by our own and world leaders.  This is the world in which we live in 2020.  It seems there are a lot of angry people who shout and throw rocks and call names on all forms of media.  One feels they need to wear a hard hat and ear plugs when turning on the tablet or computer.

This is where you and I can be Jesus in the world and especially on social media.  He doesn't tell us we cannot have strong opinions.  I certainly do! There are those who do a wonderful job standing up for what is right in the trenches and this is why they are living at this moment in history. He has qualified them and put them in a position for such a time as this.

We all need to vote our conscience and take a stand for Christ.  We are not to be wimps in a world that needs heroes.  But... that will not be accomplished by shouting on social media.  I know of absolutely no one who changed a person's mind by arguing on Facebook.  We need God's wisdom on not only what to say but when and how to speak Truth.

If you start to get fearful or fretting or even angry at the situation... I understand.  This came upon us suddenly and will have dreadful consequences for some people.  However... it didn't take God by surprise and your being alive during this crisis was no accident.  Did you hear that?  You are here for a purpose.

The days and years ahead will take a lot of courage but even more, it will take a lot of faith.  The world seems to be spinning out of control and there is little of what we called normal left.  But don't let the enemy of your soul tell you that is all the Truth.  Keep your eyes on the Word of God and the Anchor of your soul.

The Bible calls satan the "father of lies" and that is how he can affect you and affect me... by messing with our thoughts.  We have never needed discernment more than we do now for deception is the master plan of the enemy.  The Bible tells us that if it were possible, even the "elect" would be deceived in these times.

I am learning that, like Esther, I must accept the fact that I am here for such a time as this.  I am uniquely qualified in my circle of friends and family.  In my city.  In my state.  In my country. No one else who lives has the exact same circumstances and people around them as I do.  As you do.  As each of us does.

If you are breathing, then you were placed here for such a time as this and God has a role for you to play now.  It may be as simple (but necessary) as spending time in intercessory prayer, or teaching your children, or being a voice of calm in a world where everyone else is losing their mind.

My role is to ponder and to write and that is what I will continue doing as long as He calls me to do it.

NOTE:  I really was not offended by the comment I wrote about last week!  A little confused, yes... but I never discuss or even publish comments that are offensive.

Posted by Brenda@CoffeeTeaBooks at 3:59 PM

What a good reminder! We are here in this time because God placed us here! For such a time as this!

Such a good post! Thank-you for your words of wisdom and encouragement! I, for one, am very thankful you are are here for “ such a time as this” and for these Sunday Afternoon Tea ponderings and pantry posts! They’ve been So helpful and encouraging to me, as well as to my husband, too! We all need each other! I do try to only post pretty, uplifting, and encouraging things on Facebook. There is way too much negativity out there and I get so weary of the bickering! As for the news, we mainly just watch the weather and a few updates now and then. Since this whole thing started, I’ve enjoyed longer quiet times with God in the mornings and going deeper with Him. I want to abide in Him and hear His voice more clearly like in Isaiah 30:21.
Happy Mother’s Day! May you be greatly Blessed!
Laura C(WA)

Hi Brenda! I have read for a long time, but I don't think I have ever commented before. But I wanted to make sure and say thank you so much for this post! I really appreciate it.
Amanda in WV

Yes, you are here to help guide us through some thinking, reading books, planning Blog posts!! Thank you for your wisdom and the time involved in sharing with us.
You must be thankful for the extra "new" things going on at your house. A new stove to cook/bake with, how homey and wonderful!