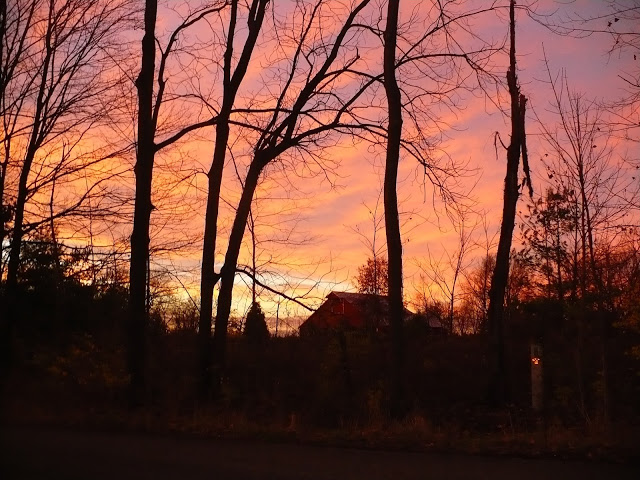 It seems we can no longer turn on the TV without hearing of another famous person who has fallen from grace. When one thinks about the families destroyed, all of the education and training it took to get to that level of their careers, now crashing around them due to choices made over many years.

As the headlines piled up, they had me thinking of a book I read long ago.  It was about the subject of "finishing well".  The book was intended for those in middle age as they looked back at where they had been and where they were going in their faith.

The thesis of the book was based on surveys taken in the Church of how many people who begin with Christ (who profess salvation and belief) actually end their life walking with Him.  At the time it was about fifty percent that remained "in the faith" to one extent or another.

If I remember, it did take into account those who fell in their walk and were redeemed... for restoration is what the Gospel is all about.  These were people who apparently left the faith for good.  Most of their decisions did not happen suddenly but slowly over time as they chose to follow another path than their original salvation (obviously there were many different reasons and choices with various people).

Only half... half of those who started out actually finished walking with the Lord.

There are many reasons I know that people fall away... or walk away... from the faith.  For many it is simply disappointment with God.  The life they thought they were going to get did not happen.  I saw this in the life of friends who were deeply into the "health and wealth" gospel.  Instead of finishing strong, they fell into depression because the expectations of material wealth and success created by their theology had not been met.

I've seen more people fall away from the Lord due to success than failure.  It would seem that the more we can depend on ourselves, our bank account, and our success... the less we need Jesus.  He becomes a shadow instead of a Savior.  I respect those who are rich in the things of this world and continue to be faithful to Him.

By the time I reached middle age, I had come to realize the older people I knew who walked with the deepest faith had also suffered much in their lives.  Honestly, I saw it enough that I came to wonder if God allowed the trials in our life not only to mold us and shape us but to force us to make a decision for Him.

Do we cleave or do we leave?

For instance, there was a lovely elderly woman our family knew when Christopher was a baby who was the sweetest Christian.  She always had a smile and never complained about a thing.  I had known her a couple years before I was told that her husband had been an alcoholic and she had suffered greatly because of it as she raised her children (who now had grandchildren of their own).

The church we attended together had many people who were related to each other and quite a few of those families could name her as a matriarch.  How amazing that those who grew up in probable dysfunction still walked with the Lord... as did their children and grandchildren.  What a testimony to their mother's faithfulness.

On the other hand, I knew a middle aged woman when I was in my 20s who lived with great bitterness over a wrong (I can't recall what it was) that had been done to her many years earlier.  Her entire persona was one of resentment and unforgiveness... to the point that she found it difficult to see the good things in her life, including her first grandchild.  It seemed as if a shadow followed her into a room instead of joy.

Both women taught me a lesson.  Our unhappy friend taught me to hold lose anything done or said against me. It is not worth collecting grudges for as we hold on to them, they make it difficult for joy to get through to our soul.  The Bible has a lot to say about unforgiveness and it rarely ends in one reaching their elderly years in peace.

I'd much rather be like my sweet elderly friend who not only survived a difficult marriage but flourished in her walk with the Lord.  I expect all of those hard days that became an equally hard life were spent holding on to the Lord for all she was worth just to make it through another day.

There is a difference in my thinking between now and when I read that book, probably twenty years ago.  I no longer take finishing well for granted as I did when I was younger.  Life has a way of battering and bruising one and I have come to realize that not only are God's mercies new every morning... so is my decision to trust Him.

For most of us, we do not have to be concerned about power, fame, or fortune dragging us off the narrow path.  Instead it is the day in and day out, same old trials and temptations, which have the possibility of wearing us down... and it is when we are weary that we are most prone to listen to the lies of the enemy.

So I'm thinking I agree very much with the quote by Spurgeon under the photo above.  As hard as life can be at times, I am thankful that I have enough uncertainty to keep me running back and clinging for dear life to the One Who Created Me.  If I am clinging to Him through life, then I know that path is leading me Home.
Posted by Brenda@CoffeeTeaBooks at 4:14 PM

I think it's best to be weak and clingy...keeps you safe. ;)

I knew a woman many years ago who had a life story that was...wow...but she clung to the Lord through it all. I heard her story when she was very, very old and, you know what, she was free.

Brenda, this is an excellent post. Thank you for taking the time to write it down for your readers.

I do believe you are right, it is our hardships that keep us close to the Lord and therefore they are instrumental in helping us to finish well.

What an amazing quote...

You know, I have only known one person who walked away. I wonder what the criteria was for deciding a person had turned back...church membership~attendance or based on what the person him/herself had to say. Interesting post. I really like your parting comments.

Tht is one of my favorite quotes. It has been on my fridge and bulletin board at work for years. Because it rings with truth.

Very thoughtful words, thank you. Life is hard, but the eternal results will be worth it all.

We've learned to keep looking to the Lord in everything. Are we perfect at it? No! But we know and trust in His sovereignty. And He helps us go through the hard things, He carries us through!