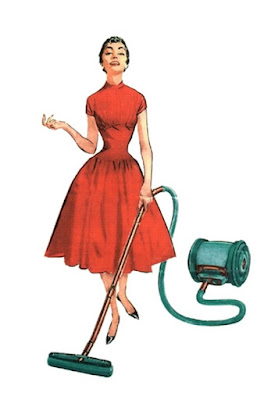 Wherever you live right now, the seasons are changing.  We seem to go from warm and soggy to cold and sunny and back to warm and soggy.  There is even snow in the forecast later in the week.  However, the calendar says it is spring and time for spring cleaning in my house.

It is always a daunting task to view the cleaning as well as lawn/garden work that must be accomplished.  Especially this year after recovering from what I now realize truly was a life threatening illness. I kind of thought the Urgent Care doctor was over reacting when he said I came within one day of it being too late but as I am recovering, it is now apparent how sick I was.  Note to self... next time see the doctor right away.

Thank God, though, recovery is happening and I was able to begin spring cleaning last week.  This year even more so on the "little at a time" clock.  I usually make a list of what needs to be done but since we are dealing with an energy level that comes and goes, this week I took it one day at a time.

I have found it useful to simply go to a room, look around, and start on what is the obvious work needed unless there was something I had already planned.  For instance, the one area that still needed sorting through with stuff taken to the Mission's thrift store was the sideboard in the Dining Area.  I set a large, sturdy box near me and a pillow to make it easier to sit and kneel on hardwood floors and took everything but a stack of Royal Albert dishes out of the sideboard.

I kept my very favorite silver plated serving platters and accessories and the rest went into the box.  All of them were purchased at Goodwill and thrift stores over the years when I actually would use them but now... let them go for someone else to be blessed and the Mission to have a little income from selling them.  Cheap.  To someone else.

It has taken awhile (a year perhaps?) but now every cabinet and drawer has been sorted through.  A lot has been taken to the Mission's thrift store but I make no apologies for what remains.  It is neat and tidy and what is left is what I enjoy.  Much like my bookshelves, I will in no way read every book that is there but I do like having them on the shelf where there are... possibilities.

That same day I dusted the various surfaces in the living room/dining area so I no longer look at a thick layer of dust (at least there...).  I dusted another room on a different day and did a little decluttering.  On another day, I went through the refrigerator (it gets bare toward the end of the month so that is a good time) and threw away old condiments.  The yellow "pantry" was sorted through and old stuff tossed, mostly things like the opened bag of mini marshmallows that has been there all winter.

Today I plan to sort through the main cabinet I use for canned and packaged goods in the Kitchen.  I last organized it not long before Christmas but now I'm looking specifically for items that are far past their expiration date.  While most canned goods can go years beyond expiration dates, those in boxes and especially shelf stable boxes of milk, broth, soup, etc. do not.  I stopped buying shelf stable milk after having it go bad unless used right away.  Only powdered milk is on the shelf now.

I found out years ago that it is not an old wives's tale that one should not keep mixes such as Bisquick very far past their expiration date if you have someone with a mold allergy in the house.  (I forget the science behind it.) Apparently, there have been cases of people getting ill so I don't push the limits on Bisquick (which I don't have in the house now, anyway) or pancake mixes.  I've gone back to using my favorite "from scratch" pancake recipe so I'd already thrown out the old-ish pancake mix.

Except for sorting through the sideboard, nothing took more than ten or fifteen minutes to accomplish but over a week I can already tell the difference.  Once the little things have been accomplished, I'll begin washing the inside of the windows.  Even if it is only one or two a day.

Hubby does those things that need more elbow grease such as mopping the floor.  He already does most of the bathroom cleaning (I did dust and clean up the vintage vanity in the bathroom that was my mother's).

By the time the weather is consistently warm, the inside of the house should look pretty good.  Then I begin on the lawn and garden.  Although I probably will get out on days it doesn't rain next week and begin cutting back last year's growth at the fence line before the perennial greenery gets too big.  It is easy now and much more difficult if one waits too long.  Easy is good.
Posted by Brenda@CoffeeTeaBooks at 10:50 AM

Its scary to think how close a call your illness was. So thankful that God had other plans for you!

I've been doing your 'bit by bit' method for a while now and it works very well. Before you know it everything is done!

I need to sort my bigger pantry storage in the basement, soon. Thanks for the info on shelf stable milk and broths etc...

So glad your're feeling better. A lesson learned (the hard way) -- your health is fragile; don't wait to see the doctor. We want to enjoy your "ponderings" for a good long time to come.

As I've aged I also have taken to more regular purging and cleaning out areas so that I do not have to tackle everything at one time in the spring and fall. The entire house may not be squeaky clean all at once as I used to do it, but this way nothing gets to be really dirty and it's easier on me.

Glad you have managed to accomplish some things, in spite of illness. Seems this winter has been a tough one for many of us!! I am still dragging myself along too...I am hopeful once the sun begins to shine again, things will improve a bit more. Trying to do things here "bit by bit" too as you describe....
Elizabeth in WA

You will be blessed from all those donations to the mission shop. It does sound like you need to see a Doctor asap with anything. Just being diabetic means smile things can be more complicated so it is best to err on the side of caution. I am glad you are improving but it can take a long time. Even after we are "better" tiredness can be a huge factor.
I always read your posts but I should comment more, I hope you see that I am reading via fb though! I have been also spring cleaning as it is change of seasons but for us it is Autumn. My entry cleaning and rotation has been my focus. I am doing more this afternoon. Similarly to you I have found mixes and shelf milk have short lives. I now keep only one or two long life milk and I keep them right at the front of the pantry so I can see they need to be used and incorporated into the things I am using or else they go stale. The same with powdered milk. I have found though with powdered milk if it is sealed still that it really lasts much longer than the use by date indicates. Still I need to be using it and rotating it. Now I make up a jug a few times a week so that I am catching up and will put some new packets into the pantry.
Parts of Australia had a cyclone last week. I am seeing many have water shortages and food shortages... and the price of any basics has gone through the roof i.e. $44 for a few bottles of water! These are times when simple things become like gold! It is a good reminder!
I hope you continue to feel better. Look after yourself and pace yourself! With love Annabel.xxx

Oh I feel better about getting rid of the cake mixes...four of them. They were a brand I did not like and they were well past their expiration date. Still, I had that old frugal bent rise up. Almost took them back out of the trash. 😜

I like how you are pacing yourself and clearing out things you no longer want or need. I took five bags out of my sewing room today. Three will go to Goodwill and two are just going to the trash. There is no way I can use all that fabric and yarn in this lifetime. I could start a cozy factory making tea pot cozies too small and bowl cozies.

Hope that Stephanie and family weathered the storm well. I hear that Massachusetts got clobbered. It's winding down here.