Sunday Afternoon Tea - The influence of a friend 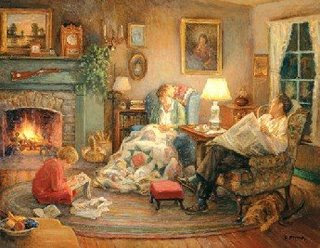 When my friend messaged me to tell me she was sending an email, I knew what it might be about.  BB and I have been friends since the 1990s, my oldest (as in how long we've known each other) Internet friend, including Kathy.

Her email was to tell me Kathy had been rushed to the hospital and was probably not going to make it.  Kathy hasn't been online since about the time this blog was started and we communicated through phone calls and letters.  I deeply dislike talking on the phone but BB and Kathy talk quite often.  I think Kathy knew how much I cared for her because she was one of a couple people I did chat with on the phone, my daughter being the other.

A couple days after receiving the email, Kathy's husband called us to say she had passed away during the night.  It was a bittersweet moment.  She had been in ill health and ready to meet Jesus for a long time.  She was where she wanted to be and we were left wondering about a world without her.

We were an unlikely set of sister-friends with me living in the Midwest, BB in Texas, and Kathy in what she liked to call "the third world country of New Mexico", the land of Hatch chilies and rattle snakes and scorpions.

Perhaps the greatest gift Kathy gave me was when I was going through the period of intense trials when she told me often she believed God was allowing me to go through great tribulations so I could help others go through the Great Tribulation.  Such conversations always ended up with a theological discussion about the possibility of the Church going through "the Tribulation" and how I most definitely did not want to be on the planet at that time.

I thought of those words this past year as I've watched my daughter go through her own time of intense trials with the house search and other "little foxes" along the way.  She would call or message to talk because she knew I had walked that path before.  Some would probably tell her to be happy she had a good temporary house, her husband has a job, and they will eventually get through this.  Those words don't mean much when you are in the thick fog of uncertainty.

Stephanie and I are both nesters, people who care about Home and growing our roots deeply into that Place God lands us.  I knew that feeling of being in limbo... untethered... unsure where the future would take us.  How can we make plans or write lists when everything is so unsure?  What about Thanksgiving and Christmas and our familiar stuff?  It was as hard for her as it was for me years before and all those little foxes, those small trials in comparison to the house search, seemed magnified when going through that level of uncertainty.

Through the years I have thought of Kathy's words as I write, especially here on the Sunday Tea blog posts. This has never been a blog which only talks about the pretty stuff of life, no matter how much I love fine china and tea parties.  For I know that life is hard.  Darn hard.  But I know that God never wastes any trial and He will bring us through as we depend on Him and His Word.

I also know that the trials are made easier when we wrap an apron around our waist and cook a simple meal or bake cookies for those we love.  Along the path of our journey from birth to that time He calls us home, we need the friendships provided along the way.  I'm thankful for the technology that allows close friendships with people I would have never met in real life... starting with BB and Kathy and continuing to those friendships made through this blog.

Someday we will meet each other in person and I'm happy to say at that time we will be perfectly lovely inside and out.  No more battling the flesh as we stomp our feet and pout or trying to hide those extra pounds.  I can hardly wait to see my son and my mom and hopefully my pets and my friends.  Kathy will be there with her beloved kitty, Pudge.  I don't know about the cow... but anything is possible in Eternity.

Sorry for the loss of your friend. So grateful for the lovely words you share here.
Nancy

Such beautiful words of friendship and love for one another. Your friend Kathy was right that you have a special ministry in this area because of what He has allowed for you to learn through your trials. You inspire so many, including me!

One day we'll all get to be together and share tea and so much conversation and we'll understand the 'whys' then and be amazed at God's goodness in fresh ways.

Love you friend, and sorry for this loss.

Dear Brenda: So very sorry for the loss of your friend. Thank you for your very wise words. Much love in Christ, (MD)

I am so terribly sorry for the loss of your dear friend Kathy.

I am saying prayers for you both and for extended families who also feel this loss keenly.

My heart goes out to you loosing such a friend...seems these days they are nearly impossible to find!! Our daughter told us last night how the couple who have been her best "couple, married, friends" had a BBQ which she knew they were having. What she learned on Facebook was that she alone was the only one of that group of people who spend time together who was NOT invited. Nasty. I told her how I was so sorry...I am not so sure these days how one even finds great friends...they seem in short supply. Last year was a trial by fire for me in that dept...involving the place of worship in a way I could never have dreamed...so much so, I am not sure I will regularly attend anyplace again...sometimes sure, but regular? Not for awhile anyway...and so again...you are blessed to have had this lady who was constant!! What a treasure!! Blessings as you traverse the path of grief...tis not an easy one.

Oh she would have loved this tribute. You made me smile with the remembrances. Friendship irl or url life is still that...friendship.

Whenever I am tempted to listen to that voice...I know who it is...that tells me my life means little to nothing because I enjoy home and haven, I remember how much Jesus loved being in the homes of his friends...that meal, that comfort of fellowship and hospitality were important to him. So my favorite, quotable paragraph begins "...trials are made easier when..." Sweetness.

My heart goes out to you in the loss of your friend. How very blessed we are to be able to look forward to eternity where we will be with our loved ones once again. The knowledge I will be with my son again gives me hope to keep going in this world.

I am sorry for the loss of your friend. You have written a beautiful post as a tribute filled with the hope of God's love and knowing that we never lose those we love in this life. Will be praying for you.

What a lovely tribute. Sorry to hear of your friend's passing. Yes, life is hard a lot of the time. My dad is in hospice right now, so as a family, we are in new unknown territory. Thankful he is passing to heaven, a much better place, and he is so ready to go!