Living the Pantry Lifestyle - Do we still need an emergency pantry? 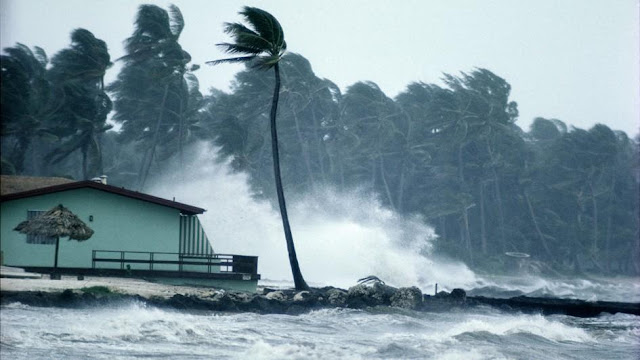 I'm finally able to answer a couple of questions, including one that was asked a few months ago.

First, about the Mountain House freeze dried food... I used to be against spending money on food prepared for long term storage except for basics like milk and eggs.  I had bought dehydrated food in the 90s and ended up throwing away part of it because we didn't eat it.  Even during a period of unemployment.  Yuk.

That's why my pantry mantra is pretty much, "store what you eat and eat what you store".  Having said that, I decided I wanted freeze dried food pouches for the grab and go bags (although now they are on a shelf where I can grab them quickly and put them in the bags).  The difference with companies like Mountain House is their food was created for people who are backpacking, hiking, and camping.  The original intent was not to sit on a shelf for thirty years.

It was easy to find reviews if they were good or not on Amazon and the technology to freeze dry food and package it has come a long way.  Most of their food has at least a four out of five star ratings and most I tried was very good.  Those I didn't care for was probably a matter of taste.

While there are some of their foods that are still only available in pouches, they also now sell food in cans for people wanting it to store in a closet for an emergency such as an earthquake or zombie apocalypse.  So that was why I changed my mind about freeze dried food as part of the pantry.  As I wrote recently, I also came to realize it was good to have them when the cook is too sick to ummm... cook.

I purchase Mountain House products through Amazon only because I use credit when it is available.  Meaning I have no birthday or Christmas gifts to buy or splurging on cute red garden shoes with chickens on them.  I do believe you can buy them (and similar brands) at stores that sell camping equipment.  I found purchasing items separately to be better than purchasing a 72-hour kit or something similar.  The cost is about the same and you get to choose exactly what you are getting.

To answer the question if I still believe we should deepen our pantry for anything like civil unrest, trucking strikes, crazy weather, etc., the answer is absolutely!  It doesn't take much discernment to realize the country (and the world) is a mess.  It doesn't matter if you are conservative, liberal, libertarian, or nonpolitical... it seems like the world has gone crazy.

There is "chatter" that another economic crash is possible soon and the headlines are of one major retailer after another declaring bankruptcy and closing at least part of their stores.  I think we have become ho-hum when we hear of North Korea launching another missile and Israeli sirens once again raging as missiles are being launched against that country.  Telling us the possibility of war in the Middle East is still a threat.

I read this week that after years of the drought in California causing problems with crops, now it is flooding that has destroyed many of the foods that come out of that state.  Southern states have had fruit damaged when the unusual winter weather went through after they were already budding.  All of which point to future shortages and higher prices.

Just last week, I watched a documentary about a huge flood in the Midwest that happened a little over a hundred years ago.  I'd never heard of it but they said WW1 broke out not too long afterward so that replaced it in the headlines.  What I found interesting was that stores on the East Coast had shortages of food and essentials because the trains which brought them could not operate due to flooded and damaged train tracks.  We always have to remember that we can be indirectly affected by something going on in another part of the country.

I think we get so wrapped up in apocalyptic scenarios that we forget our pantry is essential even if there is "just" a job loss.  A long time blog friend's husband went from being healthy to having a life threatening illness and he can no longer work.  Overnight.  Suddenly.  That is how most of the crisis in my life have happened.

We have had two different periods of long term unemployment and both times we survived due to a deep pantry.  Because we had basic foods on the pantry shelf, unemployment checks could go to bills and fresh fruit/veggies/milk.   My pantry is no longer very deep but it is still a priority.

My husband was talking about "what if" scenarios recently and asked what we would do if there was an EMP attack.  I told him I'm not at all concerned about it for that kind of crisis would probably happen suddenly and I would only have days worth of insulin left.  So unless God provided a miracle (and He could), I wouldn't last long after an EMP attack.

So I'm going to continue doing what I can, given the finances and the time and the energy available.  As God provides.  It is always a combination... a balance so to speak... between doing what He tells us to do and then trusting Him for the rest.  Such is all of life.
Posted by Brenda@CoffeeTeaBooks at 4:15 PM

Very good post! I think your perspective is good, sobering but good. God is in control and we can trust Him!

I want to be wise, but there are some things that are too big for us to worry about just as you are not going to fret about an EMP attack and I am not going to worry about that either nor a financial collapse. I saw your little reading companion at Instagram...so cute.

Since big changes are coming in hubby and my life this summer (retirement, reduced income, trying to make sure we are financially situated the best we can - which, because of decisions in the past is a challenge), and moving to the Northwest.....

I can say that trusting in God is so much better than fretting over everything. We think we have control in life, but that is mostly an illusion. It is God that has control. You are so right about an EMP - I have medication I also need and my husband needs insulin. We would not survive long, but we know where we're going, and Who will be there with us forever. I love your blog.

I've recently gone through the pantry and am reassessing what I'm storing. I don't worry about those big situations anymore. Its going to be the "being short" in the budget one month or .....like this weekend....a sick pantry.