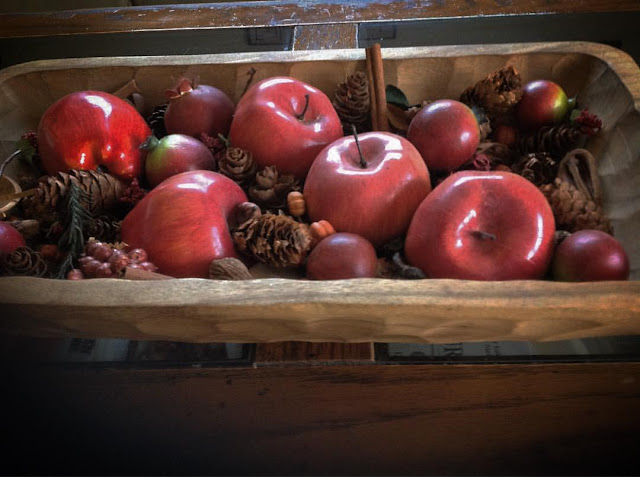 The steadfast love of the Lord never ceases;
his mercies never come to an end;
they are new every morning;
great is your faithfulness.
Lamentations 3:22-23 ESV

In the early days of this blog, I wrote once in awhile about the short season of time I spent living next to a pond.  The year long experience was still fresh in my mind back then.  I would sit on the cement stairs leading from the house to the pond, my Bible often opened to the book of Psalms. I would often pray while gazing at the water and the nature which would visit off and on.

When the weather was particularly beautiful, I would drive the few miles to Lake Michigan, sometimes hiking through nearby woods with my young son before sitting on a quilt covering the sandy beach, enjoying a simple picnic.  There was something about the vastness of that inland sea that would bring calm to a troubled soul.

The year at the pond was during a time when there was one heart wrenching trial after another.  It had begun a couple years earlier and would continue for awhile after we moved back home.  The end of that particular season of trials occurred when my husband went on Disability and we purchased the house where we now reside.

What I remember most about that year by the pond was that I was forced to live one day at a time.  I had no idea where we were going, how long we would have to live there, or what the future held.  It was the year with little and then no income, when God taught me about the need for simple blind faith, that He had a plan for us, and that He could be trusted.

It was a season of increasing faith, perhaps not in a way that I appreciated at the time but definitely a gift from God.  My son, at his homeschool high school graduation, spoke of the miracle that occurred when we were leaving that house to move back home.

We had taken one step at a time as God provided and we made the preparations to move back to my hometown.  We actually did not have the gas money to get all the way back to our destination, much less to purchase anything to eat.  Our short term plans were to spend a few nights at a friend's house while they were on vacation and take our furniture to a storage unit that we had rented for one week.

Our next door neighbor at the pond was a "biker dude" and just as we were pulling out with the car (my husband was driving the large U-Haul behind us), our neighbor ran up to the car and tapped on the window.  He gave me a hundred dollar bill and said he had been thinking of us and wanted to give us a gift.  Our neighbor had no idea we did not have any money.  That was just enough to cover our expenses on the way home.

I always get a chuckle when... through the years... people have said they wished they had the kind of faith in God that I have.  I assure them that they may want to be careful what they ask for as that kind of faith only comes from the fires of adversity.  He has always provided, although usually in a way I didn't expect and His timing was far later than I would have wished when going through the trial.

It has now been about a month since my husband's nearly week long stay in the hospital and there have been challenges.  But I have taken my thoughts captive (as the Bible says) as much as possible... and they are not allowed to go down the "what if" road for long.

I have also been reminded once again of what each day is like when the future is uncertain.  I can't tell you how many times when I'm falling asleep at night that I begin to feel anxiety but once I place my mind on God rather than the problem... there is overwhelming peace.

Even after a challenging day, I can awaken the next morning with hope for the future.  Like that year by the pond, I am living proof that his mercies are new every morning.  It is not just a Bible verse to memorize for hard times.  It is Truth.

In the meantime, the temperatures have finally cooled and it is looking more like Fall everyday.  What a gift!  My favorite season of the year.  The warm weather clothes are now in the back of the closet, the long sleeve tops are where they can be easily reached each morning.

My old and much beloved red flannel robe is hanging on the hook behind the bedroom door.  Purchased at the grocery store last week were ingredients for the making of chicken soup and oven baked beef stew.  There is something about Fall that draws me closer to God and I know that His mercies are new every morning... and every new season.
Posted by Brenda@CoffeeTeaBooks at 12:22 PM

Dear Brenda, What a beautiful post this is....May you find all the blessings and comforts of this season! You and your family are always in my prayers.

A good reminder of God's grace and love toward us. My son used to say that "God is a God of the last minute" ... just when you are at your wits end He provides. And I've seen that so many time in our lives. I do hope your husband is doing well; it is never easy to have a loved one ill. Take care and enjoy the lovely fall weather.

Yes, to peace coming when our minds are on Him. Praising God that He is more than able, more than faithful. What a wonderful testimony you share with us. Ever thought of writing a book? 😁

Such wonderful encouragement! This scripture has been fresh manna for me all week snd once again you are bringing God affirmation!

Deep faith comes from learning to trust God in difficult situations. You’ve come shining through having learned lessons that God is faithful!

Thanks for sharing that truth!

it is good to be reminded that good does come from our problems.

just knowing that helps as we go through them. good luck. Ann

I take rest in your post today. Its words are comforting and enthralling.

I'm reminded of that old song I needed during a very rough patch in my life many years ago... it was these words that helped me to get up in the morning. "One day at a time, sweet Jesus, that's all I'm asking of you. Give me the strength to do everyday what I have to do." I can relate to your words today. Thank you.

Many wishes for a beautiful week ahead...
Brenda L.

Nice writeup, Brenda...tis not easy these dark paths we are treading these days either. One wonders why life must be so hard...but thoughts of the next life at least are cheerful!! Tis important to go with the urges that we are sent sometimes...we may be giving a rope to a drowning person!! How little we truly know of what others are going through day by day!!

We had a similar experience with an old neighbor, We had moved here. Employment wasn't easy to come by at that point. My husband had temporary jobs, usually only had $25 a wk for grocery, even back when that wasn't enough. We received a call from a neighbor that lived below us in Chicago, wanting to come visit. We said, yes, come. I fixed us dinner, after dinner she gave me an envelope and said, God laid you on our hearts. I cried- the were a lot of money in there, it got us through for a while.

Last night as we prayed, I was mindful to mention to God that lo these several years ago when we stumbled upon the mountain that has become our prayer mountain, we said there for the first time that we would trust God with everything. How that has been tested and to what extremes! But I shouldn't change a thing as each new trial has taught us that leaning hard on Him is the ONLY WAY to live.