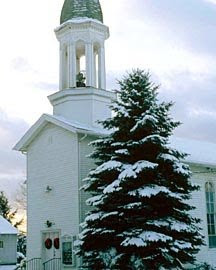 I've been writing about heroes lately and this week we saw a former hero to a lot of young people turn his back on Christ and everything his parents stood for.  I've been thinking about it a lot since then but first I want to remind us of one Truth.  A very real Truth all parents must remember.

Parents can do everything right and still have a child make bad decisions.  Adam and Eve epitomize making the worst kind of decision and they lived in a perfect environment.  Contrary to Freud, we cannot blame everything on our mothers... or fathers.  We have all seen kids from good homes go bad and kids from bad homes do amazingly well.

I don't want to speculate what led to Josh Harris, who became a pastor of a mega church, rejecting the faith he once promoted.  However, since he made certain through social media that everyone knew of his momentous decision, I do want to talk about it.  He did not go quietly into the night.

I read what his dad, Gregg Harris, wrote in our early days of homeschooling and I cannot recall it being anything legalistic... conservative, yes.  But I do understand how the courting instead of dating scenario Josh wrote about in I Kissed Dating Goodbye could morph into legalism.

We didn't do the courting thing but I didn't allow dating outside of group activities until my kids were sixteen, and even then I discouraged dating with marriage in mind until after high school.  I even prayed neither of them would find the person they wanted to marry until the appropriate time.

However, both of my children met and married people perfect for them... not perfect people for they do not exist... but people I love having as part of our family.  Is courting more legalistic than being careful about dating?  I haven't really thought about it much but like so many things, it could turn that way... and some articles think the backlash to that book started the crumbling of his faith in his youth.  I wasn't aware of it at the time.

But true legalism turns Christianity into a religion not unlike the Pharisees Jesus spoke against.  I was close to someone deeply hurt by growing up in a legalistic Christian home and I saw the results of her bad decisions.  I came to realize that under legalism instead of the right kind of grace, she figured that she could not keep all the rules so why try to keep any?  To her, Christianity was not about Jesus... it was only a set of do's and don'ts.

Why do I bring this up?  Because there has been a lot of speculation that perhaps he had been brought up in a legalistic home and that is why he eventually walked away from Christ.  I'm not so sure about that, even if the book that made him famous could be seen as more rules oriented than grace based.

I am thankful to Josh's parents as homeschool pioneers and his dad was one of the founders of the Homeschool Legal Defense Association, which continues today as arguably the best advocate for homeschoolers who run into legal situations.  I don't recall anything in their writing that I thought was legalistic and I'm quite sensitive to the subject.

The scenario with Harris reminds me a lot of what happened with Franky Schaeffer when he turned his back on the faith and went on to write scathing things about the Church and his parents.  The enemy of our soul is always looking for ways to get the proverbial foot in the door to bring down a Christ centered legacy and both of these men were used by him to do so.

It seems that at the center of each of these men, one of my generation and the other more my daughter's age, is a buildup of anger that may have resulted in an explosion heard throughout the Christian community but in reality... it had been smoldering and building for a very long time.

Do I still believe in living heroes?  Absolutely!  But as I wrote in a previous blog post, we must never put our heroes on a pedestal for most of them fall at some time in their life.  Obviously not to the point of rejecting their faith but human beings rarely reach the end of their years without making a dreadful error in judgment here and there.  I so often cringe when I think of something I did or said in past years.  We need to give our former selves grace, understanding we have matured in the faith since then.

We admit our mistakes (aka: sin) to God and ask His forgiveness as we also ask others to forgive, if that is needed.  Then we brush ourselves off, pick ourselves up (actually it is His strength that allows us to do this), and continue the journey we were on for Him before we stumbled and fell.  For my friends... we all will stumble.  We all will fail.

This is the lesson we can teach our children as we talk to them about heroes.  Real life heroes are not perfect.  But those who are truly brave are the people who keep going in spite of their hurts and disappointments with life. Biographies are full of flawed people who did great things without destroying their credibility.

Perhaps we need to think of the difference between hero and celebrity.  Just because someone is a super star and well known for anything, even as a pastor or teacher, that does not make him a hero.  Some are but not everyone.  Sometimes it is just good marketing.

I remember when I found out about the secret life of a well known Christian artist and author.  I adored his books on creativity.  If he had repented and changed his ways, even though he had taken a wrong turn, his books would be on my bookshelves today.  They still had good advice but they only reminded me of his hypocrisy when I read them.

But my bookshelves do contain books by people who also made wrong choices, those who made bad decisions but who did repent and used the lessons they learned to eventually return to teach others how not to make the same mistakes.  That is the grace God offers the humble, the repentant.

I still believe in heroes and they do exist not only in the past but also today.  Some of them are known to God, others are known to a few people, and some are allowed to reach celebrity status.  I am pretty sure that is why the Bible warns those who teach to be careful for they will especially be judged.  Their influence could affect many souls if they left the faith.  Perhaps this is a reminder for all of us to remember there is a difference between heroes and hero worship, heroes and celebrity, and heroes who are regular people simply doing heroic things.

In the meantime, I pray for the Harris family for while one is transforming himself... as did Franky Schaeffer... into a superstar of the disenfranchised former Christians, there are many in his family and sphere of influence who are heartbroken in the fallout.

Posted by Brenda@CoffeeTeaBooks at 6:35 PM

This post just shows that you don't have to be a minister to be called of God. Brenda, you surely have a ministry blessed by God. I surely appreciate the words He has given you today. Blessings and prayers for healing for you, Sharon D.

I do not know of this man, but I can pray that as he yields to the Holy Spirit, he finds his way home again. The Father is waiting. It has always amazed me what spectacular goofs the heroes of the Bible were. It is quite remarkable that their unvarnished stories are even told. God loves us!

A thoughtful post. You have stirred my thinking as well. I am just going to mull over some things here.
I am not familiar with Josh Harris, but I am familiar with pulling away from Christianity. I feel some sympathy for Christian celebrities who let religion go. I was brought up in an evangelical denomination and as an adult during the 1970's moved to the Jesus movement, which was also very strict in spite of the outward casualness. When we moved to the Midwest in 2005, things fell apart.
While I still think Jesus was a special person, and might have even been the son of God, I realize that that that doesn't really matter what I think. God is who he is and while he might deign to do this or that in the world, I can only accept it. You don't have to be a Christian to live a moral life.
I regret that I spent so much of my life - over 50 years - pursuing Christianity but I am also thankful that I had moral (for lack of a better word) family and friends because of who I associated with. But Christianity is not the only morality teacher.

Really good post, friend. I think that many children of famous people (even only'famous' in their own circles) can tend to ride on the tails of the parents and not really develop their own faith. As Michael Farris put it, 'relying on formulas.' When the formula didn't work out, then they start to question their faith. But we know faith isn't a formula, its a person, Jesus Christ.

To me, a person is a hero in spite of their failings, because we all have failings. Heroes just keep getting their eyes back on the savior. Josh Harris knows how to sell himself, and is now selling himself to a new audience. I hate to see it happening, and pray that he will find true faith.

Your words about children who wander really hit home. I wrote about our own prodigal sons on my blog a few years ago. The pain of that is deepened by fellow Christians who blame the parents. "If that were my kid, I'd _____".

I remember hearing about his book on Focus on the Family years ago and thought it was a bit over the top. And I'm also cautious about children of celebrities who ride their parents' coattails to their own fame. We all need to be as good as we can be at parenting, but ultimately, as creatures with free will, our offspring will make their own decisions.