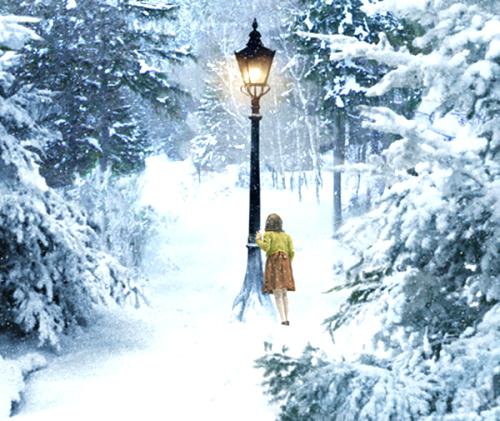 If there is one subject that can be talked about for hours in a group of book lovers, as they sip coffee or tea, it is that of our literary heroes.  For if there is anything great fiction can do, it is to provide for us good stories and great heroes from a time and place that we could never visit in person.

I was already sketching out this blog post when I saw a talk given by Andrew Peterson on the NRB channel about how important reading was to his life and how what he read formed who he is today.  Not only was it funny at times but it reminded me so much of my youth and my children at the same ages.

What can I say about literary heroes?  Well, they come in all shapes and sizes and genre.  From great Russian classics, old Roman stories, Biblical epics, to Goudge and other more modern writers... they inspire us and teach us about heroic virtues.

Goudge you ask?  Heroes?  I thought her books were about Great Britain and relationships with a touch of God thrown in.  Have you read The Elliot Trilogy?  I read an article about the first book of the series, The Bird in the Tree, and in it the writer said this book should be required reading for all newlyweds.   For they thought there was no greater story about marriage than that book.

I would include Pilgrim's Inn, too, although so many of us think of it more as being about the affect our homes have on us and others.  For in this second book of the trilogy, we see the outcome of decisions made in the first.

Of course, The Heart of the Family continues the story but why I love this book so much is that it shares how different generations view the world.  If newlyweds should read The Bird in the Tree, then those of us of more mature age should read this book.  Among the heroes of this story are those who are no longer healthy and able to get around easily.

I think the reason so many of us love books by Elizabeth Goudge is that they give us everyday heroes who experience life as we do so often.  I would say many of D. E. Stevenson books do the same.  Vittoria Cottage also reflects heroism of a wife married to a difficult husband and how she remained faithful until his death and learned to truly live again afterward.

I love to read stories of people in times past who faced their own giants and fought the good fight of faith.  Did you know that when the Bible was outlawed in Russia, there were reports of people coming to Christ by reading Dostoevsky's books?  Fiction can be used by God to create a world in which the spiritual eyes can be opened in the midst of a good story.

Of course, when I think of the ultimate stories of Heroes, then I think of C. S. Lewis and J. R. R. Tolkien. In this case, while I usually prefer books (and I have heard of grown ups shedding tears when they finished The Lord of the Rings trilogy!), the movies are excellent.

I love that scene in The Return of the King when Aragorn is crowned and everyone is bowing to him.  Then he comes to the four Hobbits and tells them that they are to bow to no one, and he bows to them. True strength is a humble spirit, recognizing the small ones who were the true Heroes of the story.  Sigh... I think of that scene so often.

Lewis gave us unlikely heroes in the Narnia books and the Space Trilogy.  Rarely was it the person we would expect that saved the day, instead it was that individual who at first doubted themselves who... through the stories... began to realize the gifts and strengths given to them for the quest.

Lucy was the youngest child, a fact not lost on decades of children being read the stories at bedtime.  The Hobbits would definitely qualify for "the least of these".  Unlikely heroes who took up the sword and fought the giants in their path.  Including Samwise, the gardener, without whose faithful friendship and courage, Frodo may not have thrown the ring in the fire.

Like Dostoevsky, stories which point us to the One True Hero.

I still smile thinking of my son's first great literary hero.  He wasn't much of a reader of novels, most of the books he brought home from the library were nonfiction books about subjects he was interested in at the time.  Then he discovered The Count of Monte Cristo and developed a great affection for this epic story.

Like most of these books, there was a hero that captured the imagination.  Someone we could learn from.  Someone we wanted to become or at least... take on many of their heroic attributes.   My son was incensed when he came home from seeing an adaption of The Count of Monte Cristo at the movie theater because, as he said, they changed the ending and missed the entire lesson of the movie.

Yes... the moral of the story!

Our heroes from books do not necessarily need to carry swords and fight dragons.  My first hero was Nancy Drew and the seeds were sown then for my love of a good mystery.  I have come to realize that my enjoyment of mystery novels and shows is this... there is a great problem and someone puts together all the pieces to resolve the mystery.  I find that inspiring, even when it is not very realistic.

But isn't that part of the beauty of a good story?  It takes us out of the normality and realism of our day to day experience and places us where we can view another life... another time... sometimes even another reality... where the story is lived out in such a way that we can view there what we would never see in real life.  A good author is one who does not have to tell us the moral of the story, he or she guides us there to find it ourselves.

For your listening pleasure, I found the audio version of Peterson's talk at Wilberforce Weekend and in it, you will hear about the genre that sparked his imagination (one that my son came to enjoy, too).  So much of what he says is the same thing I found from a childhood where books were my special friends.  They still are today.

Mentioned in this Blog Post
The Bird in the Tree... here.
Pilgrim's Inn... here.
The Heart of the Family... here.

Vittoria Cottage... here. (You may want to search further on Amazon for third party options, or try to get it from the library.  I don't know why the series is no longer available for the Kindle.)
The Lord of the Rings... here.

Link
Andrew Peterson's talk at the Wilberforce Weekend in 2018... here.

Posted by Brenda@CoffeeTeaBooks at 1:11 PM

That scene in Return of the King is also my most favorite of the whole series. It just seems to sum it all up. Not everyone makes it out alive (well none do, but some go sooner) but we all celebrate in the victory either from here or there.
So many times books have filled my need for emotional and mental food. I fear I have gone without reading this kind of book (I think I've read all those you mentioned in the distant past).
Thank you for your post.

Well I shall save the Talk for tomorrow when I’ll be tethered and needing something to occupy my thinking, which reminds me to pack my earbuds.

I remember how thrilling it was to watch that scene in Return of the King. I dearly loved that movie trilogy, but have never wished to rewatch it...such an investment of emotional energy, but perhaps, with a little more time, I could try watching it again. I have the dvds so it wouldn’t be too difficult. I remember thinking it was a perfect analogy for the times when it came out.

Hope that you are staying cool and pacing yourself!

I agree with you about literary heroes! I love introducing them to my children as well, and they've introduced me to a few. You have formed much of my recent years reading, Goudge, Stevenson.

I'll listen to the talk soon. I just got Kyle started on Andrew Peterson's books. He loves them!

Recently saw a wonderful hour long program on CS Lewis about his life...especially as a child and with Joy. Wonderful!! I never read his fiction books, as not into that sort of literature, but I did enjoy the set of movies made of them that we got for our kids.
Elizabeth

What a wonderful, no amazing, even brilliant talk THAT was by Andrew Petersen. On rereading The Chronicles of Narnia, “...a literary retreat indulging some of my childhood reading tendencies to give my brain a rest... The reintroduction of fairy tales to my redeemed imagination helped me to see The Maker, His Word, and the abundant human, but sometimes Spirit commandeered, tales interconnected...” On finally reading The Lord of the Rings: “That exquisite spray of refracted light.” Wow! Oh, and one last thing...”we are escaping FROM and not TO.” So guess who will be visiting your Amazon page soon and ordering a set of The Wingfeather Saga for a couple of grandsons who have recently had one of “those” conversations with their grandmother. So thank you so much, Brenda, for sharing such a treasure. I hope everyone will give it a listen so they, too, can be as enchanted as I was.

Now on to learn more about his music!

I am SO behind. It has taken me forever to come and view this post, what a TREAT. Thank you SO much for writing this and including awesome links. CanNOT wait to listen to Andrew Peterson's talk. Sunshine