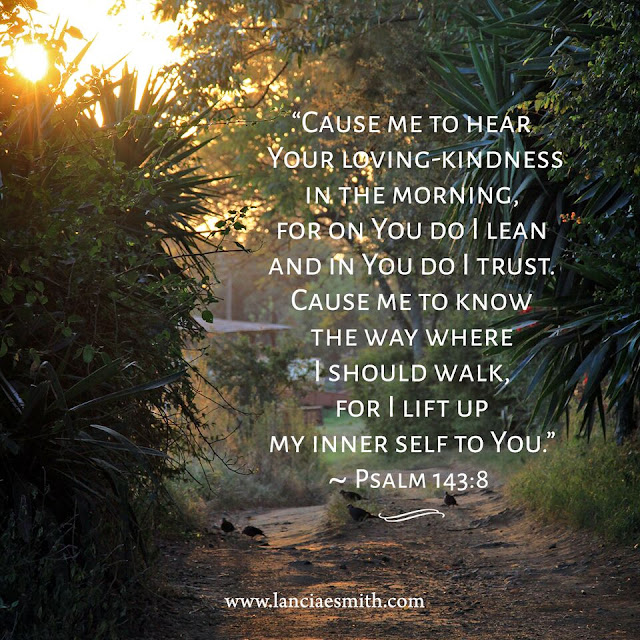 So often it has been in the darkest of times that God has made His light known.  That is exactly what happened this past week, which started with me telling Him that if He didn't intervene... I would not "finish well", thank you very much.

Finishing well has been a goal since I first reached middle age and began to notice the number of people who had started their Christian walk close to Him that were falling along the wayside.  While I don't doubt they would reach Heaven, their legacy was tarnished along the way.  Life is full of choices and they had not chosen wisely.

I wanted to reach old age as one of the men and women who chose the good way and finished well.  One who crossed the finish line bruised and battered but did not give up.  This past week, the temptation was to take to my sofa in disgust and disappointment with the Father, the Son, and the Holy Spirit.  (Don't worry when this happens to you, God can take it. He knows how you feel already.)

This feeling didn't happen suddenly, it was an accumulation of tests and trials which have been building for awhile.  You know when you reach that point again.... as you think you will topple off the cliff of faith when the smallest of trials seem as mountains before you.

I have become convinced over the years that God smiles when we are in the midst of such darkness.  Not because He is unfeeling but because He sees the entire picture and we see but that minute... of that hour... of that day.

How foolish are those of us who were created from dirt.  How we forget Who breathed life into us in the beginning. Sometimes we let the dirt override the glory just by letting our mind look in the wrong direction.

God began to break through my darkness with many small miracles, some would not call them miracles but to me they were.  My daffodils started blooming.  I received a lovely message from my daughter.  A gift from a friend brought smiles.  All arriving at a time when they were needed. Individually they would be appreciated but together they were glimpses of His caring.

How He brings together nature and people and gifts are beyond my comprehension but He also engineered that I would be listening to a message just when I needed it. I was resting in the family room when I noticed a favorite speaker was just coming on one of the programs.  He made a statement that at first made me laugh... and then made me think... and then made me realize how profound was that Truth.

He went on to explain for instance, in the way we view eschatology.  A person who believes Jesus could come today will usually view the news and current events slightly differently than one who believes Christians go through the Tribulation.  They will view current events differently than one who does not believe Jesus is coming soon at all.  People can see the same events and form a completely different conclusion because of what they expect from life.

It was like a light bulb was turned on in my soul.  I had been looking at even the smallest of trials as if they were all giants in the land.  It seemed as if each day to come would only bring the same trials and now there were new challenges.  In a week I was having a hard time seeing... literally... God opened my eyes spiritually.  Again.  As He has other times when giving up seemed all one could do.  You would think someone would learn by now.

As if He wanted to really get His message through, during this week I learned about the new song by Nicole C. Mullen, co-written by Kathy Lee Gifford, and the title was... get this... The God Who Sees.  Yes, I downloaded it already and listened and listened.  There is also a video released last week, which I will provide a link.

Did any of the trials leave?  No.  The same problems that were there on Monday are there on Sunday.  What did change was the way I see them.  First through the little things like hearing from family and a friend's loving gift.  Seeing that winter is beginning to leave.  Spring is here.  The daffodils tell me that even if the trees are bare.

The one who says it all the time needed a reminder.  This isn't Heaven, yet.  But God does not forget us or forsake us on the journey there.  I need to keep my eyes on the goal and not on the giants in the land.  Thank you for your much needed prayers.

Mentioned in this Blog Post
Nicole C. Mullen The God Who Sees music download... here.
(Amazon music but I'm sure iTunes has it, too.)
YouTube video of The God Who Sees... here.

Disclaimer: Most links to Amazon.com are Associate links

Image:  Someone who helps me keep my eyes on Beauty and the Lord is Lancia Smith.   Especially in The Cultivating Project... her lovely online magazine... here.
Posted by Brenda@CoffeeTeaBooks at 5:02 PM

A very special post, Brenda. God is going to use this in so many of your readers’ lives, including my own. I have been seeing the Giants for quite some time. It helps me to know that The Lord will deal with them, not I. Sometimes we hang on by a thread when we should let go and allow Him to do the work. It is so far beyond me.

Off to listen to the song.

How wonderful to see God in the "small things". There was no instant miracle but seemingly small gifts that let you know God was still there. Praying for you dear one. Blessings and love to you,Sharon D.

Such s great post, friend! I just spent a few hours at the Cultivating Project. Thank you for sharing that with us!

Thank you so much for the encouragement and reminders you share here: to walk on through the valley, to hold on to hope and look to His light ... and you are always in my prayers...

Thank you so much ..right where I am now...I have been thinking , it isn't really that the trials are worse , as much as how I am affected by things seems much harder as I begin to age. (60 now) , not handling things the best, probably trying to do things in my own strength .Your post is encouraging !

Beautiful video - and such a good post Brenda. This is also where I am in my life right now. I need to remember God sees me.