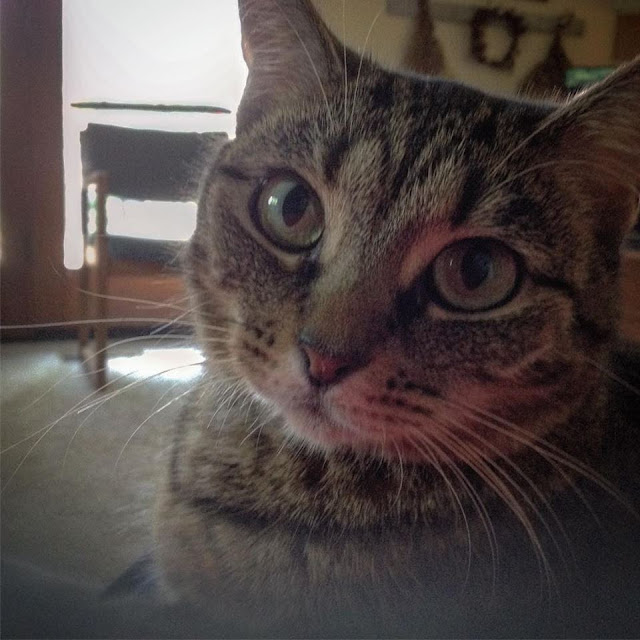 I don't post photos of family much these days.  However, I thought it was time for a little updating.

Of course, the above photo is of the furry member of the family.  I find it very difficult to get a photo of Florentine.  Unlike Victoria, who would pose whenever the camera came out, I have to be sneaky with this kitty.  The one photo I took that was not blurry was a keeper.

If you follow me on Instagram (@coffeeteabooksandme), you already saw the above photo and this photo of Piper.  Obviously with the whole eye thing going on, I haven't posted to Instagram as much but sometimes I throw in a new photo.  Her daddy sent this one to me.  ;) 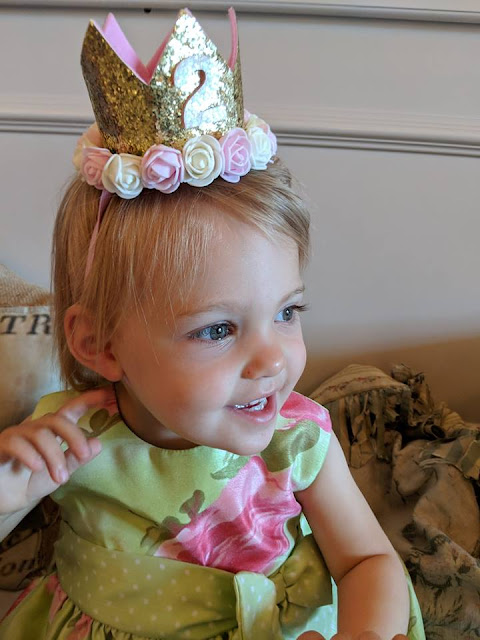 Piper just turned two, can you believe it?  She is adorable. 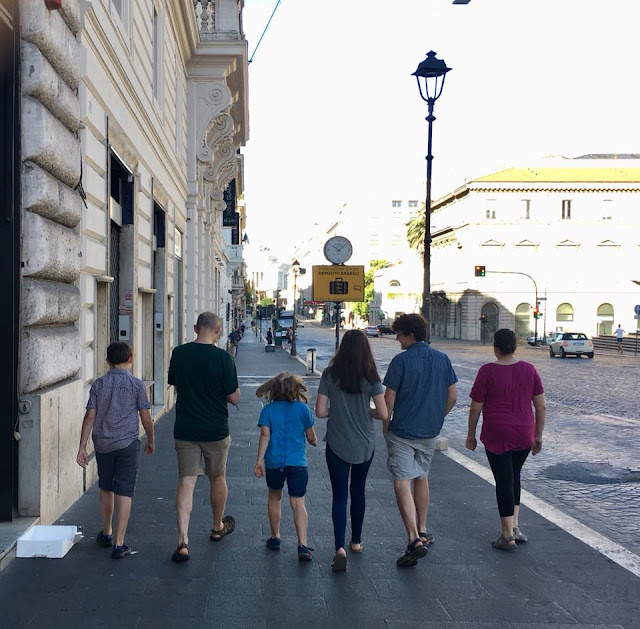 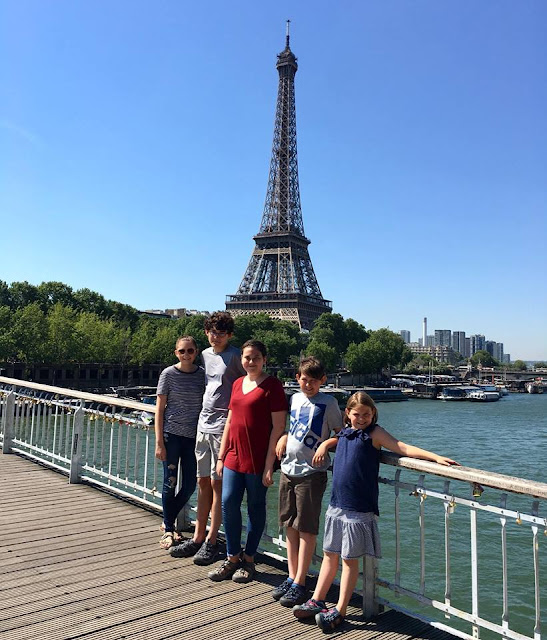 What an amazing trip that was for them.  It was possible with careful planning, research, staying in Airbnb rentals instead of hotels, and very inexpensive airflights. 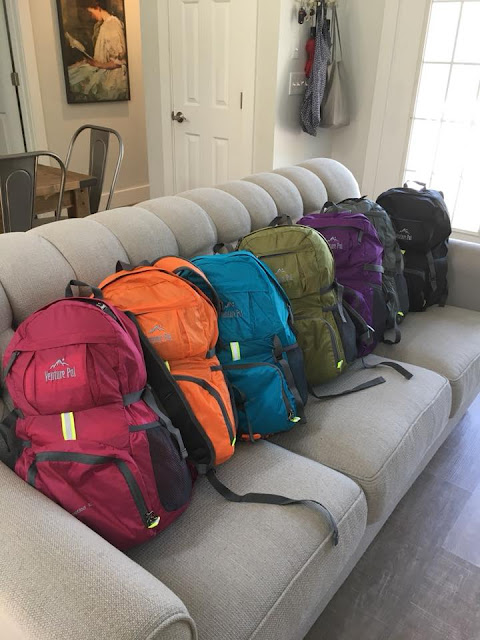 Those cheaper tickets were possible because they traveled light.  Yes, three weeks in Europe while taking only what fit in each person's backpack.

Stephanie sent this photo to prove they were packing light. 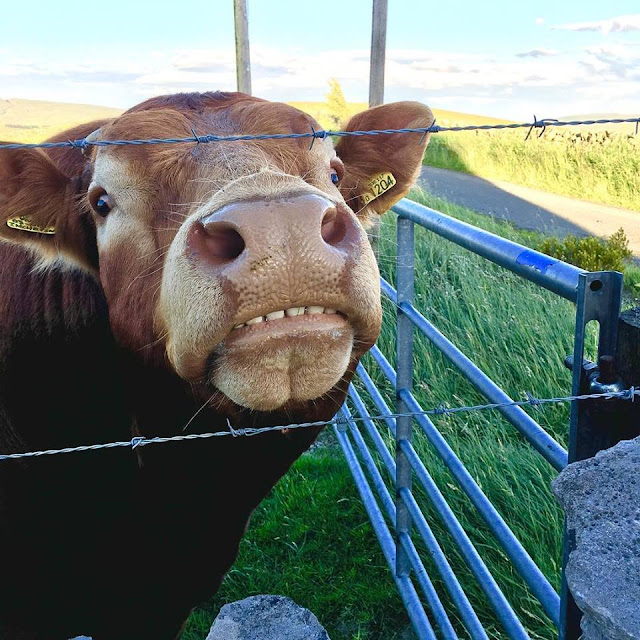 They posted a lot of beautiful photos of the trip but one of my favorites is this photo of Billy the Bull.  Stephanie knows how I love cows and there was a field next to the first place they stayed in England.  Billy had quite the personality so I loved his photos. 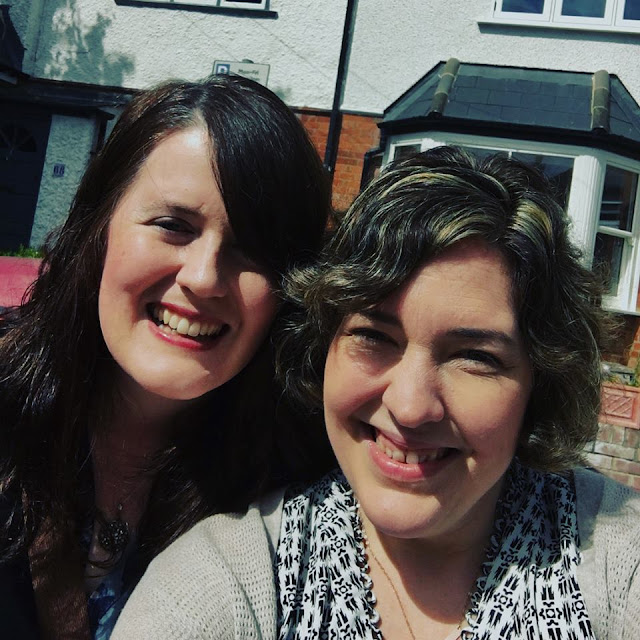 Stephanie was in Oxford when Sarah (formerly Clarkson) arrived back from a trip so they were able to see each other.  I love this photo even though they were both squinting with the sun in their eyes.  She not only wanted to see Sarah and her husband but also baby Lilian.  I hear that is one cute baby.

I agreed to be on the launch team for Sarah's new book (of course) so you will be hearing about it soon.  It is called Book Girl. She gave Stephanie an Advanced Copy and she says it is amazing.  Release date is September 4th.  I added it to the Amazon Widget on the sidebar since it is available for preorder.

So I hope you liked catching up a bit with the family.  I will be back on Sunday!
Posted by Brenda@CoffeeTeaBooks at 10:07 AM

So fun seeing the grandkids. They're all growing up so fast! Take care my friend. Praying for your eye sight!

I can't imagine traveling for 3 weeks anywhere with just a backpack. Way to go!!

Glad to see you back during the week. Prayers still being offered for your complete healing.

I loved following along with Stephanie and family on their European trip! That Piper is such a cutie! How can she be two?

So glad to see a post from you today. Piper is so presious..hope you get to see her often. Wonderful trip for your family. Stay cool..summer is HERE! Praying for you. Blessings, Sharon D.

Stephanie and Sarah are their mothers’ daughters...they look so much like them.

What a wonderful time for the grands and their parents to visit Europe. A grand adventure they’ll not forget! You made me laugh with the comment about Paris with the Eiffel Tower above their heads. Yup. That’s a giveaway.

Florentine has the sweetest expression...that photo is a gift.

Thanks for sharing your family photos. I'd like to see inside those backpacks! What an exciting adventure for your family!

What a wonderful family off on an amazing adventure! I am so glad you were able to share these great photos. And, yes, Piper is looking very sweet there! I hope and pray your eyes continue to heal!

Awww! What fun to see the photos of your family and your kitty! Piper is defintely a little doll! And what a fantastic trip for your daughter and her family! What a challenge to carry everything they needed for their trip in just a backpack! I’m sure they made lots and lots of wonderful memories! Thanks so much for sharing! Praying for your continued healing! Take care!
Hugs!
Laura C. (WA)