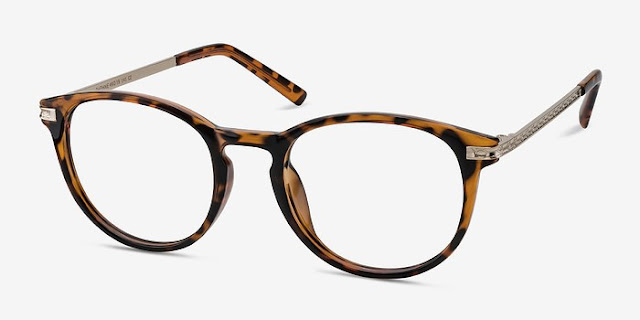 Okay, I'm not late writing a post today because I procrastinated.  When I went to the pharmacy yesterday in the midst of pouring rain and storms, I was told (unfortunately) that they had not heard back from my insurance company.  Since I had taken my last shot of long term insulin before leaving, they suggested I go to the clinic to see if I could get help.

Once again in very bad weather, I drove to the clinic and thank God (literally!), they got me in to see the Nurse on Call for the the day.  Another answer to prayer was that my long time doctor was there, having recently returned from his leave of absence, so she could consult with him.  Their decision was to change my insulin to a "cousin" of what I have been taking and give me two sample pens to get me through as we find out if the insurance covered it.

I'm happy to say the prescription did go through and it was at my new pharmacy this morning, again getting out in the midst of storms and pouring rain.  If you remember, this chaos began when my long time pharmacy went out of business and all prescriptions had to be transferred to another pharmacy.  Why my insurance company decided in that transfer to stop paying for Levamir is a mystery to all of us.  I ended up in Intensive Care for two days before we moved to the house where we now live because I missed just one shot.  One. Shot.

I'm late because I took a chill yesterday morning in that cold rain and wasn't feeling well the rest of the day so I went to bed at 9:30.  Which caused me to wake up at 4:30.  Getting out in heavy rain again didn't help so I had to lay down when I arrived home and slept most of the day.  Here it is dinnertime and I'm just now feeling alert enough to write.  But the good news is that there appears to be no permanent illness caused by getting very wet and chilled.

So why that blog post title?  Well, I have found that God allows me to go through something to share with others so He can tell you all what to do.  Just in case.  I was praying about all of this when I wasn't stomping my feet and whining to Him about the state of health care in America.  That still small Voice seemed to be asking what I learned from all of this.

That was easy.  Do not procrastinate.  I usually do not go to the pharmacy for a new box of insulin until I have one pen left because the insurance company doesn't allow it until two pens are left.  But this time I felt I should check if the transfer of prescriptions went as planned with two pens left.  Good thing I did.

For the pharmacy where all the prescriptions had been transferred informed me that they did not take my insurance.  Fortunately, they were very nice and looked up for me pharmacies which did.  Which ended up being everyone but them.  So I chose the one closest to me and had my prescriptions transferred.  There was a glitch in that transfer so my new pharmacy had to request new prescriptions from my doctor's office and that took an additional day.  That transfer went just fine except for the Levimer and you know that story.

I'm sharing this very long and drawn out story as a lesson that we have to learn to hear from God.  If I waited until the time I normally do, it may have ended with me going to the Emergency Room for insulin.  Instead everything fell into place, even if it took a lot of running around each day, and I had sample pens last night when my insulin alarm went off at 8:00 (this is the only shot I take not associated with a meal time so the alarm is set on my cell phone).

Oh, I was asked how much one box of the Levimer cost.  The box of pens that lasts me only thirteen days?  $460.00.  Which means that only one my insulins costs over $1,000 a month.  I know the HumaLog isn't that much but it isn't cheap.   This new insulin I'm taking is "kind of" a generic.  For there aren't suppose to be any generic insulin. (Insert rolled eyes happy face.)

I did procrastinate somewhat about finding a new eye doctor when mine moved away.  There were only a few places in town that took my insurance.  However, even though my prescription changed a few years ago, you are really not suppose to get new glasses when your blood sugar is way too high like mine was for a year or two.

So now that my blood sugar is stable, I chose a new eye doctor and I was able to get an appointment quickly.  My insurance covers a limited number of styles but they assured me I could pay out of pocket for something fancier.  I told him at my age, one realizes good is good enough!  I think the new frames look just fine even if they are not inscribed with a designer's name.

My reading glasses breaking was the reason I decided it was time to stop putting off going to a new eye doctor, for the reading part of my bifocals hadn't been all that clear for years.  No backup there.  It had been obvious for awhile that I needed new driving glasses, too.  Sometimes God has to practically hit me in the head (think Gibbs on NCIS) to get me to call for an appointment.  How like Him to know if I couldn't READ, that was all it took.

I think God is reminding us that we live in a time when one doesn't know what an insurance company will do next.  So if you have been procrastinating a much needed doctor's appointment, or getting new glasses, or seeing a dentist... call for an appointment Monday morning!

Trust me.  You will be very glad you did.  I now have to put "find new dentist" on next week's planner.
Posted by Brenda@CoffeeTeaBooks at 7:42 PM

Dear Brenda I am happy to hear everything has worked out for you but please be cautious about keeping warm. I have a question I hope you will answer for me. What kind of cell phone do you have that has an alarm on it? I think that is an excellent idea. Take care of yourself.

I need to get the kids in for dental appointments.

Good thought on not putting it off.

Check into Prescription Hope. I friend at church recommended this to my husband. You apply on line and if you are approved each scrip is $35.00 per month. They will send you the paper work and you fill it out and send in required documents... proof of income, tax returns etc. My husband was on Lantus which they covered, and Humalog which was covered but there was a spend down due to the manufacturer. I hope this may help you.

Yes....these sorts of things take up so much of my and Michael's time. Most years now we have a new insurance carrier and it takes so much time to get it all sorted out and what pharmacy will fill our prescriptions...where I can take the kids for eye care, etc. I have to remind myself to be thankful that we are being taken care of, even if it's not how I would want to be taken care of. We definitely have to be pro-active and on the ball about things. I'm worried about getting my prescription refilled in time for our trip. I should probably count my pills out soon in case I have to get some sort of dispensation from my dr to get extra pills.....I dread thinking how long that will take to orchestrate!

Brenda: Praise the Lord that you are alright!!! I am so glad you did not catch a cold too. Thank you do very much for writing about this. (MD)

So glad you were able to get your prescription and new glasses. A hard trial to go through for sure but thank you for sharing your experience. Take care of yourself. Love, prayers, and blessings to you, Sharon D.

Scary business! Scary times! I am so grateful that you were able to get your insulin Rx in time.

Oh, so glad you got your insulin -- thank God for keeping you safe. I've been very proactive these last couple of years in renewing prescriptions even if I'm not using the total amount so that I will have "extra" set aside for when the SHTF. Also keeping extra vitamin supplements, etc. that we use regularly. It pays to be prepared as much as we can -- helps keep the stress level down.

I know I checked into the Walmart brand insulin....just in case with the husband. Of course, its not in a pen form, but only $25 a bottle and apparently available without prescription. As I told him, if he was ever without insurance or in a dire pinch he might want to have the ability to dose himself with those. The strips are inexpensive there too.....however, the DOCTOR doesn't prefer them because they cannot download his meter directly. I pointed out that he was an accountant and could probably spreadsheet his number himself. wink I did stock a Walmart meter and a few strips for just in case....he would drop his meter in the toilet. (he did, really)

Up until this last pair of glasses, I was purchasing mine online at Zenni Optical. I think my progressive bifocals were something like $80 shipped.

I would ask the doctor again for a couple extra pens, Brenda. A back up in case of bad weather, you not feeling well enough to get out or (as we sometimes had with Walmart) the pharmacy not having insulin in stock.