Living the Pantry Lifestyle - Back to Basics 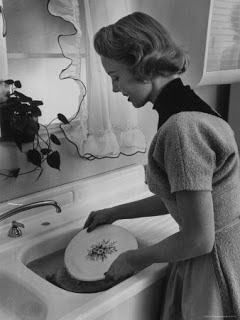 When I first began this blog, I would write a post about stocking up once in awhile.  Using information from those days when I was an Admin. on a preparedness forum.  Within those posts, I would often write that having a pantry is much more than just stocking up on food and supplies, it is the very lifestyle people on the planet lived until the invention of refrigeration and canning.

Food was enjoyed in season and then much of it was prepared for the winter ahead.  Those who came before us originally preserved food by drying, salting, sugaring (is that a word?), pickling, etc..  Later housewives spent harvest seasons canning meat and produce... and many do so today.

There were no such things as Preppers back then.  Everyone was a prepper.  Even urban families would be viewed as survivalists today.  Everyone lived a lifestyle that I call a "Pantry Lifestyle".  One always, in times of harvest, had to think ahead to how they were going to get through until the time of the next harvest.  This included not only food but heat and light as well.

That's why I stopped writing posts off and on and decided to write a weekly post about living this Pantry Lifestyle.  I'm still amazed that I can think of something new to write about, which is why many posts this past year have been more orientated to "this is what I'm doing and learning right now".

So I thought it would be good today to step back to the beginning and provide links to the original stocking up posts.  Those from "way back when", ancient in blog years.  Should you desire, you can click on the links and go back to the basics.  :)

I'm having Internet issues so I hope to get this published and return tomorrow with the Sunday Afternoon Tea post.  We've had a lot of rain and the DSL cables seem to not appreciate getting soggy, not to mention we are on what is the equivalent of an Internet Party Line here in the country and weekends are when a lot of people are vying for the DSL.  It slows down a lot.

My original Stocking Up posts... here.

While most posts are stand alone, there is some overlapping of posts between the two titles.
Posted by Brenda@CoffeeTeaBooks at 12:33 PM

These are such good posts. Your sharing your thoughts on how and why and what you stock up on, makes it easy for us to think through our how, why and what.