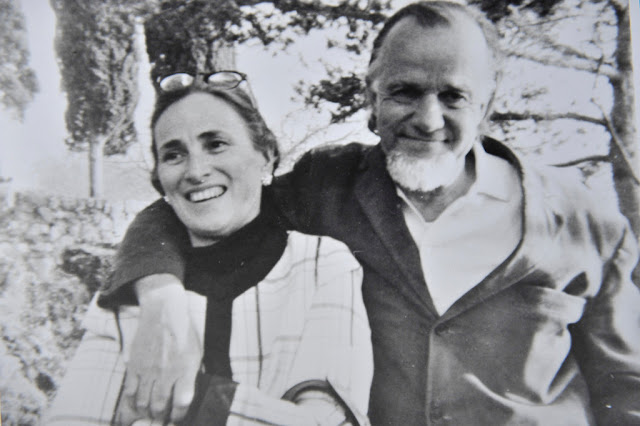 I've had a lot of questions from people who have never read an Edith Schaeffer book as to what to read first.  I think it is a good idea to go back to the foundations, to really understand the affect the Schaeffer's had on the Evangelical Church in the 1960s, 1970s, and even after Francis' death in the 1980s... well into the 21st Century. Their combination of Francis' apologetics and Edith's hospitality made L'Abri a very special place.

A lot of Christian leaders my age were deeply influenced by them, as well as many who worked (and still work) in government.  For Francis taught how important it was for Christians to be "salt and light" in every aspect of life, including politics. At one time, there was a Schaeffer Bible Study in Washington that lasted for years.  So to understand their work, I'd first read L'Abri, which I think was Edith's first book and the story of the beginnings of the ministry.

One of her later books was their autobiography, The Tapestry, which is much larger and takes you well into the 1980s.  I have recommended it many times to people in ministry as it shares a lot of their struggles as well as "successes" through the years.

At one time, L'Abri was probably her most famous book, until Hidden Art was published in paperback as The Hidden Art of Homemaking.  Which was a title she didn't care for but the publisher wanted, I think the publisher was right on that change.  For it was a bestseller for ages and is still in print today.   I used to read it a couple times a year but I still read it through once a year.  While it is now a little dated, it never ceases to spark my desire to live a creative life.  Especially in the day-to-day journey.

What Is a Family was her other book that I read again a couple times a year.  In it, she talks about family life in every aspect.  It is the kind of advice one rarely finds these days in books about the family as some would call it dated... long before the time social media and playgroups were even thought of, much less a part of everyday life.  However, this book takes you to the foundations of family life and very much in "Edith" style... with creativity mixed with good theology.

I enjoyed these books very much, she is an excellent letter writer and these bring you into their world I think even more than their autobiography.  She always said that she wrote her letters so that her mother could actually feel a part of their world, even when thousands of miles away.  These book are the other two I plan to reread soon.  They are out-of-print and were once pricey but now there are a lot of inexpensive copies available third-party at Amazon.

They are especially interesting in that the Schaeffer's arrived in Europe at the end of WWII and you get a good look at how much Europe suffered in the Post WWII years.  It was still difficult to get healthy food to feed a family when they arrived.

Christianity Is Jewish is one of her lesser known books but is excellent for understanding the how the Old Testament is a foundation for the New Testament.  I went through a few years where I studied mainly the Old Testament since I didn't grow up knowing many Bible stories.  This book has been out-of-print but there are a lot of good used copies available.

Affliction is an excellent book to read about suffering.  Edith covers many different ways people suffer and shares her own stories of those times she had to depend on God to get through a time of affliction.

Forever Music is the book Edith wrote after the death of her husband and how music in general and a gifted Steinway in particular brought her through the process.  It includes the story of how a Steinway piano is crafted as well as the importance of music to the soul.

There are other Edith books, a few I own and others I once owned but gave away.  A few are like A Way of Seeing and are compilations of articles and essays assembled into one book.  I enjoy these because they consist of various themes and subjects.

The Schaeffers were definitely not perfect people and like every family, mistakes were made.  Their son Franky has written a scathing book about his parents and while most people say it is not correct (Os Guinness wrote a famous rebuttal*), what everyone does agree on is that Franky was neglected since he was born late in life, when the Schaeffers were traveling together a lot for ministry.

The difference between the way the girls were raised as an important part of the ministry from childhood to their son being left with other people to care for him is definitely a warning to other parents of the importance of building relationships in the early years.

Speaking of their children, Susan Schaeffer Macaulay wrote a book, For the Children's Sake, which introduced the Charlotte Mason method of homeschooling to a new generation and was very influential (along with Karen Andreola's book, A Charlotte Mason Companion) in the way I homeschooled.

The Hidden Art of Homemaking... here. 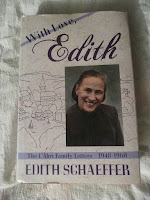 For the Children's Sake by Susan Schaeffer Macaulay... here. 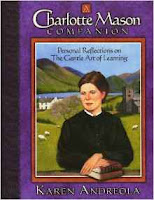 Disclaimer: Most links to Amazon.com are Associate Links.
Posted by Brenda@CoffeeTeaBooks at 12:13 PM

Thanks for this roundup of Edith Schaeffer books, several of them appeal to me. I have not read any of them so this post is a nice introduction.

I see several that I would like to read. Currently, I am reading "He is There and He is not Silent" by Francis. I must read passages multiple times because the man is deep!

Hello!! I've been reading your blog for quite awhile now, but have never commented. I thought this was the perfect post to do so!!

I have never read any of Edith Schaeffer's books, although I have seen them recommended on many blogs and in tons of books, including Sally Clarkson's. I finally ordered on and am expecting "The Hidden Art of Homemaking" in the mail any day now.

I appreciate this overview of her books and shall return to refer to it in the future...thank you for sharing!!

Thank you so much for your blog. It has been an encouragement and inspiration for me and I love reading all your posts and thoughts :)

Blessings on your day,
Elizabeth

Such a good list and description of Edith's books. I love Hidden Art and am buying copies for all my girls!

I wanted to mention too, that Susan Schaeffer MacCauley's book "For The Family's Sake" is excellent also!

OH thank you SO SO SO much for this list. SO awesome. Have something to pop in the mail to you soon, hope you had a beautiful Christmas and that your new year will be a blessing. Sunshine

It is interesting to read your pathway, Brenda. Mine has been similar. My daughters and I read "Hidden Art of Homemaking." It is a good book to return to periodically, isn't it? Because I knew about the Schaeffers I read Susan Macaulay's book in the 1980s which introduced me to Miss Charlotte Mason. Thank you for including my "C.M.Companion" along with the other books along your pathway of reading. I am happy that you found it helpful to your home education. I feel greatly honored to see it pictured here. Blessings, Karen Andreola