Sunday Afternoon Tea - The Time For the Harvest 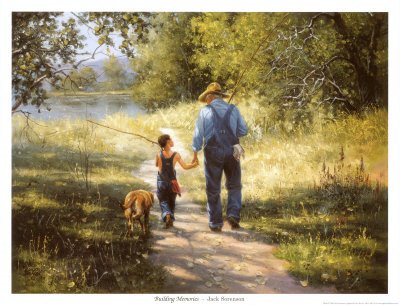 Not long ago I experienced one of those days when it was one errand after another, the unseasonably hot weather seemed to make everyone cranky, and to make matters worse... I was leaving town at the height of the evening rush hour.  The traffic was bumper to bumper on the Bypass and I'd be on it for miles before turning onto the road leading to the country.

After a couple of long sighs, I realized I was next to the stoplight which intersects with a street that eventually leads into the country.  It takes longer to get home but once out of town, it is quite scenic.  So I quickly got into the turn lane and already felt less stress just getting out of rush hour chaos.

This street is one I have traveled more than I can remember.  It passes a favorite grocery store.  It passes the street to our old neighborhood with lots of family memories.  It goes past the soccer field that becomes a Farmer's Market in season.  Eventually one passes the city limits sign and the street transforms from a city name to a county mix of numbers and direction.

Whenever I take this route home, I wonder why I avoid it so often.  Just for the sake of an extra five or ten minutes cut out of a drive here or there.  Instead of the tension felt all day, peace enveloped the van in spite of the chatter on K-Love.  No chatter please, no loud music, not even an oldie but goodies channel.  I turned the radio to another station where there was a Bible study going on.

I love it that in a nation which seems upside down, there are still radio stations with Bible teachers.  Although I have to admit, I didn't pay close attention for I was looking at the surroundings while trying not to miss the house where my daughter's good friend lived when they were in high school.  This is where I need to turn onto another county road.  But people chatting about the Word of God made for delightful background "noise".

I had felt tense that week even when at home for the cares of the world were on my shoulders.  Literally.  Not just our own cares but this election has shown just how far America has degraded in morality and even common sense.  I felt... like everything was coming apart and there was nothing we could do about it.

However, something happened on that drive home that was completely unexpected.  I wondered if God had engineered all those disruptions in my schedule so I'd be on the road at that time.  It was that simple yet that profound.

As I passed the fields of corn, now dry and the shade of maize that tells farmer's the harvest is almost here, I thought about harvest time and seasons and how everything is changing at just the right time.  The corn looks as if it were dead and all life was removed but in reality it was... just right for the harvest.

Sweet corn is picked when the stalks are green and vibrant and easily sway in a strong breeze.  Field corn has to be baked in the summer sun, allowed to dry completely before the harvest.  I expect, if one were a corn stalk, it would be highly uncomfortable.  But it would make the corn perfect for the purpose God intended.

There were other signs of the season, summer was at an end and fall was just beginning.  The bushes and small trees were beginning to change color and the tops of the big trees in the forest are turning shades of red.  Yellow leaves have been covering the ground for a couple of weeks already.

When I walk down the gravel lane, it is now possible to see deeper into the forest and the top of my neighbor's red barn is now in view.  Everything changes quickly now.  It would not surprise me to be in full color by next week and if a storm passes with strong winds, most of the leaves on the trees would be on the ground.  In my yard.

If nature did not know what was happening, it would seem like the end of the world.  But it isn't.  It is simply the change of seasons.  It is normal.  It is the time of the harvest.

God spoke to me in that van on the country road.  Surrounded by corn fields and trees, plowed fields and horses nibbling grass in their fields.  No matter what the world looks like through my finite lenses, the seasons are changing on schedule.

He is still on the throne.  Nothing is surprising Him.  Whatever happens in the days and weeks and years to come... and we may go through some uncomfortable turmoil... He still holds us in the palm of His hand.  Everything is okay.

Image:  Building Memories; J. Sorenson
Posted by Brenda@CoffeeTeaBooks at 11:53 AM

Thank God that He is in control ... not you or I. Now I have to let go and let Him be God.

Aha! Just the "right" words for me to read! The seasons ARE changing! God's purposes are being accomplished.

thank you so much for reminding me what is important today of all days his day , the day of Sabbath . I know for my jewish friends and some family that yom kappur is upon us . Yes God is in control and the seasons are changing .

Our pastor taught us many years ago that "nothing happens except it first passes through God's wisdom." Yes, He is still in control and we can trust in Him. Such a comfort in these "troubled times". Thanks for your words today. Blessings, Sharon D.

{{{{{ ♥ }}}}}
love this post.
though the world crumbles, He stands unchanging. Praise!
and this quote touched me deep:
"The corn looks as if it were dead and all life was removed but in reality it was... just right for the harvest."

Wonderful words for today.... Yes HE is still in control no matter what it looks like.

I love this, Brenda. Thank you for sharing.

"He is still on the throne. Nothing is surprising Him. Whatever happens in the days and weeks and years to come... and we may go through some uncomfortable turmoil... He still holds us in the palm of His hand. Everything is okay."

Thank you for this reminder. I, too, have been a turmoil lately and the looming election is part of it.

This turmoil and upheaval may be just what our God intends to use to shake our country, which has become so complacent in its recent prosperity, in order that more would turn to Him and be saved! We may indeed be close to a great "harvest time" when Christians will be called on to minister to many who are facing trials the likes of which this nation has not known for some time, as well as to be a witness to our faith in Christ in the face of persecution. The more the darkness surrounds it, the brighter the LIGHT will shine! -Joy

I am not feeling the turmoil I felt with the previous two elections. God is and always will be on His throne. I am just praying that this country has another chance before we are not The United States of America anymore.

In this time when we are bewildered by and even ashamed of the personalities dominating the news, we need respite from the situations we can't change, and courage to meet our personal and family disturbances.
I love that we are given the gift of these unexpected moments that restore our faith.