Sunday Afternoon Tea - In Season and Out 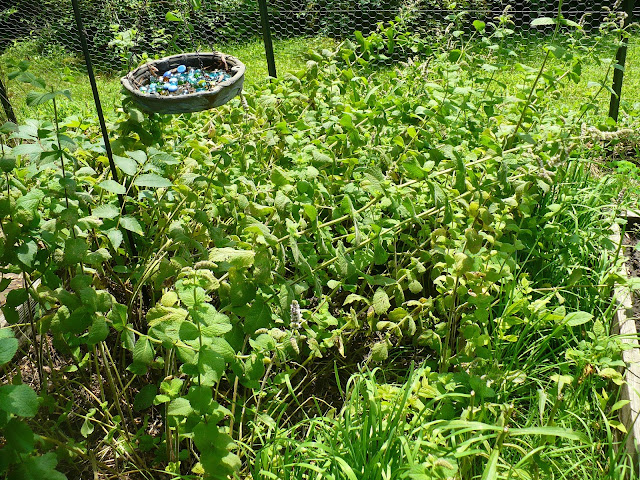 I've been thinking recently that my 30-something self would be shaking her head at my reactions this past week.  For you see, my younger self was very involved in politics and social action within Concerned Women for America and the Republican party... and here I was doing everything possible to avoid the subject of this year's election.

My former self loved reading the newspaper, magazine articles, and even entire books about the political process... and then getting in the midst of the battle.  Do I care less about the country than I did?  Not at all.

It is of great concern that we are seeing now what people as diverse as Francis Schaeffer, David Wilkerson, and D. James Kennedy warned us about long ago.  But a great deal of the wisdom in growing older is to accept the season we find ourselves in and work within those limitations. My days in the midst of the battle are behind me and that baton passed on to those who are younger and healthier.

I have learned that our seasons of life flow from one to another and rarely stop abruptly at the end of a decade and switch over at the beginning of another.  I can look back at a season of raising children, a season of being a full time working mother, a season as a homeschool mom, and now a season as a mother of grown children.

I have had seasons of making Art and having no time to make Art.  Seasons of political involvement and now a season where my involvement is that as one who prays for the country and those involved in the political process.

There have been some things that have gone with me from one season to another such as my love of cooking, and books, and kitties, and that which is Beautiful.  Most of all... since my teenage years... I have been in love with God the Father, the Son, the Holy Spirit.  I was totally and miraculously saved and will be forever smitten with the God who saves.

But there are changes in seasons for which we have no control, there was no decision made to "do this" or to "do that".  Life just happened.

For instance, our recent lawn and garden projects were brought about when we realized we had to make maintenance easier as we are not getting any younger.  I was the person in the family who did the gardening as well as keeping the landscaping pruned and weeded in the first years of living in the country.

But each year I could do less and the forest being what it is... took advantage of my neglect.  That realization came slowly over a few years and by the time my husband took over my former responsibilities, it was a continuous battle with nature.  Thus, our Summer project.

I've learned that, while there is such a thing as asking God and believing Him for an answer, sometimes His answer is for me... for us... to trust Him that our season of life is His will.  That it is not in spite of this season but because of it that we can do the very work for which He has called us to do.

If I were completely healthy, I doubt I'd be blogging but if I were... it would not be Coffee Tea Books and Me as it has been the past ten years.  If God had answered my prayer for complete healing or I'd never developed two auto immune diseases, my testimony would be very different.

That is why we must trust God and pray and then accept the season of life that He has ordained.  I know, there is always that fine balance of how much of our life is determined by His Will and to what extent can it be changed by our prayers.  I doubt we will have that complete knowledge until Eternity, if we ever know it.

Instead we are to read the Word and talk to Him and ask what we are to do in this season we find ourselves in.  You may have many small children at home which leaves few options outside the walls of your house.  You may be elderly and think the best years of your life are behind you but He has something to say about that.  Your children may now all be in school this year and there are free hours in your day for the first time in years.

You most likely have something you love to do, something which brings an excitement just thinking of it... a passion deep within that perhaps you have not confided to anyone.  What do you love to do?  Don't even think about doing it professionally.  If you could do anything right now, what would it be?  What is your passion?

Then, ask God for wisdom and he may just say to do it given the limitations of the season you are in at this time.  For instance, I have always loved to write but I don't have the energy to even think about what it takes to write a book.  But I started a blog when God told me to "just write".

Sometimes I write when I am really tired and I just kind of share my ponderings.  Sometimes He gives me something to write about... no, most of the time He gives me something, especially on Sunday.  I'm surprised every Saturday when there is something new about the Pantry I come across to share.  That is how I know I am to continue blogging... He still gives it Grace.

I enjoy making art, and cooking, and baking, and gardening... and I still do all of these things within great limitations.  Not as I would desire... not as I once did... but as I can now.  For you see my friends, it is not all or nothing in each season of life.

Instead of complaining where we are, we ask God what we can do in the here and now.  If He has given you a great passion to do something, find a way to do it.  Within limitations.  Understanding the season of life you are in right now.  For if you are reading this, you are still breathing.  If you are breathing, there is LIFE.  However imperfect.

You may be the very person... only you... who can do that which He needs accomplished in your home or neighborhood or church or community.  You cannot go back and relive a previous season of life but you can embrace where you are right now.  If you have breath within then you have something He has left you on this planet to do.

Occupy until He comes.  Oh, and... Maranatha Lord Jesus.

Photo: My apple mint at the end of the season.
Posted by Brenda@CoffeeTeaBooks at 6:38 PM

I so agree, Brenda.

Brenda, What beautiful words. I love your thoughts (ponderings) and the way you express them. I surely do not have that gift as you do, but I'm glad God has blessed you with it and allowed you to share so we could be blessed by it.
All we have is NOW and need to appreciate what we can do NOW. Blessings, to you as you continue with what you do. Sharon D.

Timely words for me; I shall take them to heart.

Thank you for this insightful and hopeful post. You are a gentle spirit, Brenda. I said to my son yesterday. I'd like to keep chickens again. Just two? He reminded me of my limitations in a gentlemanly manner. "Well, if your sister keeps chickens then I can visit hers once-in-a-while" I answered. She and her family live out-of-state. I go to to stay a couple times a year. When she told me that her neighbor keeps chickens and she buys the eggs I said curtly, "How nice." But, knowing my daughter, it is only a matter of time before she expands her pet-menagerie yet again, and I answer the telephone to hear her say, "Mom, we brought home chicks today." This is one way to live with limitations.

I'm so thankful you decided to "just write" and started writing this blog! It's one of my favorites and my husband reads it too! I don't know that I have anything I'm really passionate about, but you gave my something to think about and ponder. Thank-you for your words of encouragement!
Blessings,
Laura C.(WA)

You must be psychic - those words were directed right at me. I am in the midst of a "difficult time" in many ways - and at times in the writing above, you took the words right out of my mouth - and then gave me the answer to my question......the Lord is indeed using you to bless others in a big way - thank you so much for your writing and for listening to Him.

living fully where God has me/us. hm.
the hubs and i have been having regular
conversations about this very subject.
we realize that in some ways we've been
merely existing and we're seeking to
alter that route into *living fully.*
thank you for this blog post.. i'll be
sharing it with my love.

Wonderful post! It has surprised me how quickly I have gone from being the mom to the grandmother. God has blessed me tremendously, despite my health challenges. I keep my focus on that.