Living the Pantry Lifestyle -- I Came By It Honestly 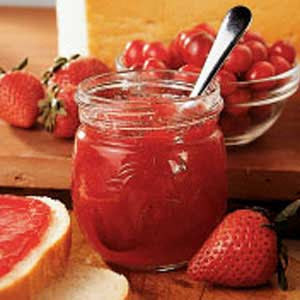 This morning I thought I'd once again revisit the question I get... just what is living the pantry lifestyle?

Well, up until recently almost everyone lived closer to the seasons and knew the need for "feeding the pantry" when they could.  Even if they did not live on a farm, there was little commercial canning or refrigeration in which to expand the availability of food.  So growing and preserving food was a necessity.

I cannot remember a time without refrigeration but my mother's generation certainly could.  We forget just how recent technology has changed our lives.  When my mother was a child, her parents still used a horse and buggy and refrigeration was provided by an ice box.

I became used to a pantry lifestyle growing up with my father always being laid off during the winter months so the pantry was filled when there was a paycheck.  The whole process was formed early in the way I was taught to live life.  There are good times.  There are lean times.

Feed the pantry in good times so you can feed your family in lean times.

Although, I still get a chuckle from my mother's pantry when she was in her 80s.  The shelves were filled with the large cans of coffee.  Lots of coffee.  A lot more coffee than food. Coffee was her priority.  I came by that honestly.

I am convinced God allows us to go through things in our early years so we can be prepared and even share with others as we grow older.  There was no way of knowing in my childhood that as an adult, we would experience two different years of very long term unemployment.  But each time, I had a deep pantry that was the foundation of our menus during that time.  I only had to supplement it with fresh food, dairy, etc.

My Pantry Lifestyle childhood sparked my interest in Emergency Preparedness where I learned more about deepening the pantry for larger emergencies.  I was doing that at the time we went through long term unemployment.

God doesn't ask us to do anything in fear but to walk in wisdom.  We are to be willing to listen to that "still small voice".  If you feel at gut level that He wants you to feed your pantry deeper than usual... do it.  He knows the future and how it will affect your family.  If you are deepening your pantry at His leading, you will be prepared.  If you are doing so out of fear... you may have food and supplies but not His peace.

Knowing God's peace is just as important, if not more so, than deepening the pantry!

I read from time to time that Social Security is going to collapse but I don't fear it.  For I've learned God truly supplies.  I wouldn't like it for it is hard enough getting along on a fixed income (and yes, we once did have a good savings account and were debt free except for our house but... life happened).

However, I have found it quite remarkable and faith building how He has met needs through others.  He had to teach me to be a good receiver, to say a humble "thank you" for those who have heard His voice and helped, often when they didn't know there was a need.  I wanted to be a giver but He wanted me to be the given.

My pantry isn't very deep on a fixed income but when I do have extra, just as I learned when growing up... feed the pantry.  Just recently we had a little extra come in so my husband bought a few flats of the organic canned tomatoes since they are a priority with his diet.  When I had a couple very nice Christmas gifts arrive (Moo), most went to stocking the pantry so in the months ahead I had the basics for meal preparation.

Just as God allowed me to learn as a child.  I'm forever thankful for parents who taught me how to live that pantry lifestyle.  I'm thankful my husband grew up in a similar environment albeit for different reasons.  His father was an electrician who experienced layoffs once in awhile but his mother didn't drive.  So her freezer and pantry were stocked!

Listen to the leading of God.  I hear from lots of people who have "a feeling" that they should deepen their pantry.  Just because you can't do a lot doesn't mean you should do nothing.  I've written about this before.  Buy an extra item here and there, as you can, concentrating on priorities.  Build up your pantry a little at a time.  It will add up.

It may not be very deep but it will keep you from having to leave the house in a blizzard or a national emergency.  We lived in a Detroit suburb on 9/11 and my husband was on a business trip (actually on an airplane when the towers were hit).  Detroit was one of the cities experts said could be attacked and we were advised to stay close to home.  No one at that time was happier to have pantry basics than I was with a national emergency and the family car parked at Detroit International!

That's also where receiving your peace from the Lord and not your pantry comes in.  You can never deepen your pantry enough, I don't care how much money and room you have.  True Peace is a Person.  Do what you can, no matter how little you can, and trust God.
Posted by Brenda@CoffeeTeaBooks at 10:08 AM

I love your last paragraph. Yesterday while shopping at Aldi, I hesitated before the tomato sauce, think I just bought some last week and hadn't used them. Then I just sensed 'get them' so I did.

Be a glad receiver...surely that should be expressed more often. And yes, God does provide, over and over again, amazingly and in awesome ways. Lovely pantry post!

"True Peace is a Person". I love that Brenda! I know your blog is a blessing to many people.

Dear Brenda: It is so nice to have you back on your blog. I am so glad you had a wonderful family visit. (MD)

True peace is a person, I've never heard or thought of it that way but WOW what powerful words. Thank-you for that one.