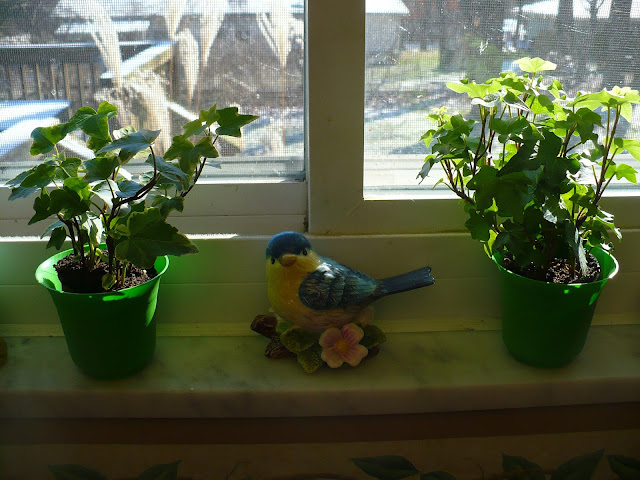 This is that time of the year where I live in which the weather is blah (but that can be a good thing after seeing photos of the Eastern storm!) and there is not a whole lot going on.  I've been doing some organizing that I won't have time for when the outdoor chores begin in March. But I'm not sure that is worth writing about.

However, I do have some photos taken over the past few weeks that are worth sharing.  Especially of the family member with fur.  The Queen of the Known Universe.

So... here is what has been happening in my world the past few weeks. 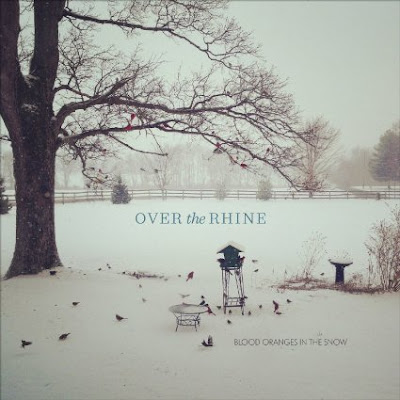 Lanier has talked about this album for two Christmas seasons now so when I had extra Amazon credit, I downloaded it.  No wonder she loves it, it is beautiful!  An unusual combination of folksy, country, bluesy, and almost Celtic.

The link is below for Amazon but you can look it up on YouTube, too.  While technically a Christmas album, I'd say it is more a "Winter" album or perhaps even a "listen to all year long" album.  Definitely not everyone's taste in music but I love it. 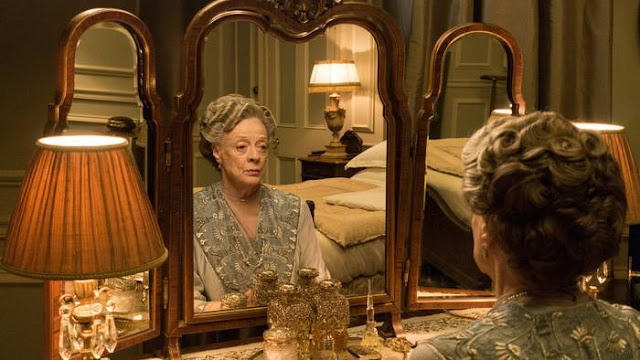 What can I say?  Best season ever!

I've enjoyed every moment of Downton Abbey this year after two years in a row of becoming annoyed at a story line and not watching it again until the last two episodes. 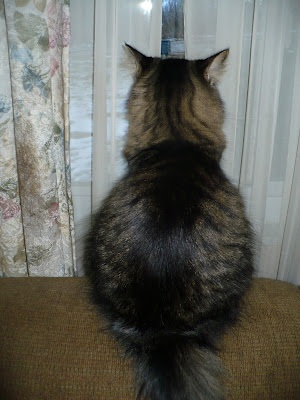 This is not her best view but I love how she gets nosy and watches what goes on outside.

*Over the Rhine's Blood Oranges in the Snow album can be found on Amazon.com... here.  Most links to Amazon are Associate Links.
Posted by Brenda@CoffeeTeaBooks at 11:44 AM

I went straight to youtube and am now listening. I love celtic music and folk music, so I am enjoying this album.

I really, really liked this season of Downton, too.

I love your little table. Your teapot looks great on it!

I KonMari'd my shirt drawer about 6 months ago and it's still looking great so I did hubby's this week. It's a great way to fold and store them. Easy to see and to organize. I'm in a total downsizing mood.

Victoria is, as always, very regal and cute.

Sweet kitty! I miss having one.

Oh I didn't know or had forgotten that you gave up on Downton Abbey for a while. I nearly did with the rape of Anna.

Victoria has settled in for a cozy winter. She's a love; I can tell.

You are doing a great job getting organized. I have not opened the dresser drawers in years! LOL

Love to look at your Queen Victoria. :) My Sammy cat (a girl) passed away about a year ago and looked just like Her Fluffiness. All sweetness and she was 18 years old.
Thanks for sharing. Down the back looks exactly the same.

Love, love the little "piecrust" table. Just perfect by your chair. Your desk looks very neat and organized. I have this week been able to do some straightening and putting stuff up after a two weeks bout with flu/bronchitis. So good to feel like getting some things done. Thanks for the visit to "Your World" today. Blessings, Sharon D.

I enjoyed visiting your world. Nice organizing. Something I enjoy doing! Cute Goodwill find and the pie crust table is PERFECT by your chair. Darling Queen too. 😉 Pam (SD)

Your study looks so inviting and comfortable! Mine is still a work in progress which has not been easy since its also used as a sewing room, holds our computer and turns into a nursery when the grandbaby's visit. Not easy to keep it organized and simple but I am trying too get it to where its more comfortable and efficient.

Downton...You will LOVE how they end it! We decided to buy it from Amazon on DVD and watched the last four episodes last night while our oldest daughter was visiting as she is also a fan. Five and a half hours..it was midnight before we got to bed but the "Downton Abby hangover" as my daughter dubbed our tiredness this morning was well worth it see how it ends. I don't remember any other series ending so well.

Love everything! I need to work on organizing. I'm not very good at it. Love the little deer and the table you found while thrift shopping. And of course, Queen Victoria!

I love your desk area....I see you are a fellow Susan Branch fan!

I laughed at the picture of your cat looking out the window. My cat does the same thing. The neighbors get such a kick out of it!

Love how your top drawer is organized. Mine needs a little help soon.....hoping to read that new book before too long!!! Am deluged with good books to read right now -- which is a good and bad thing! :)