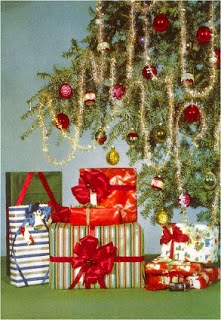 This is a repeat of a Christmas post from a couple of years ago but it is dear to my heart... so I share it once again.

Someone had mentioned in a comment about a person who does not celebrate during the Holidays due to the pagan beginnings of the DAY chosen to celebrate the birth of Christ.  I have known people with whom I agreed on most areas of theology but in this area, we had to agree to disagree.

I celebrated wholeheartedly... they did not.

Now, I admit to finding Church history fascinating so I hope I don't bore you with some details.  We know the most probable reason for choosing the time of year we celebrate the birth of Christ was for it to coincide with the Winter Solstice celebrations already in place.

No one knew exactly the date of Christ's birth but most historians believe it was in the Spring since the shepherds were watching over their sheep.   There are some who think it may have been in the fall.

The date was not chosen for it to be part of a pagan celebration, it was really chosen as a matter of convenience... and even then the date was intermingled with other Church feasts and celebrations such as Epiphany.

The point is, the original season and date has nothing to do about honoring the birth of Christ.  It's much like my calling Easter, well... Easter.  I have friends who will only call it Resurrection Day because the name Easter was associated with something more pagan.  I respect them and thus, their theology.

But Easter was never pagan in my little part of the world!  The most pagan my celebration of Easter becomes is when I color some eggs (the sign of new life among pagans... and farmers) and pretend the Easter bunny brought candy (believe me, my children knew it was Mother).

I know as Christians we have a range of ideas about the elephant in the room called Santa.  I just tend to love a little fantasy here and there, a little pretend, a lot of sparkle.  We never did the Santa thing but Mother was known to tell kids Santa just may stop by to fill stockings (wink, wink).  I mean, really... with a wink and a nod to "let's have a little fun here and use our imagination".

In no way was Santa ever given credit for buying and wrapping gifts.  I was too selfish cheap frugal to give anyone else the credit for that other than parents, grandparents, friends, etc.!  I was even careful when my children were small not to decorate so Santa would be the center of attention.

Although come to think of it, they may have thought I worshiped snowmen in the bleak midwinter... but that is another source of pondering.  ;)

By the way, do you know the true story of Saint Nicholas?  I know it can be difficult to cut through what is truth and legend but still his story is wonderful and well worth reading this time of year.

Okay, then we get to the whole Christmas tree has pagan roots, etc.  If you are a Druid then... yes... when you put up that Christmas tree each year you definitely are worshiping your Druid god.

But the closest I ever get to becoming a Druid is singing along with the John Denver on the itty bitty iPod while walking through the forest.  I can definitely understand how one who does not know the One True God would try to create one in such Beauty.

However, did you know St. Bonifice used the evergreen tree to teach about the trinity (triangle... tree... get it?).    Did you know that Martin Luther brought a tree in his house and lit candles on it at Christmas to represent how the stars lit up the dark night?

I love how a person described it on a show about Christmas traditions and using trees (and other greenery) in decorating our homes for the Season.  He said pagans may have used these items to worship the sun but in our homes, we worship the Son.

If you read the New Testament, especially the writings of St. Paul, he is brought up with these same situations many times.  Not with Christmas, of course, but in the conflicts between what is under the Law and what is under the new Grace brought about by Christ.

His answer is often this, do what you believe you are free to do while not causing a brother (who does not have such freedom) to stumble.  For me in the 21st Century, this means celebrating Christmas and Easter and any other Holiday my way but giving you the grace to celebrate (or in this case, not celebrate) in your way.

The only times there would be real concern is when the one who does or does not celebrate thinks they are "holier than thou" and the peace of the Season is destroyed by one who feels their way is the only way.  (How many times have Christians won an argument only to lose another for the Kingdom of Christ, it has to make God weep.)

To be honest, I don't know how any Holiday in which one is pointed toward the Savior for weeks and weeks can be a bad thing.  How can a Season when one turns on the car radio and hears Silent Night or Oh, Come All Ye Faithful be against our Lord? That is why those who hate the Christian religion hate Christmas and have tried for years to legislate it out of existence in the Public Square.

My friend, Linda, has heard me wax poetic about legalism most likely more than she cares.  But I saw what it did to my mother and thus to my siblings from her first marriage.  Legalism rarely (if ever) draws one to the Cross.  Instead it acts as the opposite side of the magnet and pushes them away from Truth... leading one toward the darkness and away from the true Light.

Our God is a source of all joy!  "Every good and perfect gift is from above... (James 1:17).  When everything around us is pointing to the Savior... it is a perfect gift.

So, why would God allow the church to celebrate in the bleak Midwinter?  I don't know, perhaps He knew this world... in its' darkness... would "need a little Christmas, right this very minute" throughout the centuries.

Think of all the celebrations, the Feasts, the Days of Remembrance among the Jewish people.   If anything, God certainly understands Holidays that are meant for remembering.  They were His idea... the very God who was delighted when King David danced.

If Christ's birth was in the Spring, He has given us another celebration during that time, you know.  It is a celebration of an event that happened during Passover two centuries ago, and whether you call it Easter or Resurrection Day, we are to...
Celebrate!!!
Posted by Brenda@CoffeeTeaBooks at 8:59 AM

What a lovely defense of celebrating! Thank you for putting into words what I have been thinking.

You know I loVe this post. It is full of such good sense. My pastor's family is still divided on this issue, which is so hard on them because they are no longer all together at Christmastime. Heartbreaking!

You are so right. I always liked that line from an old hymn, "All good gifts around us are sent from Heaven above. So thank the Lord...for all His love."

I enjoyed reading this post. I just wish that whatever someone's beliefs are that they could all celebrate each other and life as it was meant no matter what the holiday.

I like the part of this post where you point out that God Himself created holidays....He specifically laid out the manner in which the Isrealites were to celebrate certain feasts. Why would we be so presumptious to think He doesn't want us to celebrate the birth of His only begotten Son???!! The enemy (Satan) would love for us Christians to over-think and disagree about the observance of the arrival of our Saviour in the flesh into this fallen world! God mandates that we tell the world the whole story,,from the beginning, Jesus' birth,,to the end,,His resurrection.

Thanks for giving those who want to celebrate permission to not feel guilty. I know when I think about my childhood and Santa I didn't want to deprive my children of that joy. Living the Christian life is a daily joy, Christmas comes just once a year. If Christ is real in your life He will show you what you should do.

Thank-you for sharing this. I think we all need a portion of grace this time of year. I love Christmas, but we never did the Santa thing with our kids, either. Children seem to be naturally drawn to the story of Christ's birth. This morning at our church, it was so precious to see the little ones gather in awe and wonder around the life-size Nativity figures on display! And what an opportunity to share about God's love to the world this time of year! "Glory to the newborn King!"
Blessings,
Laura C. (WA)

What a great post! Thanks you. I learned a lot about our Christmas traditions. Enjoy this glorious time of hear when we celebrate the birth of our Savior Jesus Christ!

Very well put. CELEBRATE!
And to God be the glory.

We celebrate Christmas! I am for anytime we can hear the truth of the scriptures in song in public! Many perhaps don't pay attention but it is there, seeping into their minds.

We don't really do Santa - we talk about St. Nicholas and how Santa started from him. We laugh at the Santa Clause movies and yet don't believe in him. We decorate a tree but don't worship it.

We love the warmth and glow of the lights during this bleak time of year and a chance to celebrate HIS coming, no matter what time of year He was actually born, is an awesome thing!

We do have very close friends who don't celebrate it - but they don't mind coming over even though we have a tree etc…to each their own in how they want to observe it.

So true! I personally believe in wholeheartedly celebrating this season when, for a small window of time, the focus is on Christ and His birth. We hear Christmas carols, complete with words pointing to the Savior, in stores as we shop. It's a perfect opportunity to share Christ with our friends and neighbors. Thank you for sharing this informational post!