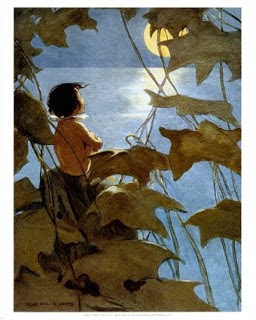 It happened quite often.  That look in their eyes as if I could never understand their pain.  Whether sitting across from my desk in a corporate office or while teaching a Bible study... they assumed because of the way I looked at the time, I had never been less than whole.

But I did know their feelings and their fears.

I became a Christian around the age of fourteen or fifteen when an acquaintance from school invited me to attend a revival meeting her church was holding.

Now that may not seem so unusual except this... the church members had been told to ask the least likely people they thought would accept the invitation.  She asked my best friend and me.

She had no idea that He had been wooing since my childhood even though I came from a family that was not only un-churched but tended to distrust organized religion.  Many... if not most... were pagans and "darn proud of it".

When my father suddenly passed away, the tether to the rest of the family became loosened.  For you see, I'm an "ours" in a yours, mine, and ours marriage.  My siblings all grew up together many years earlier and some had children already when I was born.  A few of their spouses were even hostile toward me but never showed it when my father was alive.

Then a few years later, my mother remarried a neighbor whom we came to realize was mentally ill... that tether broke and was never fully recovered with my much older siblings.  So by that tender age I was fully and unmistakably... lost.

If He had not wooed... if she had not asked... if I had not accepted... I seriously doubt I would have survived my teenage years with any sense of wholeness.  I had already been hospitalized with a nervous breakdown once and my choices in friends could easily have taken me down the road to the same lifestyle choices of those around me.

Did accepting Christ as Savior and Lord change my relationship with my family?  Yes, indeed... but not in a good way.  That decision furthered the chasm dramatically with many family members.  But it changed me.  And He filled the empty space in my heart.

He exchanged the pain of trials for a testimony of Redemption.

Did life become a journey of perfection?   Absolutely not!  In these past decades there have been many tears and trials as the journey has taken twists and turns over hills, around mountains, into deep valleys of pain, through fields of joy, on the way to a Heavenly destination.

But all along I could rejoice, even during those seasons of hanging on by the thread of His Grace.  For deep inside my spirit I knew this journey was part of the kaleidoscope of His-story.  I am certain many looking at my journey from the outside saw only the mess.  I could see far down the road when all would be made whole.

We all have a Story.

It is through our Stories that we interconnect with others and if we dare not share the path we have walked... then we are of little use to Him who redeemed our Story.

It is not by accident, even if your trial was of your own bad judgement or wrong turn in the road.  It doesn't matter.  Whether you were an innocent victim in the walk of life or you feel you are paying for your own actions.

Your life's mission is found in the dark chapters of your Story.

Whatever part of your life you lay at His feet, he can redeem.  Not only for your own peace but for His purpose.  For you see... what the enemy of our soul whispers in the dark of night is not true... you are not alone.

There will come a day when we will see Him face to face and all doubts will be dissolved.  But in the meantime, there are many people within your realm of influence who need to know there is one who can shine light on the dark places and heal their soul.  They only need to know there are those whose Story has been touched by the great Redeemer.

Artwork:  Water Baby and the Moon
Posted by Brenda@CoffeeTeaBooks at 10:59 AM

Thanks for sharing YOUR story. Sometimes I get so caught up in my own, that I forget that everyone's GOT one ... and that Jesus is a wonderful Savior and Friend.

That was a beautiful post and so inspiring. I struggle with life and God has lifted me up. I many time let the things in life change my mind on my religion and I often wonder if another would help me be more positive. I love the Lord and he has been at my side all through my trials. I do not know how anyone could live their lives and not have him by their side. Thanks for sharing your wonderful story.

What a beautiful story the Lord writes in all our lives and you are blessed to be able to articulate it so perfectly in your blog. Your "Sunday Afternoon Tea" posts are always my choice to read and you so often hit upon exactly what is weighing on my heart. Blessings, Ann

Holy thoughts for a holy Sunday. Our pastor's message this morning was about being "pruned", as we are the branches of the True Vine. Your post ties right in to his sermon. We are tested and trialed for a reason, and all those dark moments are a part of our stories. Thank you, Brenda, for sharing yours!!

I myself am a cradle to grave devout Roman Catholic. My faith has been the absolute ONE THING throughout my entire life. Had I not had my faith I probably wouldn't be here or at least not the person I am. God is so good and He never leaves us or brings us to it without bringing us through it. I love to here stories of people's faith because it only enriches my own and makes me realize even more how blessed I am. I've had many MIRACLES in my life and I am forever thankful for them. Thank you for sharing your story and letting us into your life for a moment. God Bless you and yours.

"Your life's mission is found in the dark chapters of your Story. "

Knocked my socks off, Brenda. Yup, you did! Say, have you read? Awww, I'll email.

Brenda, so many truths. You've blessed me today, and you write so fluently! It's a joy to read.

Brenda,
I found you through Vee a few years ago. Just in the last couple of weeks I have read through pretty much the entirety of your blog, and have mused time and again about that classmate, asked to pick the person from school she thought least likely to be saved, to attend the revival meeting. Wow. She has no idea of the legacy she began, or the lives she changed.
I was talking to my husband the other day, and was thinking how we can look back on hard times and see how God worked. The wonderful gift of your blog is that you are sharing as you lived through hard times, and your life going through them is a testimony.
Thank you, Brenda. You have blessed me more than you can know.
Talk about legacy.

Thoughts for the day said...

beautiful, you are right we all have a story and each chapter of those stories are important. Praying we all have the courage to share openly and not be afraid as we write.

My Dear Friend;
What a strong and beautiful person you are! And such an inspiration to others! Thank you for sharing today, it has truly blessed my heart. And life is worth the living just because HE lives. Love and Hugs, Nana

Beautiful story... I love the ending. He is so wonderful.

Thank you so much for sharing your story with us. You bless me.

What a beautiful story of redemption. How we all are in need of it! God is so good, to save us and then walk our journey with us.

I'm looking forward to the day when we will be like Him for we will see Him as He is…..

Thank you for sharing your story. What a blessing to look across the years now and see how God has used your story, to make you who you are and then it gets shared with all of us!

Wow, Brenda. What an amazing testimony to our wonderful God. Thank you for sharing this. It truly touched me. I am forwarding it on to all my older children. They need to hear this. I want them to know that God can use the wrong turns or messes in their lives for HIS GLORY! Amen!

I needed to read this this morning... the answer to your questions at the end are all YES for me.... and it is SO hard. Thank you SO much for your encouragement. Thank you so much...
Breahn Royal,
Longview Texas

This spoke to my heart today. I have many dark chapters in my life. I need to ponder on your words a while. Thank you Brenda.

such an encouraging post Brenda. I'm sure you've thanked God many times for your school friend. Hard times are so painful at the time, but they always seem to bring us closer to Him and to becoming more like the person He wants us to be, if we let Him.

Wonderful testimony! God has blessed me through your sharing. Thank you!

Hi Brenda, I don't think I'd ever read your salvation story before. That was a blessing...so glad someone invited you to hear the Good News so you could join the family of God. Thanks for sharing it.

Good words! Thank you so much for all your honesty and wisdom, Brenda.