The blessings of a normal day 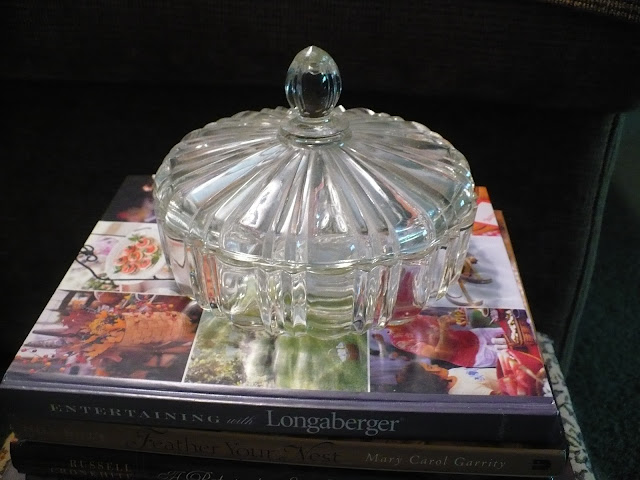 I can't believe it is already Friday.  It just doesn't seem possible... where did the middle of the week go?

The last two or three weeks have been challenging off and on but not so much that I could not take comfort in hot tea in the late afternoon, chicken soup, and reading a good book in the evening.  Nothing terrible, just once again the little foxes nipping away at one's ankles... sigh.

An e-mail was received this week saying my library card at the library near campus was about to expire.  Now, we can't have that happening!   I texted my son to let him know I was going to be near campus this morning and asked if he wanted me to bring his mail (he won't officially change his address until they are not living on campus).

So... I picked him up after a morning class and we had coffee together at McDonald's, it is always good to talk with him.  I do not like driving on campus but it's worth it for coffee, sons, and books.   Not necessarily in that order.

On the way home, there was just enough time to stop by the grocery store to purchase a turkey (it can take about a week to defrost, you know...) before pulling into the gravel lane five minutes before hubby needed to leave.  He looked relieved, usually I'm right on time but I didn't rush talking to Christopher.

The weather has been unusually nice so hubby has been able to earn a little extra cash by getting our friend's lawn mowed and mulched (we have a mulching mower he takes with him) and then helping an elderly couple from church who have an organic farm.  He is trading work to help them now for veggies next spring.  :)

It is still so sad to see pictures of the families on the East Coast, as they are trying to put their lives back together.  It makes me appreciate my own days that have an order about them.


I long ago came to appreciate the blessing of a normal day...
Posted by Brenda@CoffeeTeaBooks at 1:35 PM

Oh, Brenda, I hear you! The "blessings of a normal day" far outweigh so many other things we might think we want or need.
Happy Thanksgiving Day to you and your family!
Jane

AMEN to that! I LOVE normal days! The older I get the less "unexpected excitement" I need. Yes, I am always amazed at how long it takes the turkey to thaw - mine usually is still a bit frosty on the inside when I go to pop it in the oven. Have a great day, Dee

Ah, yes - the blessing of a normal day.

I agree with you all. The blessings of a normal day are the best, aren't they.

Normal days are great. I just got home from a frustrating day with a splitting headache, so thank you for reminding us.

The guys in our family all prefer drumsticks so now I buy a smaller turkey with an extra package of drumsticks. Bonus-it thaws and cooks a bit faster.

I love a normal day...though I am thinking that my normal is not the normal that used to be normal. ;)

Glad you had time with Christopher and coffee, glad that your hubby has some work that will be a blessing to you all. That's the best kind.

Have a lovely weekend!
Deanna

"I long ago came to appreciate the blessing of a normal day..."

Me too Brenda. I am so glad you had one today. God bless..Lori

Brenda: I am so very happy to hear about the family from church who has an organic farm!!!! What a blessing this is that your husband can work in exchange for vegs.!!! (in MD)

i have been a "lurker" for a few months and have been meaning to leave a comment to share a chuckle over how similar our taste is...and today i see my mother's candy dish (it holds jewelry in my bedroom) on top of the same book my dearest friend gave me :) i very much enjoy your blog (and your taste - ha!), and share your faith in Jesus. blessings upon you and yours this week.
-- a lover of the vintage kitchen, in NE