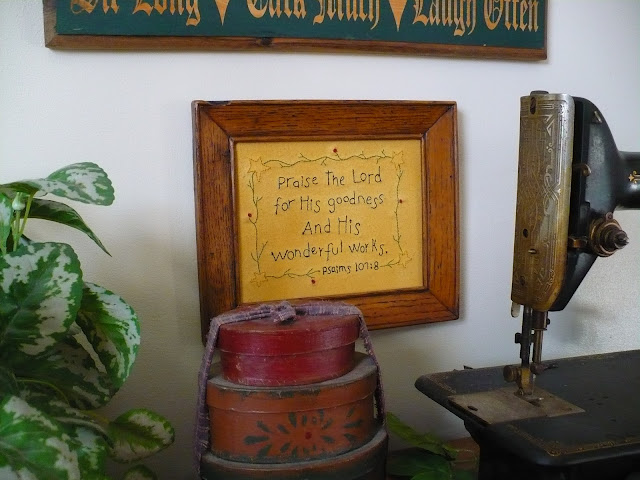 This week my ponderings have been flying around my head and landing much as one would have thrown confetti on New Year's Eve and found little pieces on the carpet in July... everywhere.  :)

Usually my Sunday posts come easily, this one not so much.  I think it has a lot to do with the inability to concentrate on one area at a time... with elections and storms and much to do here at home.

If there was one word nudging at the back of my mind this week, it was Story.  Story in the form of novels written... in newscasts on TV... thinking of my own Story... and in the flow of God's Story which is playing out through dozens and dozens of generations past.. His-story.

The God of Whom I trust loves written Story, He could have given accounts of history on a big IMAX screen for all to see and believe.  It would have been easier to share, after all... and with mankind leaning toward the visual...  if I were in charge of the universe then I'd give Mankind a movie to pop in the DVD and say, "Here... believe".

Instead He allowed the Holy Spirit to breath words into a handful of humanity who became scribes of God and gave us His word.  But He also went a step infinitely further and gave us... The Word.  He goes on to tell us there are books in Heavenly places with names in them of those who believe in that Word unto salvation.

I recently heard a person ask why we should read the Old Testament, those of us who are under the New Covenant.  My first thought was that this person has never read the Old Testament.  For if one starts in Genesis and continues to read (albeit the books of the Law may be perused, even if they make great studies)... the stories of His-story are amazingly wonderful.  I don't know how one can truly understand the New without the Old.

Then there is the true miracle... that He wants you and me to be part of the Story.  Our story becomes a chapter in the eternal book being written by the Creator... and that is where my ponderings finally settled this week.

If one reads "the course of human events", then one understands it has mostly been a non-fiction novel (what?... no, it is not an oxymoron in God's universe) in which we tend to go from one battle and one war to another.

Even the written word of His-story, which begins in Genesis, is full of angels warring and a third getting thrown out of Heaven.  We then read of man and woman... forced to leave Eden... then death and battles and victories and defeat and tyrants and occupiers and life in a fallen world.

So... what came about when all these words landed into one cohesive thought?  Peace...

For even if another four years of this administration brings America further into a socialist society, even if there is an economic collapse, even if life gets even more complicated, and even if bad stuff happens to good people... that does not change what He has promised all along.

He says He will never leave us nor forsake us.  He says He provides our needs.  He says we only have to believe Jesus was sent to this fallen world to take back the "keys to the Kingdom"... and for those who accept His salvation,  we know not a sparrow falls to the ground that He doesn't know about it... the hairs of our head are numbered... we are in the palm of His hand.

The Lord is the Alpha and Omega, the Beginning and the End.  He has truly "been there and done that".  :)

We are not to put our trust in any man, you know.  The election may mean less comfort, perhaps more persecution of those who want to live their lives by Biblical standards... definitely laws made which cause grief to those of us who believe His Word is true.

So... I set my own little world in order by brewing tea, perusing Scripture, reading a novel written with godly values, popping a movie in the DVD player, watching Masterpiece Mystery Saturday night, making a double batch of oven stew and sharing with Mr. & Mrs. Christopher, and planning next year's garden.  Life goes on...
Posted by Brenda@CoffeeTeaBooks at 11:03 AM

This is a wonderful post, full of hope, even in the face of Storm Sandy, 4 more years of our nation heading down a path I think is wrong, and a troubled economy. God's promise is still here, praise God. I like how you are dealing with things, and now I head to church.

I ♥ the way your describe your way of putting your little world in order at the end of this post. Sounds very similar to my OWN...(Maybe that's why I like it.)

Amen and Amen to that, Brenda! Someone recently said to me, The power has not changed since Tuesday - neither in Washington nor in Heaven!! I am working on Psalm 37 which is so appropriate for our meditation at this time. Every day I pray, "Thank-you Lord, that we are a day closer to your coming." Keep looking up.
Vicky

Seems to me that a nation that could deal with Watergate and 9/11 will be just fine whatever.

What do American Christians know about REAL persecution? I suspect early Christians would laugh to hear us talk about how bad we have it now.

Thank you Brenda I needed this. I also read Debra's post for today the 11th and the post she gave us to click on also at the bottom of it. This post is a forum and this different post is titled Where do we go from here? A poster from Germany. In the comments to this post scroll down to a commenter to it listed at the time 9:19a.m. 11-08-12. Click on it to read another. It is a sobering post but I was very glad I read it. Debra's blog is Debrasotherthoughts.blogspot.com/ We are in troubling times but we have knowledge and Him to hold on to. Sarah

This is so good, and encouraging.

We must be about the work the Lord has given to us to do, each in our own domains!

Have a wonderful day!

Some people are feeling quite uplifted right now. We will all be just fine.

Thank you for those words, thank you. So many Christian friends are really struggling with election results right now. Seriously struggling.

You shared the Words of life needful for sustenance. A man, no matter how "good" he may be will ever sustain us. And truly, no matter how divinely inspired a government may be, it will not sustain either.

For the follower of Love displayed on a cross, Glory displayed in resurrection and Love offered in redemption, only God can sustain.

Thank you for the wise words.