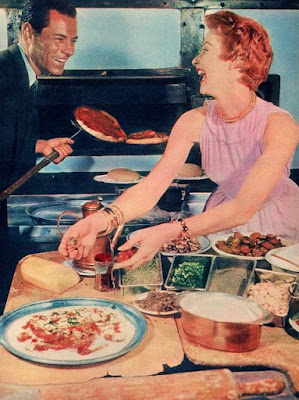 I was enjoying a second cup of coffee this morning when I heard a loud BOOM!!! in the backyard and the electricity went off.  I have our Rural Electric company's phone number on a magnet on the side of our refrigerator for times like this. The landline doesn't work when the power is off but the cell phone does, thank God! If it is an area wide power outage, we get a recording.  This call went directly to a customer service rep so it was apparently just our house.

A utility repair truck eventually drove down the gravel lane and pulled into our driveway.  He fixed the damage right away and told us it was a squirrel that had been electrocuted and caused the small explosion.  Again. So, I'm writing later than originally planned but thanks to the repair guy, I do have power... and hot beverages... once again.   The men and women who repair the power when it is down are heroes.

So, I am going to fly through writing this to make the deadline so it hopefully gets out today for those who subscribe through email!

I'm still recovering but feeling much better than this time last week.  Monday is the last day for antibiotics and I will not miss my cell phone alarm going off very early each morning to take an antibiotic on time.  Thank you for the lovely emails and comments on Facebook. I haven't had a chance to respond since I spent a lot of time on the sofa but they were appreciated very much.

There were a few more questions about choosing five main meals for the pantry and I was wondering how to describe putting them together when I was falling asleep one night and it came to me.  I could picture the pantry as a wardrobe.  Whether it was a God Thing or my imagination... or both... there was a way to describe it!

So the wardrobe idea that I thought of this week goes like this...

We build a wardrobe from basic clothing and colors.  When I worked in a corporation, my wardrobe was made up of skirts, blouses, suit jackets, and sometimes sweaters.  They were all in the colors that looked best on me... black, navy, white, red, royal or navy blue, etc., and could be mix and matched.  (Yes, with dark hair and a very pale complexion, I was a true Winter on the color scale!).

These days, since I am home most of the time, the colors are the same but I have mix and match slacks, shirts and tops, a couple skirts, pull over or cardigan sweaters, etc.  I don't need a lot of clothes but it doesn't take a lot when they coordinate with each other.

Even though I wear pretty much the same four or five outfits most of the time, it doesn't always look the same because the accessories are different.  It is the same way with our pantry when we change out condiments, herbs and spices, add this, take away that, etc.

Because of this, the five meals that you have the ingredients to make all the time in your "pantry" (which includes the freezer and refrigerator) will often actually make more than five because of the variety of ways one can assemble the various ingredients.  Even the way they are served can make more than one meal.  I often have tacos one evening and freeze half of the taco meat I made for a later meal of nachos.  I just add a jar of salsa with the defrosted taco meat and pour that over the corn chips.

Right now, the easiest way to put together the five meals that I always have the ingredients for in my pantry, freezer, and refrigerator are to separate them by the protein... ground beef, stew beef, whole chicken, chicken thighs or breast, pork in various forms, etc.  I "deepen" the pantry by how many packages of meat are frozen and how much of the ingredients are on the shelves, in the freezer, etc. for each recipe.

Then I make certain I have the canned goods and frozen items needed for each of the five main dishes.  I also try to have a selection of refrigerator items for each (like cheese, cream cheese, eggs, etc.).  I always have pasta, onions, carrots, green or red peppers, seasonings, condiments, etc.  I usually have Yukon gold potatoes.

To add more options, I have pouches of frozen rice of various kinds in the freezer, as well as various frozen vegetables.  I have canned vegetables, canned tomatoes (a staple of many recipes), canned sweet potatoes which can be a quick side, small pouches of instant potatoes, and similar items to add to or round out a meal.

I try to have a good amount of canned tomatoes because they are central to items I make a lot so they are a priority while I only have a few cans of sweet potatoes.  Because of limitations of budget and space, more has to be given to those items I use a lot.

I still enjoy trying new things for cooking so you may see some food items, spices, condiments, etc. in my freezer and pantry that are not part of my usual menus.  But it is fun to learn something new to cook.  I probably should mention again that I'm also experimenting with various vegetarian meals at times and that I do not make a whole meal each night.

Oh, as for the little black dress?  When I had people over more to serve dinner, I always used the same two or three menus and had those ingredients on hand.  It is actually something the previous generation of women have done for centuries.  Which is why some mothers are known for their lasagna, an aunt for her chicken casserole, and a friend is famous for her soups.

I was taught as a young wife to have a couple menus I knew by heart to serve for guests and have the ingredients on hand so I could invite people over to show hospitality.  It still works decades later.  The umm... little black dress of the pantry so to speak.

Next week... the baking pantry.

Posted by Brenda@CoffeeTeaBooks at 5:10 PM

Love the analogy especially the little black dress—very clever. Thanks for sharing how you plan and stretch meals from your pantry.
Blessings, Sharon D.

You are a lovely human being...........you always write as a friend would write and you always....ALWAYS......Post as a welcomed-longtime friend would chat to a ‘bestie’, I guess the kids would say. And your ideas about deepening the pantry and what would you do in an emergency are so well thought out.

Please know your readers love you.

This makes me wonder what you'd most likely serve. I was asked to make lasagna for Thanksgiving this year. I declined. There is no reason to go that route...that's when there are only two or three at the table. ☺️

I am so glad that you are feeling so much better.

Sorry about the electricity, but I confess I grinned a little evil grin to know that a squirrel is no more. The squirrels here are eating my fence, my stairs, my deck...not a fan of squirrels.

I love this idea!

For me it would be a chicken dish. My little black dress is chicken, but I can make it into different outfits depending on how I season it. I often make an Alfredo dishe by using butter, heavy whipping cream and Parmesan cheese, and because my hisband prefers rice to pasta I serve it with the rice. However, I could take almost the same ingredients, but substitute chicken soup base for cheese and now I have a creamy chicken dish that I also serve with rice but tastes completely different!

Having the basics on hand allow me to be creative and serve good meals that we all like!

I made your spaghetti sauce using pizza sauce and diced tomatoes. We lived it! Will do again!