Living the Pantry Lifestyle - Tackling what needs to be accomplished slowly 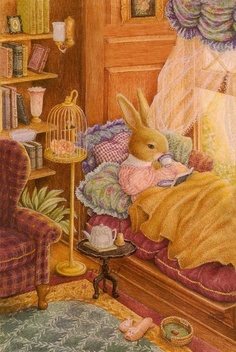 I've had a mild case of some kind of flu bug this week so I'm behind on just about everything.  I was very happy that I had made chicken stock using what was left from the roast chicken dinners over the summer and then freezing it for cooler weather.

I defrosted two of the four quarts I had frozen for dinners when we were both feeling under the weather.  I added some Birds Eye frozen brown rice while cooking the defrosted chicken stock in a saucepan and wallah... dinner!  I love the quart size freezer containers since I can use them over and over.

I didn't get out this week but I did purchase a second battery operated lantern for emergencies with Amazon credit and it arrived this week.  I had purchased the 300 LED lantern last year and it worked very well during a power outage.  We do have them once in awhile here in the country.  This lantern is little but it provides a lot of light.

So, I decided it would be a good idea to purchase one more and I bought the 350 LED lantern, which has a little more light than the first.  I do have plenty of candles and such but there are times when we need more light than a candle offers. Not to mention this works great in the garage and out of doors.

I was able to do some little-at-a-time Fall cleaning, the first of which was washing the sheers that are behind the drapes in the living room.  It was one of those situations where I had been looking at them for months and I knew I finally had enough of how dirty they had become.

Maybe washing them when I wasn't feeling well was not wise but they now look wonderful. You wouldn't think that was such a big deal but when my husband and I were struggling to hang them back up behind the drapes (while standing on the sofa!), he told me he now understood why I had put this off a few years.  Exactly.

I don't even try to clean all the kitchen at one time but earlier in the week, while the bread machine was churning away bread dough on the kitchen counter, I scrubbed the shelf where it sits on the vintage yellow cart.  The remaining shelves will get scrubbed soon, even if it is one shelf a day.

I have a favorite "decorating" show I watch now and then where the two people travel to homes that have been on the market a long time and help them prepare and stage their house to sell.  It seems over and over they come up with the same two problem in houses... clutter and the need for a good cleaning.

So, my little-at-a-time way of getting things accomplished works, especially to deep clean and declutter, neither of which cost anything more than inexpensive cleaning supplies. While the sheers were soaking and then washing, I washed that window, cleaned the marble window ledge, and took a broom to the spider webs over the window.  I keep looking at the clean sheers and smiling!

It seems more and more people are stocking up on essentials again these days.  Perhaps the big lockdowns going on in other countries once again are reminding everyone of shortages, some of which are still going on where I live.

I wasn't surprised to see a news article recently with a title telling us to stock up before November.  What did surprise me was that it was from one of the main news media sources.  The headline and first paragraph were enough to make me realize the average citizen is concerned about possible supply disruptions.

I read another article explaining the paper towel shortages.  It isn't so much the families who are stocking extra paper towels right now causing the shortage, it is the fact that all the cleaning being done for COVID-19 is using a lot more paper towels than normal.

When I read that, it was a Eureka moment that I should have realized sooner.  It takes as long as six months to order, build, and install equipment to make more paper towels and that is not something companies want to do if this is a temporary problem.

As far as answering questions this week, I will answer one quickly!  I had written that a nutritionist taught me to add lots of vegetables to pasta meals whenever possible, not only to add nutrition but to balance the carbs.  I was asked what vegetables I add to recipes.

Well, that depends entirely on the pasta recipe I'm making.  If it is my favorite Holiday Spaghetti recipe, I have been adding extra mushrooms, green peppers, and onions because the recipe already calls for them.  Some attempts at adding vegetables have not worked all that well but others have been extremely successful.

It's hard to believe but late next week is my next monthly stock up day.  Where did the month of September go???  I think I lost part of it!

Disclaimer:  Most links to Amazon.com are Associate links.  I receive a teeny tiny commission and it does not add to the price of the object being purchased.

Posted by Brenda@CoffeeTeaBooks at 2:11 PM

Your account of adding vegetables to meals has made me smile. This afternoon I made a batch of spaghetti sauce and hid onion, celery, carrot, zucchini and mushrooms it it. It made the meat a long way further.

Purchasing those frozen containers was one of the best and most helpful things I ever did—on your recommendation, of course. I am sorry that you were under the weather last week. I'm amazed at all that you accomplished even so. Washing curtains is on my to-do list. It's supposed to rain here tomorrow so I will be washing windows. Wondering if you used the full amount of pasta in your recipe when you included the cauliflower rice. Have a great week!