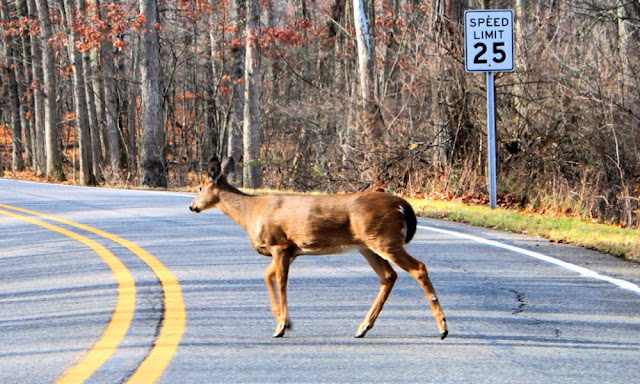 Thank you Brenda. So lovely and faith affirming. I shall be rereading in the coming days.

Thank you so much Brenda for sharing these truths so beautifully written. Reading it
was a balm for my soul. This world is not my home, I'm just passing through. Even so, come quickly Lord Jesus!

Quite sobering to know that there is no going back. It is always about moving forward. I'm looking forward with high expectations.

Never knew this about deer...I will try to be more vigilant.

This was of the best posts I have read in such a long time. I reread it a couple of times. I think you put what I have been thinking into words. I sent the paragraph with the being born for such a time as this to my children. I had just been looking at Esther yesterday morning because it was wet our elementary age kids at church were learning about. I would be teaching 4th and 5th grade girls if we weren't still doing it all online. I felt like the Lord had spoken to me through your words. Thanks for such affirmation.

Hi Brenda... I read your piece and it reminded me of someone who has been saying the same things. His name is Lance Wallnau. If its of interest to you, you might want to check out the things he is talking about. I usually check out his facebook page. Sincerely, Lydia

maranatha, indeed!
as i think and wonder about how long the Lord will tarry,
i know He lives and in Him i have my very being.
i too, am homesick.

Thank you for this post. It made me tear up a bit, but it is good to read the writing of someone who can summarize our days through the eyes of one who is following Christ, as am I.