Living the Pantry Lifestyle - Are you getting the Holiday pantry ready? 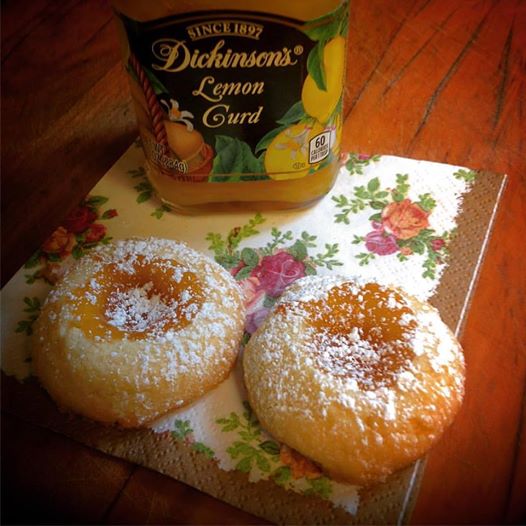 It turned bone chilling cold here this week with heavy rain and winds turning to snow and winds.  It doesn't take anything like an early snowfall to remind one that the Holidays are just around the corner.  It came way too early for my taste but can Thanksgiving be too far away?  Not at all!

I've already been buying packages of butter at Aldi to put in the freezer and a few cans of pumpkin at my other grocery store.  But I realized it is also time to purchase extra flour and other ingredients I will need when the baking commences. This week I purchased my first "extra" bottle of vanilla and I need to look through my other spices and extracts to see what else is running low.

Every time I think of making homemade vanilla again, it is too late to start the process for the Holidays.  While many recipes say that six weeks of soaking vanilla beans in spirits (like vodka) is all you need, I found for a truly rich flavor, it needed a few months.  I may make a recipe in January since it doesn't go rancid.  Neither would you if you were made up of mostly vodka.

I think one of the tasks I can do as I'm recovering from eye surgery will be to put together the recipes I know that I will be making again this year.  Those baked goods that are always included in a gift tray like Jewel Cookies.  Some years I use cherry preserves in the indentation, other years I've used seedless raspberry or strawberry preserves, and I've even been known to fill them with lemon curd.

I do like to try new cookie recipes at Christmas because it gives me an excuse to be creative.  I already have a few bookmarked from Cozy Christmas Baking: A Hygge-Inspired Christmas.  I bought this pretty self published book with credit that arrived after Christmas last year so this will be my first Christmas to actually bake from it.  It has so many good Holiday recipes!

Although our Christmas dinner is always the same, when the kids were home I often served an hors d'oeuvre Christmas Eve selection.  It gave me a chance to be creative and I have yet to meet a child (or teenager) who doesn't like to try a bite of this and a taste of that.

The Thanksgiving menu is always set in stone.  No changes are made except perhaps an additional dessert as long as there is always a pumpkin pie. I wouldn't think of using any other dressing recipe than my mother's, which is a standard sage bread dressing recipe.  I see beautiful dressing recipes in glossy magazines that I'm tempted to try with perhaps chicken someday... but never ever on Thanksgiving.

Dressing is one of those dishes that can make Holiday dinners less than peaceful (which may be an understatement).  My husband's mother stuffed the bird so it was a true stuffing.  My mother baked the dressing in a casserole dish or a 9 x 13 dish so it is a true dressing.  Fortunately for the peace of this household, my husband hated stuffing and it took years for me to get him to even take a bite of the less slimy moist baked dressing, which he kinda' liked.

Besides thinking of upcoming Holiday meals and food related gifts, I have enjoyed cooking again now that it is so cold outside.  I have started purchasing certain food that I know will be needed for a soup or casserole and keeping them available in the freezer.

When I roast a chicken, I have started putting the cooked white meat from one of the chicken breasts double wrapped into the freezer for a future recipe.  I have quite a few casserole recipes that call for cooked chicken and it is quick to defrost.

This week when it was so very cold, I decided to make one of my favorite last minute dinners, my Quick Chicken Pot Pie.  I brought out the frozen cooked chicken breast, shredded it, and added a package of defrosted mixed vegetables, a can of cream of chicken soup, and about half a cup of chicken broth (optional but good, you can substitute whole milk or cream) in a bowl and stirred until well mixed.

This mixture went into a greased 9" pie plate and was covered by a Pillsbury Pie Crust (one of my freezer foods I try to always have on hand) and baked for about 40 minutes at 450 degrees until the crust was nicely browned.

I sometimes add cubed cooked potato to the mix and I always place the pie pan on a sheet pan in case of spill overs (cut an X in the center of your crust and that helps prevent them... usually... not always).  This "recipe" serves 2 or 3 as a one dish meal but it can serve more with the addition of more cubed cooked potatoes, more veggies like pearl onions, another can of soup, etc.

What I find amusing about my Quick Chicken Pot Pie is that I have made various recipes completely from scratch, including making my own cream sauce, and this quick version is just as good.  Never underestimate the power of a good "Cream of" soup!

I plan to be here next Saturday as long as all goes well with the eye surgery. 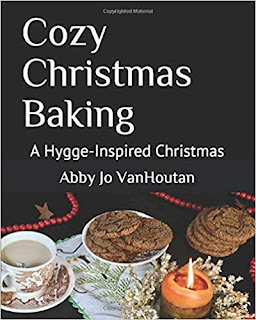 Mamaw's Dressing Recipe (and a few others... scroll down)... here.

Photo:  Jewel Cookies made for a tea party a few years ago.
Posted by Brenda@CoffeeTeaBooks at 5:29 PM

Have started to buy things for Christmas. In Australia we don't have Thanksgiving though I think parts of the holiday would benefit us. I now have a half a leg ham in the fridge. I have bought nuts and dried fruit and some fruit soaking in alcohol. Mum insists on fruit cake for the day. I also have a ginger pudding that I bought. We all loved it last year. Mum also likes a fruit or plum pudding. My children would be happy with ham, salad and an ice cream dessert.

Such a pretty photo! It makes me want to give them a try. Mona Gabriel at Instagram featured a lemon curd recipe today that was intriguing because she called it the best and easiest. I am all about easy and great.

The holiday pantry is in need of stocking. I was just pleased that I had some chocolate chips for cookie baking today. I am still waiting for my favorite butter to go on sale at the grocery store in my daughter’s town. Two for $5 instead of the usual $5. I stocked up in the summer, but have now opened the last package. I think I will put her on the case or else check out their online presence so I can be in the know.

Ongoing prayers for your eye, Brenda. It will be so good for you to have this in the rearview mirror and for you to be seeing well again. 🙏🏼

Oh I am so glad that we are not the only family that the husband's family done stuffing and the wife's family done dressing. Now, I personally don't like stuffing and my husband doesn't like dressing. I am not sure if he will like the stuffing I make for him this year as he is used to his mom's and she is unable to make it this year. I love my dressing and it will be on the table!

Will pray for your successful surgery! Always love to read your posts.

I love to cook during the fall and winter. Your chicken pot pie is similar to mine but I usually make a crust and these days I do a low carb crust.

Ill be praying for you with your eye surgery. I need to have a cataract removed in my left eye. I’m not sure when I’ll have that done.