Sunday Afternoon Tea - What this season of life has taught me 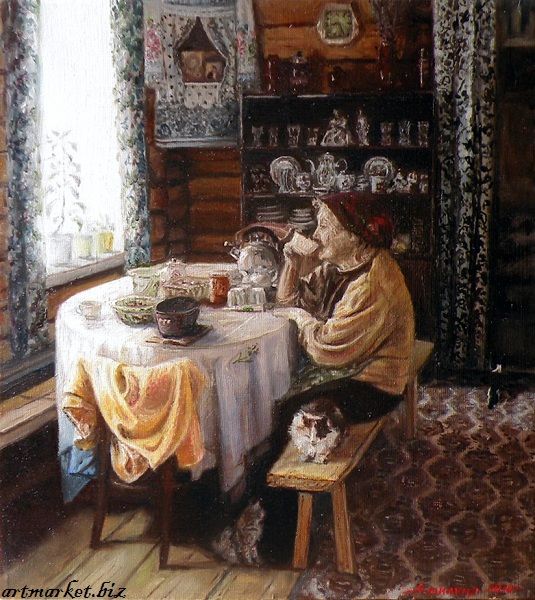 The forest around me is about as lush and thick as it ever gets in Summer.  Everywhere one looks, we are surrounded by various shades of green.   However, there are signs here and there that the end of this season is almost upon us.

Leaves are dropping from tree limbs, most likely dry from the lack of rain after too much rain earlier in the season.  The sound of the cicadas provides an odd sort of music when I am trying to get to sleep.  The black walnut tree is heavy with green orbs about ready to fall on the ground... and my roof.  Soon the squirrels will become... squirrely.

The older I get, the more I am always ready for the end of Summer and the arrival of Fall.  I don't do heat very well and it has been hot and humid.  The kind of humidity that can be felt even when the air conditioning is cooling the air inside the house. We have been graced with a few cool-ish mornings recently.  A wink of what is to come.

I was sitting on the porch bench on one of those cool mornings this week, before the rising temperatures would remind me it is August.  So often I just want to drink in the beauty of the surrounding trees and the morning birdsong.  It is my favorite time of day in hot weather.

But this time I was thinking about the end of Summer and how the trees are almost ready for another cycle of nature... the fading of the green, the showing off of color that had been hidden all Summer, the drying and dropping of the leaves to return to the soil and provide nutrients to begin all over again come Spring.  One could begin humming The Circle of Life about this time... and I am sorry if the tune stays with you all day now that I've mentioned it.  It does have a way of doing that.

I was thinking how I wish I knew then what I know now... then being the decades that came before my sixties.  I truly understand that wisdom... and a certain amount of peace... has come only because of what I went through then.  But it would have made going through it much easier if I realized that at the time.

There were times in my life that I was disappointed with God.  I think all of us go through that, which is why Philip Yancey's book, Disappointment With God, became such a best seller.   It is something we all feel at times if we are honest.  God can handle our disappointment and it only becomes a problem if we let it lead to bitterness.

I have long understood that He much prefers our honesty over our pouting and when we ask truly wanting to hear from Him... well, He has always found a way to answer my hard questions.  Sometimes there have been actual answers.  Other times He uses the Word to assure me there is an answer but it may come in Eternity.  Most of the time, I hear that still small Voice saying... trust me.

I think one of the most important answers I have received over the years is the realization that my disappointment is not so much with God but with what I was taught about God.  For instance, for a few years early in our marriage, we attended a couple churches that taught the newly popular "health and wealth" message.

Let's just say I am glad I had very good theological instruction before those years for I still struggle at times to get that out of my mind.  What I realize now is that this teaching is very much works oriented and it is no different than the Pharisees demanding the new Christians follow the Law.

When our first baby died, it was highly suggested that it was because my faith was not strong enough so he was born too early.  They taught if one is sick or suffering in any way, then there is sin in their life.  It always came down to God deciding our destiny because of our works and not the Work of Christ on the Cross.

Now, I fully understand that sometimes we suffer because of our actions.  For instance, we now know smoking can cause lung cancer so if we smoked, that can cause the illness. It is just a Truth in this fallen world that smoking leads to cancer cells.  It doesn't even mean that anyone who smokes is a bad person.  It certainly doesn't mean that just because one suffers in any way, they are walking in sin.

Fortunately, I had been grounded in the writings of men and women of sound doctrine before attending these churches.  I still remember the Sunday we were leaving church and I turned to my husband and told him that I did not want to go back to that teaching.  He stayed for awhile because the teaching of possible healing meant so much to him but eventually we changed churches to one with sound doctrine.  Not perfect.  But good.

But the one time in my life I almost gave up on God altogether came as a result of that teaching still being strong in my mind.  The entire "name it and claim it" teaching is, if one is honest, quite legalistic.  For it is full of rules which, if not followed precisely as taught, means God cannot and will not work in your life.

I also found in the churches that teach this, the leadership especially tended to be very judgmental toward the flock when you dare to leave the teaching.  Let's just say that I would have had a good case for slander against church leadership and it was something I came to realize happened more than one would think.

I wish I could say such things never happened again.  No... they did.  A few times, actually, through the decades.  But as I gained more trust in who God really is, what the Word really says about Him... I also came to realize that often my gripe was not with God so much as... dare I say it... Christians.  Not all of them, not even all that many of them, but it tends to be those who are the most negative toward us that we remember you know.

I asked a person I trusted one time why he thought I felt so shocked when I found Christians in the church saying and doing mean things against others.  He thought it was because we don't expect it in the church environment.  I think he was right for I didn't feel the same cutting shock wave going through me when a coworker said something mean.  Annoyed?  Yes.  Shocked.  Not so much.

I will admit that another lesson learned through all of this is to always be willing to "let it go".  He does not want us to hold anything against another person.  He makes it clear that we are to forgive others if we want our prayers heard.

We can't be Velcro Christians when it comes to hurts done to us, holding on to every little thing.  No... we have to Let. It. Go.  Release people and forgive them that hurt us.  Forgiving them does not mean what they said or did was right, it just helps release us from their affects on our life.

In our finiteness, it is impossible for us to ever understand what God is always doing.  There are now certain times of suffering that I can look back and see God at work in it.  It is like a Eureka moment and I understand.  More so are the times that I still don't understand and that is when I have to trust Him.

That is the one phrase I hear over and over in that still small Voice when I pray.  Do you trust Me?  Do I trust His character?  Do I trust how He has brought us through before?  Even when I cannot understand what is going on at the moment?  YES!

Never perfectly, of course.  I still struggle with anxiety off and on.  Especially when I wake up in the middle of the night.  But I have a deep faith that in the end, when I have completed my journey and stand before Him, I will know it was all worth it.  He was there all the time, even when I did not understand.

I am thankful for the great teachers I had as a young Christian.  I shudder to think what my relationship with God would be now if I still thought everything depended on whether I had perfect faith or not, if everything depended on my good confession.  I think I would have given up on God long ago.  I am eternally grateful He did not give up on me.

Mentioned in this Blog Post
Disappointment With God... here.

Me, too! If this Christian life depends on me...I’m done. Cooked. Lost. That’s why I always feel so bad for those who are counting on how kind they are or how much they give or how much good they do to gain Heaven.

I never know what God is doing when I am in the middle of a thing. Sometimes it takes months, years. It is better for me when I give up my need to know.

What’s that they say about Christians...we’re the only ones who shoot our wounded.

By the way, I LOVE the illustration you used.

Good truths, Brenda. Legalism is a killer of truth and of joy in relationship with Christ! We really can fall into it so easily, can’t we?

I had the same experience when we lost our little boy to prematurity, and when I suffered miscarriages. Some people told me I didn't have enough faith. It was devastating and caused me much pain. The "name it claim it" teachings are wrong and dangerous. We don't know all the why's and wherefore's and it is enough to trust that He does and He loves us more than we can ever understand. Good teaching and sound doctrine are more important than ever.
I love the picture in this post!

thank you!!!!!
this is SO right on.
you have both validated those of us who find
ourselves on this path, as well as explained
the danger of legalism in faith. ♥

This is so wise; thank you for sharing your wisdom. I know it can't have been easy to write.

What a great post and so encouraging! We have been through so many things, too, as a result of inaccurate teaching. God used His Word and my husband to teach me so that now we are like the Bereans and compare the teaching to what does God say.

"It always came down to God deciding our destiny because of our works and not the Work of Christ on the Cross."

I needed to read this! Thank you!