Living the Pantry Lifestyle - A good time to check those dates 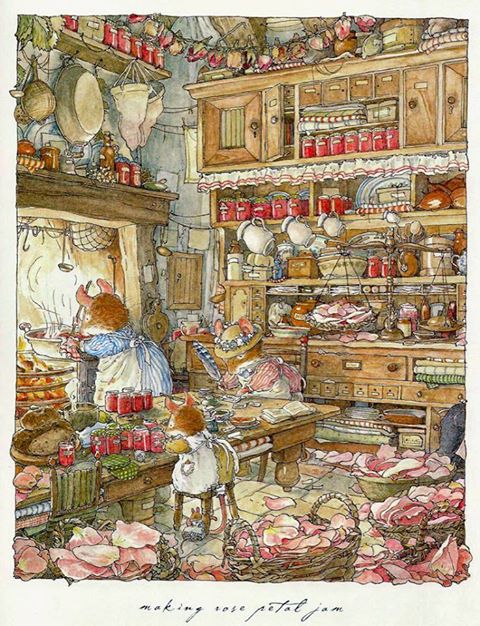 I may have told you that earlier this summer, my husband noticed there was something "off" about the shelves in the kitchen cabinet that holds cans and jars of the food I keep handy for everyday meals.

It turned out that one of the plastic widgets that hold the shelves in place had broken and would eventually need to be fixed.  That repair happened a few weeks ago and while all the items that usually sit on (and under) that shelf was now sitting on the kitchen counter, I decided it was a good time to check the dates on each item.

Most were very recent but there were a few cans I knew had been there for awhile and after seeing that the Use By dates were now a couple years old and I knew they would not be used soon... they were tossed.  Fortunately, there were only a few cans.

Since I was already in a cleaning out mood that day, I cleaned and organized the tall yellow pantry and thought it time to finally... after at least ten years... redo where I put things on those shelves.

A few jars of homegrown herbs were tossed as well as one or two store bought herb mixes that didn't get used in the last couple of years.  All my spices were still fine, although I took a taste of the sumac that had been in the pantry a few years to be sure (it was fine).

I next turned my attention to the red shelves in the kitchen that holds jars of bulk foods and items used for baking.  The jar that holds All Purpose King Arthur Flour was empty, waiting to be filled with a bag I had in the pantry.  I washed that jar while there was an opportunity and let it dry a day or two before adding more flour.

My attention was next turned to the jar that holds bread flour and that was an entirely different decision.  For I used to make bread a lot but I hadn't in a year... or two.  I knew there was a backup package of flour in the pantry that I had bought at the same time as the flour in the jar so I checked the date on it... yikes.

I had no idea that the flour was purchased with a Use By date of... 2016.  How did that happen?  I knew I hadn't baked yeast bread in awhile but I didn't realize it was that long ago.

So the flour in the jar and the extra bag of flour were both tossed, the jar was washed and set aside until I could get to the grocery store and purchase a new bag of bread flour to have on hand.  I use items past their Use By dates but two years is too old for flour!

There are some items in the pantry that should not be used by their Use By dates, although most can last easily a few months after the dates.  Most canned goods can go a couple years if the can is not bulging (if it is throw it out, do not taste anything).

For instance, the boxes of pancake mix, cornbread mix, etc. should be tossed at or soon after the date.  I thought it an old wives tale that some mixes should be tossed that soon until I read an article about mold allergies (which are extreme in my husband and son).  The article said these mixes can be dangerous for those with mold allergies if kept very far past the Use By date.

I wish I had a hard copy of the article, I lost it in a computer crash.  However, it taught me that we do need to be respectful of Use By dates.  I don't recall cake mixes being listed in that article but we do have to remember the baking powder in them loses its' affect so they do not work for long term storage.

For me it was a wobbly kitchen cabinet shelf that started the date checking but it is not a bad idea to use seasonal changes as a reminder.  Now when I look at the items in the cabinets, yellow pantry, and on the red "bookshelf", I know they are all safe!

Image:  Brambly Hedge
Posted by Brenda@CoffeeTeaBooks at 10:52 AM

It must feel wonderful having everything clean, arranged, and updated before fall and winter. I just put 21 more pint jars of salsa on our selves that we canned yesterday. Winter is coming and I want to be like the little mouse in your picture above . . . full pantry, cozy kitchen and ready for whatever weather winter has for me :)

Sorry that some things had to go. I did that chore last winter and a lot of cake mixes had to go. All I could think was the $ I was tossing, but when health is concerned, one must do the prudent thing. Recently, I helped close out my sister-in-law’s apartment and many things had to go. Yes, painful, but far better than getting sick.

Have to tell you that I adore Brambly Hedge. So much to see! I’m going back to look again.

I just checked mine a few weeks ago. What I started going since my vision problems a couple years....as well as older eyes (ahem), I write the month and year use by day in big print on top of the can with a sharpie.....and those silly yogurt containers that you can never read well!

I wonder whether it would help or extend the life of these flours if you had them in the freezer. That might prevent the mold. My cupboard of spices and teas really needs some work and I have to stand on a little step ladder to do it which makes me put it off too long! But soon, when it's cooler again.

I just checked my spices today while I was waiting for a cake to finish baking in the oven. Marjoram is what needs to be replaced, can't quite remember what I use it in though.
Love Brambley Hedge also!

Good for you! I've been using up all my goods on hand. I want to start fresh.
Laura of Harvest Lane Cottage

I am in the process of sorting and rearranging our pantries. It is amazing what can hide in there.

I did my check earlier this year. Glad to have that done.

You always have good information I. Your pantry posts.

After a busy weekend I’m getting caught back up!