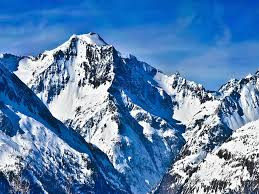 Many were shocked this week by the suicides of two famous people, both of whom were at the top of their respective careers.  Since then, there have been many blog posts, newspaper articles, and television updates providing the phone numbers for depression hot lines.

To be certain, they are an essential part of our society.  People who are thinking of suicide need to have someone to talk to, a number to call, a life line provided.  However, after the phone is hung up, the seeker of help is often as depressed as before. The answer is sought in medication or in meditation or alcohol or drugs.

I have never suffered from clinical depression, although I have been married to someone who does for decades.  Instead, I have suffered from the depression that comes from the outside, when one's entire world is falling apart and the enemy of our souls is telling one that there is no hope.

I know what it is like to wake up in the morning after one has begged God to take them during the night.  When it takes more courage to live than to die. When life was too hard to continue... or so it seemed at the time.

What makes my story different than those who have succeeded in taking their lives that did not know Him is this... I had Someone to run to, to cling to, and to provide even a glimmer of hope.  I may have felt as terrible as many who take their lives at the time but the Holy Spirit within gave me the strength to go through the circumstances until there was indeed a light shining in the darkness, the joy that comes in the morning.

Having said that, I wish it was always that easy.  For I have known of followers of Christ who have committed suicide.  It would be easy to spout off something silly like that person was not really saved, or they had rejected Christ, or some other glib saying.  No... I truly believe they still knew Him.

The Word of God teaches us that we are a spirit and we live in a body while here in this world.  It also tells us we have a mind that houses our thoughts, our ideas, our feelings, and the way we look at life.  Our mind is the filter through which we view the world and if that filter is not working correctly, heartbreak can be the result.

A famous instance of this is Rick and Kay Warren, whose son had suffered mental illness since childhood.  He committed suicide just one day after he had been with his parents and gave no indication something was wrong.  I found it appalling to read what some people wrote about the suicide, with accusations as diverse as blaming Warren's theology to assuming their son was never saved in the first place.

Those of us who have known a person with an illness in their brain thoroughly understood what the Warrens were going through.  It is no less spiritual to have an illness that affects one's thinking processes than it is for one to develop a cancer in another part of the body.

That is not to say that it is easy living with someone with such an illness.  In the book Different, written by Sally and Nathan Clarkson, they talk about what it was like growing up with such symptoms from the standpoint of both the mother and the one trying to cope with them.  I have recommended Different more than any other book Sally wrote.

It may have helped Kate and Anthony to have a phone number to call but I doubt it.  Both had been known to suffer from depression for a long time. Both had family and friends they could talk to if needed.  It was Bourdain's best friend, fellow celebrity chef Eric Ripert, that found him after he didn't show up for breakfast before taping his show that day.

I was struck while reading the article about Bourdain that the final days he had been experiencing sounded like Heaven on Earth to me.  Delicious food in exactly the kind of restaurant I would enjoy and in a place that all foodies would desire to visit.  It sounded... perfect.

However, I have learned through my own life that when one expects Heaven here in this world, they will be deeply disappointed.  We may experience instances of great joy and profound beauty.  If we are fortunate we taste of the delicious meal and see the lovely landscape... but they only last for a short time.  Our days are fleeting.


Have you ever had those thoughts, asking God if "that is all there is" to life?  I think if one has lived long enough, then it is possible. I wonder if that was the mindset of the two who ended their life this week?  We may never know for certain but we do know it seemed from the outside that they had everything the world could give.

For those of us who walk with Christ with somewhat healthy minds... for the Fall brought perfection to an end... we can find hope in that Rock of our Salvation.  When the hurricane force winds of adversity arrive... and they do to every life... we have an anchor.  If we believe the Bible is true... we have grace here and the promise of Heaven as our goal.

What can we learn from the events of this past week?  As Christians we need to stay close to the Lord and have people around us we can talk to when things get bad.  We also need to ask for wisdom and discernment towards those that God has placed in our circle of influence.  You may be the one person in the life of another who recognizes depression in them.

As for me, it is a reminder that the things of this world cannot satisfy no matter their glitz and glitter.  Heaven is real and it is promised in His word and paid for by His blood on the cross.  Anything that resembles it in this world is simply an illusion that cannot satisfy our true longings.

Mentioned in this Blog Post
Different by Sally and Nathan Clarkson... here.

Disclaimer:  Most links to Amazon.com are Associate links.
Song lyrics*:  I Go to the Rock, writer Dottie Rambo
Posted by Brenda@CoffeeTeaBooks at 8:00 PM

You are so right, Brenda. Our only hope is Jesus, everything else is fleeting.

such a difficult subject. My heart aches for the family members as I have been there. My birth father committed suicide- I was young child- I wonder through if our lives would have been different if he had not. My brother when I was 17- it was so painful, it has forever affected our lives, you don't get over that. When people judge where they are - I just have to say, we serve a just, holy God - he knows answers.

Such a difficult topic and you handled it so well. No answers other than that He Himself is The Answer. In every situation. With every fear and every anxiety. I did not realize that Sally had one of those special kids. 🙂 And now I am wondering how she is doing with her eyesight and all...must go looking.

I agree with what you have written in this post. Suicide and depression are all around us, even in people who have great worldly success. In Christ the solid rock I stand, He is our great helper.

Yes! I can identify with the soutce being "outside" onesself. It's been an especially "blue" weekend for me. Your post is quite timely.❤️

Our family is in a rough patch right now. I'm so thankful for His Everlasting Love.

As usual, your words are wise. Thank you for writing so compassionately about a hard subject.

Thank you for this post, dear one. I have battled anxiety and depression off an on for years (mostly anxiety/OCD) and if I didn't have Jesus, I don't know what I'd do. I'm grateful for Grace.