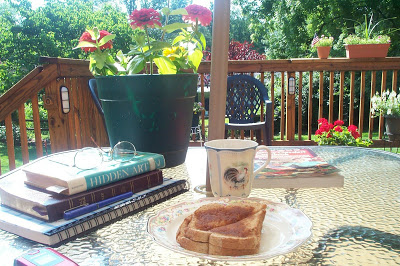 Recently I had an opportunity to view a couple episodes of Lou Giglio's teaching series from his book, Goliath Must Fall.  The first episode, which inspired today's blog post, was about the subject of fear.  I was hooked from the beginning.

To be honest, I'm not much of a worrier.  I try not to let my imagination go down a path that would cause worry.  Having said that, I do at times experience overwhelming fear.  Unlike worry, which gnaws at one's soul over time, fear can hit you in the face like an unexpected hurricane force wind.

Fear is when a family member is late getting home and you hear sirens in the distance.  Fear is when you realize you can no longer walk very far without overwhelming fatigue.  Fear is when the doctor calls with bad news or you are told you are being laid off from work.

In the first episode, Giglio teaches that it was no coincidence that God would call a worship leader to slay the giant.  David, as we know, wrote most of the Psalms and music was an important part of his story.  Giglio believes music can be an important source of strength in a time of fear.  Of course, there is much more to his teaching but I do not have hours as he did in the series.

So what does the subject of fear have to do with James Taylor?   Well, Giglio realized long ago that when he is in a battle with fear (and the giants behind it), he found faith and solace in music.  He became a Christian before modern Christian music came about and the song he turned to when he was young was... Fire and Rain by James Taylor.

So many people I know who accepted Christ at that time came from "unchurched" backgrounds. So finding faith in words from secular music would not have been a surprise. I suppose that is why for years on my itty bitty iPod, the most listened to "album" was John Denver.  He is still a favorite and when I listen to his music, while not a Christian at all, he takes me to a place where I personally can rest and hear from God.

Another source of music that can have a calming affect on me, much to my children's chagrin, is some country music.  I am convinced the music we hear in the crib stays with us all of our life and my parents were always playing a country music record.

I try to be careful not to listen to defiling lyrics but there is a lot of good stuff I can turn to. Recently I had on repeat Brook's and Dunn's amazing song called Believe (the official video is beautiful).  Believe will fill you with faith.  Another country song I love that takes me to a place of faith is the one my son chose for the mother-son dance at his wedding... Garth Brooke's The Dance.

My husband, not originally a fan of any country music, has Vince Gill's Go Rest High on That Mountain on his YouTube play list.  It is the song he wrote when his brother died and as he says in the video, has brought great comfort to many people who have lost a loved one.

My CD collection throughout the years contains quite a few secular artists but I admit that most songs I turn to in hard times are those who, without a doubt, raise up Jesus as our Redeemer, Savior, coming King.  For only Jesus can promise me that this world is not all there is and that He provides the strength to endure.

Two of the songs I return to quite often were first introduced to me by my daughter.  One is J. J. Heller's Someday and The Gray Haven's Far Kingdom (I love the entire Fire and Stone "album", very "Narnia-ish").

Come to think of it, my daughter was the one who introduced me to one of my very favorite Christian groups called Indelible Grace.  Their website has a video called Roots and Wings which shares the story behind the unusual group.  They perform modern arrangements to very old songs.  I have included a few YouTube videos of their music because there are both quieter and louder songs available.

Another favorite group I return to a lot is Selah.  I have a couple CDs that have favorite songs and I also like to listen to them on YouTube.  Some of my favorite songs are, Wonderful Merciful Savior, Before the Throne of God Above, and You are My Hiding Place.

Lanier mentioned on her website that an "album" she kept on repeat after her father died was Over the Rhine's Blood Oranges in the Snow.  It has been on my Amazon play list since then.  Like Lanier, I especially love the title song.  The words remind us to persevere.

One of the things Lou Giglio helped me to understand is that we need to have a library of sorts of faith building music to run to, especially in times we are facing the giants in our life.  Each person's play list will be as individual as they are, usually involving a mixture of various genre of music.

I know, of course, that many still love and find comfort in the old Hymns of the faith.  What I wanted to share here were some of the songs and musicians whom you may not be familiar with but I have come to run to in hard times.  There are so many more songs and artists I love but this blog post has already taken hours to write.

Someday there will come a Place where time does not exist.  In the meantime, let's enjoy music that can bring us peace and remind us of that Jesus has already paid the price, not only for sin but for fear.

Indelible Grace website... here.  (The group consists of various individual artists so various recordings may feature a mixture of artists.)

Image:  A photo from many years ago that is a favorite of mine and I know yours, too.  :)
Posted by Brenda@CoffeeTeaBooks at 3:15 PM

"So many people I know who accepted Christ at that time came from "unchurched" backgrounds. So finding faith in words from secular music would not have been a surprise. I suppose that is why for years on my itty bitty iPod, the most listened to "album" was John Denver. He is still a favorite and when I listen to his music, while not a Christian at all, he takes me to a place where I personally can rest and hear from God."

I know what you mean.

Thanks for this list of links, I went down that rabbit hole and found some wonderful songs: The Gray Havens and Vince Gill's Go Rest High on that Mountain were new to me.

Have you ever heard "The Master's Call" by Marty Robbins? I grew up on that (my dad and his 1960's country), and it very definitely leads me to the Lord.

Have spent some time wandering through the “playlist.” Have found new to me songs and some old favorites. You are so right...music is powerful and we certainly can use it to improve mood, to turn our thoughts to God, to give us a boost of energy for accomplishing housework and on and on it goes. I’ll be finding something here shortly as I am going through paperwork and will need a mood boost. ☺️

Ah, it's summer break from homeschooling, time for me to get back to regularly reading the blogs I enjoy, and what wonderful timing for me to land here. I love this post! I'm familiar with some of the music you mentioned, but I'm looking forward to exploring the artists and songs that are unfamiliar to me. It's always so delightful to find new music to enjoy and to add meaning to life!

Just wondering how you know that John Denver was not a Christian at all. r