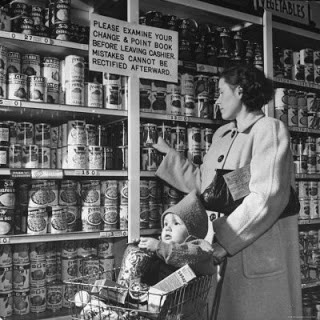 I must apologize for just popping in today with a very sleepy mind that is trying to focus on accomplishing at least part of my To Do list.   I was coughing a lot last night, which meant not getting a good night's sleep.  We are still not certain what is causing these allergic reactions but the Nancy Drew part of me is at work on it.

Fortunately, I could sleep awhile this afternoon but when I got off the sofa to start the dishes soaking, Florentine had curled up on the throw and looked so cute that I didn't have the heart to make her leave.  Which is probably for the good, I could clean the kitchen and turn on the computer to write a blog post.  You have Florie to thank or blame...

My pantry thoughts the last twenty-four hours have been on the "suddenlies" of life.  Although we knew a strike on Syria was probably coming, it was still rather unsettling to have a Breaking News Alert come on while watching a TV show last night.

It got me to thinking how, while this particular bombing may not have immediate consequences, someday an event will happen suddenly that will make one glad they have been putting back a little or a lot, whatever God has led each person to do.

One does not have to be a believer in Bible prophecy to look at the political map right now and realize just how unsettled the world is today.  I don't really worry about it for I believe there are some things God will not allow to happen until His time.  However, that time could be today or next year or ten years from now... it is good to be as prepared as He nudges us to be in our pantry... it is essential to be prepared by learning to have His peace in all situations.

A couple weeks ago I was pondering how most of us, including myself, have become lackadaisical about deepening our pantries.  Even though there was chatter about possible conflict in the Middle East, I admit to having the attitude of "been there, done that" for decades.

I was a bride during the energy crisis and the run away inflation of the 1970s, which was brought about by an oil embargo due to the U.S. helping its' ally Israel in the Yom Kippur war.  As I understand it, the politicians did not think the oil producing countries would withhold oil but they did not take into account their hatred of the Jewish land.

Who was supplying the armies of Egypt, Syria, etc. who attacked Israel on Yom Kippur?  Yes... the Russians.  So we have seen in the past what can happen.  Of course, this very history is part of the reason we sometimes ignore what is happening today because the players have been around for so long.

It didn't take much to start our previous world wars as the political posturing had been going on for some time before the fuse was lit.  It also doesn't take a war to be fought on American soil to bring about a disruption in food and supplies or... at the very least... raising the prices to the extent many people could no longer afford them when they were available.

I love to read about history and anyone who has read much about what it was like in Great Britain (and other countries) in WWII will learn a great deal about preparing even when one is told everything will be alright.  I have written before about stories of people who felt God was nudging them to stock up on essentials even before a war was thought possible.

God knows what each person can do and He never asks us to do more than we are able.  So if all you can keep on hand is some extra water, canned goods, TP, etc., then do what just what is possible at the moment.

If He does want you to do more, then He will also supply and you will be secure as long as you do not take the provision He gives and vacation in Aruba with what was meant for your pantry.

You may be a person who can deepen your pantry a great deal and you feel God is asking you to do so.  If He has provided the means for you to do this, if you have space and you do not need to go into debt (which one should never do to stock up)... then you will be glad you listened to His nudging someday.

I would add that personally I don't believe it is wise to go shouting from rooftops that you have extra food and supplies on hand.  I don't have very much extra so I don't have to be concerned but if you are well prepared, you would also be a target if people know it.

The book I read recently about the Amish family during an EMP crisis is well worth the read as to what could happen should society be disrupted.  This is not WWII America, the basic morals that society lived with then have been far removed from society today.

I just proofread this and found a few errors so please forgive me if this makes no sense.  I am sniffing and sneezing and coughing and I still have one eye that is kinda' blurry but here is to doing the best we can!

Mentioned in this Blog Post
When the English Fall: A Novel... here.

Disclaimer:  Most links to Amazon.com are Associate links.
Posted by Brenda@CoffeeTeaBooks at 5:08 PM

"the best we can" is very good advice. Your always have words of wisdom to share with us. Hope you are feeling much better soon. Blessings, Sharon D.

Very good reminders. I live in Amish Country in PA and I worry about what would happen to then in these kinds of situations. While they live off grid and their lives would go on, they would be vulnerable to people coming to take their horses and buggies, their gas bottle run fridges and stoves, their generators. Being pacifists they would have no way to defend themselves.

Prayers for your allergies and your vision!

Thank you for the reminders to pay attention without worrying. I just ordered the book. Hope you feel better very soon, Dee M.

The Bible also says not to worry about tomorrow. Being prepared is great but living in fear is not. I believe you can be prepared for anything and still end up with nothing.

We realize more and more we are living in End times, both exciting and scarey. Doing the best and prepare as we can is good. I laugh at people around here that rush out when snow is coming- you live where it snows stay prepared.