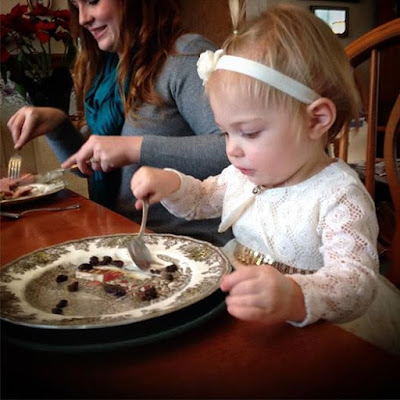 The fact that this is the year of our Lord 2018 is pretty amazing.  When I became a Christian circa 1970 as a young teenager, I never expected to still be around in 2018.  When I ended up in Intensive Care about fourteen years ago, I didn't think I would be around in 2018.

Isn't it wonderful that God has a path for each of us and He keeps us around until that path is complete?  He can still use each of us despite circumstances and weakness.  2018.  Amazing.

I had a lovely Christmas season, which for me extends from the days after Thanksgiving through New Year's Day.  At this time in my life, the celebration of the Season and all the sparkle that goes with it can be even better than Christmas Day itself with few family members around.

It is the time of year which I perceive as one of those seasons in which the veil between Heaven and Earth thins a bit (if one reads Celtic literature, you understand) and Heaven kisses the earth with the promise of that which is to come.  There is a feeling, a look, a sparkle in the air that I feel no other time of the year.

Now, it certainly was not perfect for although I enjoyed having my son and his family here on Christmas Eve, I was feeling miserable with a cold.  It became even worse for about a week.  I spent many a day with a pillow, a couple boxes of tissues, Vick's Salve, and from time to time a kitty curled at my feet.  I had to sleep on the sofa with pillows propped.

On the bright side, it gave permission (as if I  needed it) to watch far more Christmas concerts, movies, etc., on TV and DVDs than usual.  While I still have some sniffles and a cough... I'm feeling much better.

The tree was taken down yesterday and the Christmas decorations were mostly put away.  My husband brought some items in from the porch today (where the temps had raised to a balmy -8) so I could put them away while dong laundry in the garage.

Yes, we are experiencing the frigid Arctic air and for the most part, we are coming through it okay.  Except the car battery died and is beyond repair.  The roadside service places in town are all booked and we have to call back later this afternoon to even be put on a waiting list.  Apparently many other cars are experiencing dead batteries.  I am not surprised.

I will be back later in the week with a book review and resume regular blog posts next weekend.  At which time, I will write about my Word for the Year.  Soon I will write a blog post sharing my favorite books of 2017.  However, first I must get my house back in order.  Literally.    Oh, the dust...

Image:  If you follow me on Instagram (@coffeeteabooksandme), you saw the above photo which I titled "When a Princess Came to Dinner".  Piper wore the prettiest dress, just like a princess would wear.

We don't own a high chair so Piper ate at the table like a big girl with a stack of books to sit upon.  My husband wondered if we had large enough books and I reminded him that he only had (I assume) a couple thousand to choose from.  It was quite proper that Piper sat on a large book with all the Narnia stories in one volume.  ;)
Posted by Brenda@CoffeeTeaBooks at 1:21 PM

I hope you are feeling better!
And a happy and blessed new year to you. : )

Piper looks like a Narnian princess! Glad you’re feeling better! Its cold at home and chilly in Florida, too.

I adore the Christmas season!

Piper is adorable. Isn't it wonderful to be able to have grandchild(ren) at the table. Thank you God for allowing us to live long enough to feed these precious little sweeties!

Praying that you continue to improve. How is your eye?

She is beautiful. So grown up looking.

Dust here, too.
And Vicks.
Grrrrrrr.

Sorry you had the cold over Christmas. We had it here, too. Mucinex and drinking HOT mugs of water (tea bag optional) helped me a great deal.

Your granddaughter looks delightful. Such a wonderful photo.

Ha! We used big books for our son to sit on also when out and about. She's adorable!
Can't wait to see your book list. I just happened to be looking on-line about some books and noticed that Miss Read has a follower of the singer Enya. (I only like a few of her songs, not sure what she it totally all about??). But anyway she composed a song from "No Holly for Miss Quinn" and also, "Miss Claire Remembers". Just an interesting side-bit.