Living the Pantry Lifestyle - What are you waiting for? 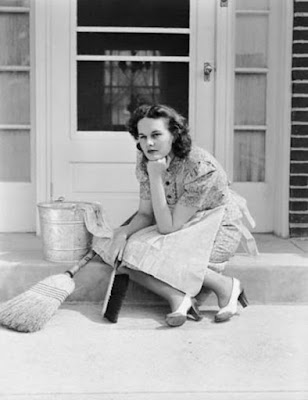 I wish I had started the process last Fall when my insurance would cover an eye doctor, new glasses, and the retinal specialist exam.  There were so many things going on and it took time to find a new doctor since mine had moved from town.  There are not all that many that my insurance will cover.  So I... waited.  It wasn't urgent.

By the time I finally had an exam by the new eye doctor and then saw my retinal specialist, test photos showed a lot of swelling in the back of both eyes.  No wonder my vision hasn't been great, especially when reading.  So on Monday, the first of three procedures where medicine is injected into each eye was performed.  I will receive two more sets of injections, one in August and the other in September, then we wait three months and more tests will be taken to see if it worked.

I was shocked to find it had been four years since I had last seen the retinal specialist.  Of course, most of those years were due to lack of insurance coverage but still... how could it be four years?  Time goes so fast.

It got me thinking of other things we put off because "life happens".  So often it is just easier to continue with our days as they are rather than put anything new in the schedule equation, even if it is important.  We wait until what is important becomes what is urgent.

I have been revisiting the Procrastination List.  Most are little projects to be completed like updating iTunes on my husband's computer so he can use his Father's Day gift card.  I plan to have my medical doctor put me in contact with the podiatrist I saw years ago.  He had told me I should see him annually.  Since I have insurance, let's do it!

While all of this was going on, I was reading a couple "prepper blogs" where each blogger was saying the same thing... this world is still in a position where chaos could break out at any time.  If North Korea actually managed to send a bomb anywhere... it doesn't have to be in a  heavily populated area... people around the world would panic.

What if social unrest broke out in a city close to you?  With no warning? I don't live all that far away from Chicago and we all have read what a firebox it has become. Chicago is a beautiful city.  My daughter's design classes regularly scheduled trips there to see the architecture.  I have gazed upon the downtown area and the last time I was there, wondered what would happen if violence erupted inside the places tourists love to visit.

I personally felt the tension in Detroit when we lived in a suburb. Since my husband traveled continually, my son and I did not leave the house after dark.  We were accidentally out when the sun was setting one evening and we ran home to safety.  We had been warned that it was pretty safe where we lived in the daytime but... do not go out walking alone after dark.

Then the unthinkable happened.  One morning, my husband left to take a flight to the East Coast so my son and I followed our "when Dad leaves" ritual of walking to a nearby diner and having breakfast there.  They have a television where everyone can view the morning news and that was where we saw it.  The first plane.  The second plane.  The day was September 11, 2001.  The day the world changed.

In making a threat assessment, it was felt that Detroit had a high risk of terrorist attack for various reasons so citizens were asked to stay at home if they didn't have to go anywhere.  Thankfully, we not only had our usual pantry food put back but knowing the car would be parked at the airport for nearly a week, I had stocked up on everyday essentials.

Have you begun an emergency pantry?  Is that an area of procrastination? I totally understand the whole extra cost stopping you.  It slows me down.  My pantry is not very deep at all these past few years.  However, it is a priority and I usually use extra funds coming in to restock essentials.  It was a lifesaver during two long term unemployment seasons.

Both of those layoffs came out of the blue.  It helped on 9/11 when everyone else was standing in long lines at grocery stores, not knowing if Detroit would be a terrorist target.  We looked out the window as military helicopters continuously flew overhead.  We were only miles (as the crow flies) from the entrance into Canada.  Extra security.  It was really happening. We could stay inside.

Even the calmest of experts tell us it is not a question of if but when there will be another terrorist attack.  It doesn't have to be near you to empty grocery stores.  Actually, you can bet on that happening if you live in hurricane areas or... like me... where we have winter storm warnings.  But at least those come with a warning.  What if... there once again is no warning?

I hope as you decide to stop putting off important things and adding them to your more immediate To Do list, you will begin an emergency pantry or add to it each week.  You'd be amazed what a little at a time will produce.  If you add emergency lighting and perhaps a way to heat up food and water (such as an outside grill), everything helps.

Whatever you can do to prepare for the unexpected, it helps you not to be dependent on outside help and perhaps it will allow you to be in a position to help others.  I understand we can't prepare for everything.  We do not have a fireplace should we lose power in the winter (although we are melting in heat and humidity today).  However, we have extra blankets.

In the meantime, my eyesight does seem a little clearer and I'm praying the next two injections help even more.  I just wish I hadn't procrastinated until it became urgent.

NOTE:  If you notice more typos here and there, it is because my vision is just a little blurry.  Especially when reading on the computer. So some typos have not been caught in the past few months.  Such is life.
Posted by Brenda@CoffeeTeaBooks at 11:59 AM

Do you mind sharing the prepper bloggers you read?

Dear Brenda Do you have an outdoor grill? Do you have a link or picture of a grill you would buy? I am wondering why your Amazon widget shows only 2 books. I looked through your list on a regular basis to see what I would like to purchase. I hope your vision keeps improving.

This is really good advice! I do put things off, but thankfully due to your posts, I don't put off stocking up. Every bit helps.

Thanks, a good reminder to prepare or continue to prepare. I have been distracted the past few weeks, but I need to take inventory again and see what I need for my pantry. I just bought a book, '100 Day Pantry' by Jan Jackson. It looks simple but through. Like the author says, we know what foods/dishes we like, and we can stock up on ingredients, but can we actually put a meal together with the items we have in our pantry. She has great ideas like using the liquid that comes with the canned veggies to cook the meal, thus saving on precious drinking water. She also recommends trying some of the recipes before a disaster hits, so you can become familiar with making the dish and whether or not it's a keeper. (I've been procrastinating on putting the recipes into practice!)

I am so sorry about your eyes. I procrastinate because I am self-pay and that's the way it is. Affordable health insurance is out of the question...for now. Yes, I do find myself praying for the end, Maranatha style.

Hi Brenda.....would you share what prepper blogs you read? Thanks

I agree, it is always right to have a good sized pantry, just in case. The most important thing is water and I will buy a few more gallons of water this week, thanks for the reminder. I hope your eyesight treatments are a complete success.

Long time reader but my first time to comment. Great post today. Your comments made me think again of this topic, i have a few holes in my pantry, specifically drinking water, so will go tomorrow and buy more. Thank you! It is easy to get lazy when everything is quiet. ;(

Praying for you Brenda. I know I have not commented in awhile, but I still do read your blog. My MIL had to have the shots in her eyes also due to macular degeneration and it really did help slow the progress of the disease down for years. The trick the doctor said was catching it in time so that the shots could work.

One of my sons lives in the WA, DC area and he is stationed at Andrews AFB. I have also urged him to be prepared for any and everything. I know if something horrible happened, he would be on base full time instead of living out in the suburbs, but still. We love out here in a small farming community and I keep a very deep pantry food wise, but I need to rebuild up my TP stock and such. I try to stay ahead on all the supplements that I have to take with my Chronic Fatigue Syndrome and Fibromyalgia because without them, I do not function well at all. I also need to call my doctor's office and ask if they next month, when my prescription is renewed if we can go back to the 3 months worth at a time instead of the month to month. It makes my life a whole lot easier since I have to go to another town to fill my prescriptions.

A good reminder for me to do inventory and assess what I need to focus on! Hoping the medicine works and your vision gets better soon!