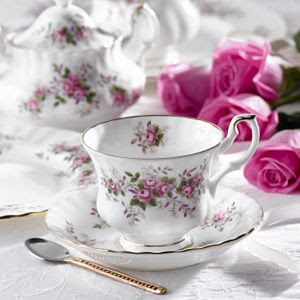 A couple months ago, the phrase Living Life on Purpose began to float to the top of my thinking. The phrase first started coming to me when we were living in the Detroit area.  I kept thinking of it and it seemed everywhere I turned in my reading, someone was writing about the same topic.  Isn't that often the way it is when God is trying to get our attention?

Surprisingly, Detroit was an oasis in a desert which covered a few years of intense trials.  I didn't want to move there, once saying it was the last place on earth I would want to live!  God must have chuckled at that one.  We went there to follow my husband's job after a season of unemployment... and unbeknownst to me... before a span of time which would bring the greatest trials I have faced.

My husband traveled part of every week and our one car was usually parked at the Detroit airport, which is actually between the City and Ann Arbor.  It's odd how I would look back on that time with fondness for almost everything we needed was within a mile's walk of where we lived.  Christopher and I would walk to the nearby diner for breakfast once a week and to different restaurants for lunch once or twice a week.

A drug store was on the corner and a family owned shop selling vegetables, meat, and milk was next to it.  Even the specialist who diagnosed me as Type 1 diabetic was within walking distance.  We tried rarely to be out past dark, for that is when it was indeed dangerous.  There was a reason there was bullet proof glass at the ATM, gas stations, and even some of the fast food places.  The racial boundaries were clear, especially as one came closer to 8 Mile Road, and the tensions were... and continue to be... on high alert.

When my husband was home, we would often go out as a family, visit the zoo, stop by a bookstore, search for Beauty outside the sidewalks and asphalt of our more urban neighborhood. I can't say I wanted to live there the rest of my life for at heart I need trees and the occasional cornfield to be happy.  But it was more than fine for a couple of years, in the midst of a million people on my block alone... in the time of 9/11... He taught me a lot about being quiet and slowing down and focusing on what He was saying.

I came to understand why God was encouraging me to think about living life on purpose... to ponder carefully what I was doing and why, reading His Word and listening for that Still Small Voice.  My life was in the midst of serious changes and He wanted to make certain I could follow His direction and depend on His character in the midst of the hurricane force winds of adversity.

Much of what I learned in those years became the basis of the writing I did in the beginning of this blog.  The Year at the Pond followed the time in Detroit.  That was the year of trials so intense, I felt completely unteathered from life as I'd ever known it.  It was the between year when all I could cling to was His Word and Character.  It was the year I had to remind myself to breath.

So I was a little unsettled when... after years of giving me a Word for the Year... He once again gave me this phrase.  Although tweaked a bit from the original, the meaning is still very clear.  God willing and the creek don't rise, in the weeks to come we will unfold the meaning together of what the phrase means in 2017.

I have some ideas already, which will make their way from pen keyboard to paper screen beginning next week.  This will require more thinking and praying and outlining and draft writing than I have done the past few years for Sunday Afternoon Tea.  But I think the times in which we live call for that.  For Aslan is on the move and we need to hear His roar.
Posted by Brenda@CoffeeTeaBooks at 10:35 AM

That phrase has been key for me lately. I am transitioning from from a mom of many at home to a mom who will only have the youngest (of 8) home next year. Empty nest is looming and it is a bit unsettling as my purpose to this point has been mom. So I am seeking how my new purpose will be played out. All I know is I want my life to have meaning and purpose.

I've not had one word for the last several years, but the leading to be intentional in my life.

Looking forward to reading your thoughts!

I'll follow with interest! Yes, Aslan IS on the move...

I have been following your blog for quite a while but have never commented. I love your posts, and your blog has been an encouragement to me over the years as I raised my family. Today I decided to post because the Lord gave me that very same phrase this year and I am excited about living this out in my life. Looking forward to reading your posts on the topic...

We have been studing Phillpians in ladies Bible Study- We were in Phil. 2 this time- pouring oneself out as a drink offering. Living life for others. This spoke to all of us. J-esus O-thers Y-ou fits right in to living life intentionally.

Ahhh...The Holy Spirit is giving you homework I see. I, too, will be interested in what you have to say. I believe that Aslan is on the move and I think that we who follow Him, need to be paying attention. I pray that we have been given this time so that there will be another move of His Spirit on this land before...

Oddly enough, I was linking to you about some other thoughts and so found this post. It's all interwoven in my own post for the morrow. Nowhere near as meaty as what you are discussing. My head no longer bends that way, if it ever did. =D

"God willing and the creek don't rise, in the weeks to come we will unfold the meaning together of what the phrase means in 2017."

You know, we need character development before good things, too. If we don't have that, the good things can topple us just like bad things. What if all this strength is for something good?

I wish you inner peace, good health and joy this new year.

And I absolutely adore Aslan. ♥

I am looking forward to your series of "life on purpose". All your Sunday afternoon ponderings are helpful and I'm sure these will be as well. May the coming year bring you and your family peace and blessings.