Living the Pantry Lifestyle - Cutting through the clutter 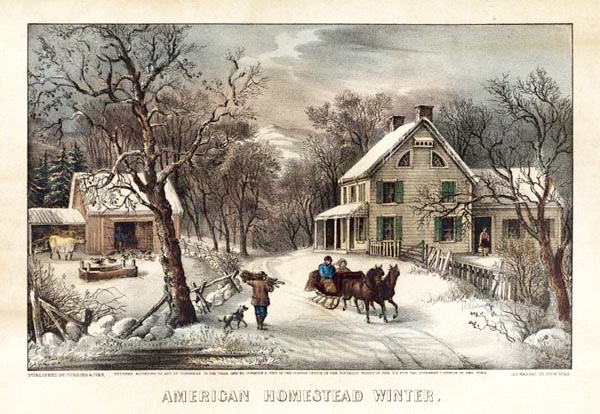 Sometimes I've found that projects I do without spending money actually saves it in the long run.  For instance, recently I was looking for something in the three dresser drawers in the Study that had not been organized. I had the energy at the moment and I still needed to see if the object I was looking for was in those drawers.  So I decided it was... time to organize.

These are drawers where I stuff everything from small out of season decorating items (which should go in the appropriate boxes in the garage) to those things I haven't decided if I'm going to keep.  Obviously if you looked in the drawers, there was a lot of indecision going on.

Just as I've had happen so often when decluttering, I found things that 1) I thought I'd lost and 2) I didn't remember I owned.  Including a vintage Christmas decoration that I had spent hours looking for over the Holiday season, going through every box to see if I had stored it in the wrong one and fearing I had lost it.  I had completely forgotten it had been placed in one of those drawers to glue back a piece that had broken off.

Now I'm happy to say that a few hours and two brown paper bags later, the excess has gone to charity and I can open up each of those drawers and see exactly what I have and what I might need.  One drawer still holds "extras" but only those items I know I will use (and repair!), another holds extra baking items as well as things like pretty cupcake liners, and the third is my gift drawer which is where I keep items for gift giving that I've found at great prices.

I had already organized the other three drawers of the dresser after reading one of Marie Kondo's books.  Two of those drawers hold my remaining table linens (more than I probably need but I sent to charity those I won't use) and a third drawer holds the craft supplies that aren't on shelves.

With this last minute project, the Study is now completely organized.  I know where everything is!  Well, except for what is in the closet and that will happen when 1) the kids move to a bigger house or 2) Jesus comes again and then it won't matter.

I have read that the more disorganized we are, the more unnecessary money we spend because of the very thing that happened to me.  I forgot what I had already.  Fortunately, none of these items were objects I needed to purchase but I can see how that holds true to what is in kitchen cabinets and pantry shelves.

Changing some things around brought about a project last week. I decided I needed to transfer from garage shelves quite a few glass jars that hold things like beans and dried fruit and keep them on the bottom shelf of the red bookcase in the kitchen (the one that had been in my husband's bedroom growing up).  That meant moving the wheat grinder and the cookbooks on that shelf needed to go.  For it had held the extra cookbooks that didn't fit the bookshelf where I kept them.  There was just no space to even wedge in one more cookbook in that bookshelf!

So it was either purchase and find room for another bookshelf or... cringe... get rid of some of the books.  Which is what I did.  Since I had already gone through cookbooks before, I knew what I wanted to hold on to so it was kind of easy (kind of) to get rid of the excess.  Most were fairly recent cookbooks I reviewed so they will go to the library the next time I am there.

It has taken a couple of years but I'm fairly certain everything in the house has had at least one decluttering and organizing project completed.  There are some that are ongoing such as the kitchen cabinets where I store canned goods and such... and the yellow antique "pantry" in the kitchen that holds everything from spices to baking supplies.  Usually one of them gets organized when something almost falls on my head.  We also will not mention the garage.

Now I can find things easily unless there is some lapse of sanity such as when I looked all over for my brown transferware gravy boat before Thanksgiving and couldn't find it.  Only to be dusting the hutch and realize it had been in front of me on the shelf all the time.  There are some things no amount of decluttering will help.

Bless your heart :)
I can imagine how good it feels to have accomplished that monumental task!

Oh dear, Brenda I do relate! One of the three wise men has been AWOL for several Advents now, this season I decided to go to the back of the attic in search of something. I opened a box which has been sealed for ages, filled with the kinds of kid-friendly decs that 24 and 28 year old children won't miss ;) and there at the bottom was the missing wise man!! I whooped in a way most unbecoming to 56 year old Nanas, but who cares!! Take care, and I hope that your new kitty is becoming acclimated :)

Have you ever considered selling some of your books on Half.com? I put books on there that I get to review and don't need/want to keep. It's a nice little trickle of money that goes into my PayPal account.

I agree with you about finding things we forgot we had!

Have a lovely weekend!

Your posts are a joy to read!

I did a complete house clean sweep last January/February, so this year it has been a much easier affair, for I have been better at returning items to their rightful place throughout the year.

But still, oh yes, I could totally relate about those last Christmas items at the end of the season going into a drawer to sort later (since the majority has already been packed away for another year. And then looking in all the right places the next season and not finding, eventually thinking I must have given it away and just don't remember Haha. Maybe we should look in those spare drawers first?

Thanks for a pleasant visit ... wishing you a beautiful week ahead.
Brenda L.

I always feel such a glow of satisfaction and peace when I've de-cluttered a drawer, a cabinet, or a closet. It is quite freeing to my soul to get rid of things that I know I not going to use (even if sometimes I find later that I could use something that has since been given to charity). Too much stuff and clutter make me uneasy. Congratulations on a job well done since you've just about reached every area of your home.

Oh how numb I feel when things like you describe in the final paragraph happen to me. I am currently looking for a wall hanging my daughter-in-law gave me, which would be PeRfEcT in the spot where I need something, While this has been going on, I lost my glasses, which makes life impossible. I found those an hour or so later, stuck in the neckline of the shirt I was wearing. How pitiful! One down; one to go. Any chance that your daughter-in-law would be interested in the extra cookbooks? Sometimes, I am too quick to get rid of something that one of my own would have liked. One last thing, I like how you grabbed the moment when you were feeling good to tackle the task. Must remember that!

Dear Brenda,
AMERICAN HOMESTEAD WINTER is lovely with the people in the horse-drawn sleigh, home and barn amid the white snow. Is it a Currier and Ives print?

My family now have a large book of Currier and Ives prints we enjoy which my Father bought many years ago to view and enjoy with our Mother and us, four children.

Thank you so much for all of your helpful Saturday pantry posts and your Sunday writings about God and His Love for us.