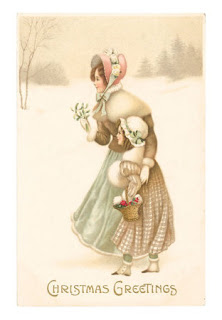 No, I still haven't made it to the kitty shelter but I'm hoping to soon.  Since the first part of December, our weather has been absolutely wretched.  Just walking out to the mailbox has been interesting.  I've found if I stay near the forest, the crunchy snow keeps one from slipping.

Today I awoke to a layer of freezing rain on snow and reports of cars being stuck on the Interstate overnight.  It is not fit for man nor beast out there.

So I'm doing what every Grammie knows to do in such weather, putting on the stockpot to make chicken soup.  I had a chicken defrosting already after seeing the long range weather forecast. Yesterday I made two loaves of my favorite orange cranberry bread again, one for the freezer and one for the kitchen (a breakfast carb treat).

I also recently made a new-to-me recipe to put in the freezer for last minute gifts.  I love these kinds of recipes that are easy to make and (most) people will love them.  I saw it online as one of those copycat recipes and it is delicious.

Mix all together (I actually whipped it in the stand mixer).

This would not only be good on dinner rolls or toast but wonderful as a topping for sweet potatoes.  Believe it or not, it is one of those high carb foods that are best for diabetics because the fat content is high enough it keeps the blood sugar from spiking.  Much better than just honey or brown sugar alone.

This made enough for two pint jars to put in the freezer for gifts and some left over for our use, probably on Christmas Eve.  However, I think it would make at least three and perhaps four gifts if placed in half pint jars.

It is hard to believe Christmas is a week away already.  My daughter-in-law messaged me last night, saying she had just realized it was so close.  Our Christmas Eve dinner is the one time I tell her not to bring anything, just to enjoy the meal and later their church service.  Although this year I did say they had to bring Piper.  I think that was the plan, anyway.  ;)

I have some good candy and cookie recipes for gift giving on the Recipe Blog (where I park them for when needed)... here and here.

I like to give some kind of emergency preparedness gift each year, too. My son has really appreciated getting a new flashlight or a camping lantern in the past. This year he is getting a light source which I read on a prepper blog that they use all the time.  It is here (an Associate's link).

It comes in a small box, just the perfect size for a stocking!  I plan to order a couple more for us soon with credit.  For which I thank you.  I read it is perfect for late night reading when you don't want to disturb anyone.  Just saying...
Posted by Brenda@CoffeeTeaBooks at 11:57 AM

It's been below freezing here and snow is gently falling, but hasn't covered the ground, yet. I was hoping for a white Christms, but it looks like it will be warming up next week and turn to rain. Oh well....I'm sorry you're having such "wretched" weather! I have to tell you a cute little story....my hubby gave out Starbucks gift cards last year to our garbage man and mailman, but the mailman told him he didn't like Starbucks. So, my hubby asked what he would prefer, instead. He said chocolate chip cookies! So, this year, my hubby made Your chocolate chip cookie recipe (it makes a Lot!) and gave him a plastic container full! I thought it was So Cute that he wanted to do that himself! They are delicious, BTW! We kept some for ourselves, of course! 😊
Wishing you Blessings and lots of Piper snuggles!
Laura C. (WA)

I love that kind of butter and just realized that if I sub my sweetener in powdered form I use this! Yum!

The weather has been bitter here, downright frigid. Overnight we got a dusting of snow and hours of sleet/freezing rain. I'm glad I am not out in it! Tim drove Rachel to work so she didn't have to drive these slick roads!

I bought Tim another camping lantern this year (his birthday is Christmas Eve, so I make sure to buy a bit more for him) and I bought him a new headlamp. He uses his to go out to feed animals, and of course in the winter it is dark early. The headlamp allows him to see, but also leaves his hands free to scoop grain and toss hay!

I'm happy you have a nearby grandbaby.

Hmmmmmm. There is a good sale on butter right now. I may have to try that butter recipe. Very slippery and cold here, too. Best to stay in. One jigsaw puzzle completed; the second already has border assembled. Ham loaf in oven. Scalloped potatoes in crock pot.

My son has that "lamp" because he walks late at night and he really loves it! This is a great time to buy butter as I'm sure you know....We just had a twelfth birthday party for my oldest grandchild, Nathan, today, and I thought how cheering it is to gather together in these gloomy days when sun sets so early. I saw some people I had not seen in years and some are doing so much better than they were last time we met. My mind is going off on a tangent in which there could be a sort of pantry of memories which would help when times are difficult....A new kitty will come to you "in the fullness of time" I am absolutely certain....

Sounds as if we are all in a weather stew. It'll be freezing rain here tomorrow after all day of snow today. I am going to sleep well tonight. I may have to thaw my chicken soup. I still make some of your candy recipes for Christmas. They've become family favorites.

Thank you for sharing the recipe for the butter. I have been wanting to replicate it at home because it is a favorite of my hubby's! I'm going to surprise him with it for Christmas. :)