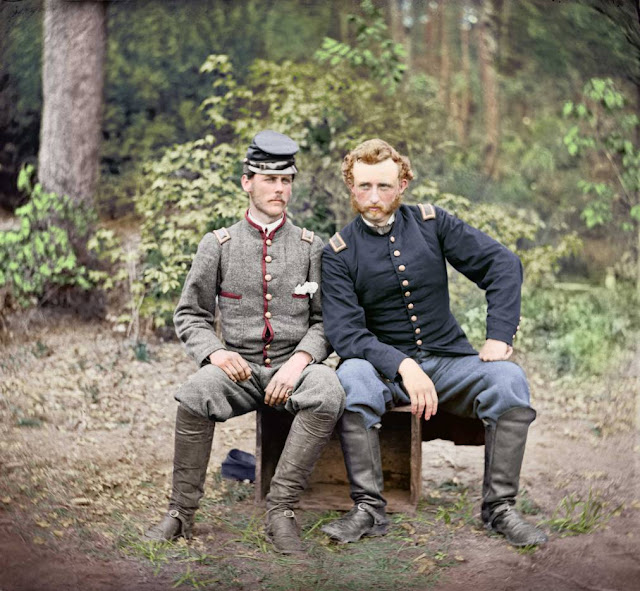 Today's ponderings are different than the usual Sunday Tea chat.  They were inspired by an Instagram chat with a person I admire, whose writings are poetry even when they are in the form of prose.  She leans a little toward the left and I lean more toward the right when it comes to politics... but we are both grandmothers who care deeply about what is happening in our country.

I wrote in that discussion that I wasn't comfortable discussing actual political issues on Coffee Tea Books & Me as from the beginning I wanted it to be a place of safety, a respite in this stormy world in which we live.  However, that conversation sparked thoughts which I admit have been on my mind and hopefully have found their way to the keyboard.

I have prayed often about this post, asking God to give me grace filled words to write about... grace.

I have seen division in the Church before but usually having to do with doctrine... having accepted Christ in a friend's Wesleyan church, spent my early years and cutting my theological teeth in an exceptional Presbyterian church, and later attending an  Assembly of God church.  But never as I have this year. There is a civil war and it has reached the Church.

Francis Schaeffer wrote a book long ago called The Mark of the Christian.  It is a short book with a vital message that is two fold.  First, the "mark" of the Christian is a love for those inside and outside of the Church.  Second, that the world has a right to judge the Church when we do not show that same love to teach other.

He has written in various works that one of the regrets he took into his older years were the arguments that broke out between the very liberal European Christians and the more conservative Christians (which he was one).

At the time, he felt the arguments were important but as he looked back he realized they did more to hurt the cause of Christ than to change fellow Christian's minds about the subjects at hand.  For they distracted from the message of Christ, the Savior and Redeemer.

People leave comments from their keyboard which they would never ever say to a person face to face!

Where has this hatred towards the ideas and opinions expressed by those different from us come from?  I am fairly certain that the seeds of dissension were planted by the media, TV shows, and movies over the past decades.  We are now seeing the ugly fruit in full bitter taste.

We have let the media (and whatever you think, you have to admit the greatest percentage do not like conservatives in general and conservative Christians especially) redefine who we are down to the very words we use.

We want to save babies but we love the mommies and pray for them.  What led them to this difficult decision?  Our hearts break for them.  We believe the Word does not adhere to homosexuality but we love the person.  God loves the homosexual as well as the straight man or woman who has fallen away from Him.

We believe in a strong military because we are aware the world is a dangerous place.  War is not good but neither is being overtaken by the enemy.  It is said that the next World War will be the last war... ever... and mothers and fathers and grandparents and aunts and uncles all over the world pray for peace but know it can happen only with the return of the Prince of Peace.

I know the Church is far from perfect.  I mean... way far from perfect.  We have a stretch to go before we reach pretty good.  The enemy of our souls loves to work in churches to divide God's people.  Some of the rudest and unloving people I have met have been in the Church.  However, there are lots and lots of good, warm, loving, kind, generous people in the Kingdom!

We need to become like Him.  He walked in love but He also walked in Holiness.  He forgave the adulteress but told her not to sin again.  He loved the sinner, hated the sin, and really really did not like the proud and those who thought themselves better than everyone else.  For He who created us knows the very dark heart of man and that is why He came in the first place.

To redeem us back to His Father.

So what about politics?  Well, if the people aren't very likeable then look at the platform.  The most important part of both party's national convention is the writing of the platform and the voting on that platform.  It is what the largest percentage of the people agree to, what the candidate puts his or her approval on, and gives a good idea of where the next four years would go.

I believe voting is the responsibility of every person of age that lives in a Democratic Republic.   Our form of government was called the Great Experiment... the first of its' kind... ever.  What?  The people voting for who will lead them instead of a King or a Dictator?  What a joke, it will never last!

I truly understand our choices this year are not the best... but I also believe God is teaching us a lesson.  We are to depend on Him and not a man or a woman.  We've been called to pray for our country and that is the most important thing we can do.  Whichever side of the aisle we choose to vote for.

This is America.  The land of freedom.  We still have the Constitution and all those Amendments that were added to make it even better.   One of those is the right to the freedom of speech.  Americans are by nature opinionated people.  So let us listen gracefully and then speak gracefully even when we do not agree.

It is the time to pray for a revival in the land.  For a Third Great Awakening... it was that First Great Awakening that influenced the American Revolution, you know.  As Christians, we can agree to pray for God to intervene in this country and to give wisdom to all elected officials.

So how about this... let's make a decision to stay away from rude, vile comments for the rest of the election (and may it be over soon, Lord).  Let's agree to disagree.  Let's continue to support our chosen candidate and our chosen party.  It is still America so we can put up yard signs, and have bumper stickers, and hand out brochures, and call in on talk radio, and use any platform we have to share our opinion and our causes.

But when we talk to each other online, let's just pretend that person is sitting in our living room taking Sunday tea with us... or perhaps sitting around the table for Sunday dinner... and not say anything on line we would not say if we were showing hospitality here at home.

Thank you for reminding people that cooler heads should prevail even in a democracy . Also I went to church this morning and took a crescent casserole and one lady said Oh I thought you would bring something calorie laden when I'm on a diet . All I could do was apologize and I got to thinking , wait I'm in church . why oh why Lord ? Oh well I just said sorry and walked off . I prayed about it when I got home and took a breather and sat down and just rested .Thank you for a great post .

Thank-you for your wise words, Brenda! And for your bravery in posting this! I totally agree that we need to pray for revival in the land! A Third Great Awakening! For He is our only Hope! Praying for the elections! "If My people, who are called by My name, will humble themselves and pray and seek My face and turn from their wicked ways, then will I hear from heaven and will forgive their sin and will heal their land." ~ 2 Chronicles 7:14.
God Bless you! Hugs!
Laura C. (WA)

Such wisdom in your words today. Wish everyone in the nation could read this post. I'm thinking this election is going to draw a line that determines the future of this nation. We truly need to pray for this country that the hearts of people will be turned to God. We need His mercy, His grace, His holiness, His love. Thank you for your words today. Blessings, Sharon D.

That's an "amen." Not always easy because the stakes are very high. I have such troubles with Christians who are leaning left. Yikes. They seem to be all about a social gospel. And, yes, dear Brenda, I would say that to their faces. That said, I have come to the conclusion that there is one giant party or uniparty, if you will, comprised of both Democrats and Republicans and both sides are complicit in this corrupt government. My, you are a brave one. Never expected to find political commentary here.

This is a good word, Brenda!

Nicely said! I agree 100% and I'm in. Praying for America and God's mercy on us, praying for the candidates, praying for a spiritual awakening for God's glory. Thank you for writing this. Pam (SD)

It's difficult to see how Christians can bring both truth and love together in these days. But we are trying, in our house.

43 “You have heard that it was said, ‘Love your neighbor[a] and hate your enemy.’ 44 But I tell you, love your enemies and pray for those who persecute you, 45 that you may be children of your Father in heaven. He causes his sun to rise on the evil and the good, and sends rain on the righteous and the unrighteous. 46 If you love those who love you, what reward will you get? Are not even the tax collectors doing that? 47 And if you greet only your own people, what are you doing more than others? Do not even pagans do that? 48 Be perfect, therefore, as your heavenly Father is perfect.

Thank you so Brenda.... this was indeed a grace filled...wisdom filled post. Blesssings, Amy from Ky <3

This election season has been so difficult. There is much at stake, so I can understand the concern. But you are right; we need to be kind and civil. And pray. And I agree about voting for the platform if you can't quite get behind the person.