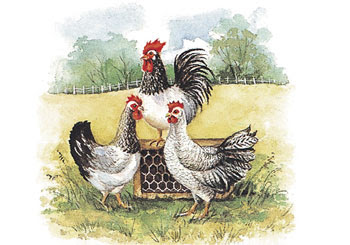 Thank you again for the kind comments and prayers, especially after I missed writing last Saturday.  Long time readers knew something was wrong.  Thankfully, it was just a flare up of symptoms more intense than usual so they left me sofa bound for a week.

Type 1 (Juvenile) diabetes is an autoimmune disease which brings on Hashimoto's disease as well.  Both affecting one's energy... and as I have lived with both quite a long time... the symptoms have worsened.  But I'm feeling a little better now, enough to get the basics of life accomplished.

Each time this happens, it reminds me all over again of how my pantry has had to be tweaked over the years due to illness.  I almost subtitled this "With a Chronic Illness" but then I recalled seasons of life when very low energy was not caused by illness but by periods of a very busy work load, lack of sleep, and for many... just growing older even if one is in good health.

Things are just harder to do when you don't feel well.  When my kids were still at home, I kept a Rubbermaid style container with a label taped on it saying "Cold and Flu".  It contained cans of chicken noodle soup (for I had read that the high salt content was particularly good for flu sufferers), crackers, tissues, cold medicine, cough drops, and other food items preferred when one is ill.

Since such illnesses usually came on suddenly, I was always glad to have them ready and in one place.  Whether it was for family members or myself, canned soup seemed to taste delicious when one is ill even though whole chickens are a priority for the freezer to make homemade chicken noodle soup most of the time.

I've had to make changes to everyday living as the years with an autoimmune disease have progressed.  My garden is set up to make planting and harvesting easier and we usually get enough veggies to help the budget, even though it must remain small.  This year I planted all bush beans for the first time and now I know why my garden expert friend said I should space their planting out... to also space the harvesting out.  There is always something new to learn.

My pantry has had to change, too.  Fifteen years ago I did all the cooking so I bought just about everything for the pantry.  Most of my pantry at that time was made up of basic ingredients for my cooking with a few additional easy to make items here and there.

These days, my husband makes all of his own breakfasts and part of his own lunch meals.  His has to be as organic as we can afford.  I can no longer spend hours in the kitchen as I once loved to do so my pantry reflects easier meals to put together.  Which is why I am so happy the hot weather season is soon to be behind us and cooler days return for the making of slow cooked soup, stews, and oven meals.

I have more spices than I once did to reflect changing tastes and to make simpler meals even tastier.  I've been known to throw a pinch of red pepper flakes in certain casseroles without my husband realizing there was a little spice added.  When I discovered sumac it was a very good day, the lemony spice used often in Middle East cooking (although I recently found out the same red berries were dried and used for spice in Appalachia... not the poison berries obviously).

My recipe card file reflects the change in health as the more complicated recipes are not made as often and when they are, I make the meals that are "do ahead" so the dishes can be washed and put away before a guest arrives.  I can still show hospitality but at a different speed.

Just this week, Christopher came to dinner when his wife was out of town to visit her parents.  I made one of his favorite cheesy casseroles, fixing the ingredients ahead of time while watching a Finding Bigfoot marathon.  The kitchen was clean and the casserole in the oven when he arrived.  Rather than clear the dining table and set it with pretty dishes as I love to do, we ate in the family room while the guys discussed sports.  It worked fine.

Hmmm... is it odd that my grandchildren think of their Grammie whenever anything about Bigfoot is around.  I'm certain it cannot be strange that I would get so excited that a Finding Bigfoot marathon was on that I didn't know about.  But I digress...

My Emergency Pantry has changed through the years, too.  I always have the basics like rice but now I use converted rice instead of brown rice since I can't use it as often and brown rice spoils quickly (my freezer doesn't have enough space for a lot of brown rice).  Thanks to a friend, I have a container of dried eggs for an emergency and I've used Amazon credit for dried milk.

I have some wheat to grind but I do so far less than I once did since I don't bake bread as often.  So I don't buy the large bags of wheat that were once essential.  I've always had canned fruit and veggies but they are even more important now to make quick meals.  Canned beans have become more important for last minute meals.

The biggest change is the purchase of some freeze dried meal pouches for the grab and go bag that can also be used to grab and stay.  I have used Amazon credit to purchase some and I know that during an extreme emergency, we could eat by just adding boiling water.  So they are worth spending the money (in this case credit) to have these options.

Viewing the floods and fires on the news recently, it is once again a reminder that having a grab and go bag is very important.  Something prepared and where you know to find it without thinking... and practicing to grab and go!

When our house was hit by lightening, I called 911 and grabbed Victoria.  I didn't think about the important papers even though I had them in a container ready to go. I didn't think about our food or kitty food or anything but getting out of that house.  But those ponderings are for a future Saturday post.

Sorry for the rambling but my computer time is limited today so what you are getting are my thoughts on the subject rather than very much that is specific.  I'll be back with some more specifics at another time.

Remember, don't ever think it is too late to put back even a little at a time.  Whatever you can do to prepare for an emergency is better than nothing.  A good pantry with some food, water, and necessary supplies keeps you from being a victim.  A pantry will save you a lot of money and time as you learn to purchase items on sale or at a great price and shop the pantry when an item is needed.

Image:  Three Hens with Coop
Posted by Brenda@CoffeeTeaBooks at 4:33 PM

Sorry you were feeling poorly!

I am very glad you have your pantry perfect for you two - and I agree we need to have some things set aside for emergencies. My husband is ready for Amageddon, I swear - my basement is embarassing lol.

May you be blessed with peace, love, happiness and good health.

Sweet friend, I'm glad your feeling a bit better! I've been thinking a lot about grab and go bags in light of the flooding and the fires. Being prepared is not all about terror/riots etc, but it's about being ready.

Thanks for these posts!

Glad that you are feeling better after the recent time on the sofa.

Oh I do love cheesy casseroles and could enjoy that kind of meal anywhere!

I appreciated this post since I tend to be in the trenches with you regarding limited strength at times. I had a grands birthday party today so I started working on one recipe earlier in the week and froze those items. Yesterday I did another step and then finished it today. This is working well for me!

Hope you feel better each and every day!

"Hmmm... is it odd that my grandchildren think of their Grammie whenever anything about Bigfoot is around."

Hhahahha!! I think this is probably the coolest Grandma thing I have ever heard. ;-)

So much truth in being prepared! My husband is from Denham Springs, Louisiana. His immediate family was spared from flooding, thank God. His brother is pastor of a church, they didn't flood, so they stepped up to help the community. When I talked to him he said "we are desperate for bread". Never thought I'd hear those words in this country! My husband took a van load of food and toiletries. I am going to work harder at being prepared. We just never know.