Sunday Afternoon Tea - When You Put God in a Box 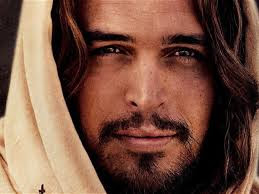 For the sake of privacy, I will call his name Jim.  "Jim" has been one of my husband's best friends since they were engineers together in the 1980s.  Many a lunchtime was spent debating theological points of interest with Jim and a group of other Christian engineers.

The most common subject of debate was the return of Christ and what it would look like.  Hubby at the time tended to be definitely pretrib and the other men were just as adamant that Christians had to to go through every horrific event of the Tribulation.  They had it all figured out, especially "Jim".

A few months ago, my husband began mentioning that he was concerned his friend had gone down some theological rabbit trail for he was talking about living according to the Law of Moses.  Little by little he came to find out the truth of what was going on... our friend had rejected Christ.  He was involved in some odd offset of Judaism.  We have both Jewish and Messianic Jewish friends and none of their beliefs were like this.

So what happened to him?  Well, he no longer believed Jesus was the Messiah because the End of Days had not occurred exactly as he had them all figured out.

Now, I have had to tweak my views of Eschatology through the years.  Most of us who came out of the Jesus Movement first heard about the second coming of Christ through Hal Lindsey's books and yes... the events didn't turn out in the way and the time he expected.  We see through a glass darkly says the Bible and he wrote given what the glass was showing at the time.

I get annoyed when I hear people speak against Lindsey because he didn't have every jot and tittle correct in the 1960s and 1970s.  In many of the biographies about well known Christians who came out of that era that I have heard and read, there are three authors whose names most often come up in which their books led the person to Christ.  They are C. S. Lewis, Francis Schaeffer, and Hal Lindsey.  It has been estimated in the millions how many came to know the Lord through The Late Great Planet Earth alone.

The Word of God is unchangeable.  Most of it is written in stone.  Well, all of it is if you come to think about it but the light the Holy Spirit gives to us to understand some Scripture... especially the End of Days stuff... it doesn't shine clearly all at once.

That may be a hard Truth to swallow but it is Scriptural.  Daniel was told:  "But you, Daniel, roll up and seal the words of the scroll until the time of the end. Many will go here and there to increase knowledge."  (Daniel 12:4 NIV)  The part of his writing in which this statement occurs has to do with what will happen at the end of the Age.

How have my own beliefs changed through the years?  As time has gone on and events in the world have happened, it is like the focus of a lens has become clearer.  Oh, I get it now.  Not everything, of course.  There is still a lot I don't know and it may not become clear until I look back on the timeline from Eternity... if that sort of thing is allowed.  None of us in the 1970s knew what we know now.

We have to become careful that in our finite minds we think we have an infinite God figured out... for if He does not live up to our understanding of what He should do... we are tempted like our friend to believe the Bible (whether Old Testament or New Testament) is not True.

How arrogant of us when we think we have to understand the Infinite God or we cannot possibly follow Him.  But we've all known people who became mad at God and either left the faith or they still believe Jesus as Savior but not the Lord of their life.

Life happens and instead of running to Him for Peace... we stomp our feet and shake our hands at the heavens and yell at Him.  Some curse His name.  Others, like our friend, go on to say terrible things about their former Friend to others.  You are a fraud!  You are not real!  You can't be if life turned out like...

When we think we have life figured out then the unexplained leaves us floundering and angry and un-tethered.  When the person we were praying for dies.  When our child is taken.  When the job does not come through.  When we lose the house we worked so hard to purchase.  When the locusts consume the crop or the heavens bring no rain.

How about the people in West Virginia who are experiencing the 1,0000 year floods or the homeowners who watched their homes go up in flames in California?  How could God have allowed the terrorists to shoot bullets or the mentally ill young man walk into an elementary school and kill little children.

These are but a few of the questions we all wrestle with... and they can rob us of faith.  Is there an answer?  Well, yes and no.

I have experienced many life shattering trials and I still don't completely understand it all.  But I do get this... we are in the middle of a galactic war that makes any movie pale by comparison.  Our loving God is on one side and the fallen cherub formerly known as Lucifer is on the other... and he hates us because he hates God and we were created in God's image.

To understand it all even a little, you have to believe the Bible is true.   God created Adam and Eve and when they chose to disobey God... they turned over the Keys to the Kingdom (the title deed to the planet Earth and all who would live on it) to evil personified.

But God had a plan long before the world was formed.  A plan I find so amazing that it is beyond my comprehension.  I cannot understand why He would do it but before He created us, He already had a plan to redeem us.  A plan that meant the Creator would become one of the created.  To live a perfect life.  To die as a sacrificial lamb.  To legally take back the Keys of the Kingdom and that all important title deed to the planet.  To redeem us back to our Creator.

God came to die a mortal death.  No wonder some people can't believe it is true.

So what has helped me trust Him through the years?  Simply, I have learned to live with an Eternal perspective.  God doesn't promise us Heaven on Earth.  He says we will have many trials and that there will be suffering in this world but that He will bring us out of them.

I came to this perspective in my 20s due to a sermon I heard from an old time Pentecostal preacher.   He was huffing and puffing and his face turned red and he shouted and ran from one side of the pulpit to the other.  But what he preached changed my life.  I am not overstating that one bit... it was one of the most important Truths I have learned.

God made us for Eternity.  We are just passing through, sojourners and pilgrims in a foreign land. When we ask Christ to save us from our sins and redeem us back to a relationship with the Father, He could take us Home then but instead... He leaves us here to be a part of His glorious work.  To share His Story with others by telling them our story.

He never promises us in His Word that we will figure Him out... and I think the Word shows us over and over that the only way we get through this life He allows us is to trust.  Trust Him.  Trust His Word.  Trust His character.

I was reading a favorite section of Scripture last night, the Letters to the Churches in the Book of Revelation.  No, really.  I love that section of His Word.  For it is clear on what God likes and what He... does not.  It is also quite clear that we are called to be overcomers and if that be true, it is evident there is something to overcome... life.

I don't know about you but I would not want to worship a God that I can figure out.  I kinda' like the idea of God being Eternal Infinite Beyond Understanding... with a love for us that knows no boundaries.  We cannot put God in a box.

Talk to Him about your hurts and your anger and your disappointments.  He can take it. Let grief run its' course for we must grieve to heal.  Then brush yourself off, take a deep breath... and run the rest of the course He has for you.  Not alone.  Never alone.  That is why we can overcome.  He is beside us and in us and waiting at the finish line!
Image: Son of God, the movie
Posted by Brenda@CoffeeTeaBooks at 11:57 AM

Oh yes! We are made for eternity! This life is not all there is, and God has so much more for us!

“But concerning that day and hour no one knows, not even the angels of heaven, nor the Son, but the Father only."

When one has walked through truly hard places, there is such comfort in knowing this. There are days so full of pain, that the hope of His near return is a great gift. To know in advance how long one might have to endure might very well be intolerable.

On the other hand, what casual carelessness toward remaining faithful, might we fall into we knew that the time of His return was a way off.

How wise God is that He simply promises that He is preparing a place for us, that He will come for us, and that until then, He will not leave us.

Well said! Not quite the same vein, but our guest speaker Sunday spoke from Acts 17 (short story from verse 27) God did this so "that they should seek God in the hope that they might feel their way toward him and find him". This passage took on a new light for me as Dr. Bob Smith talked about the current movement of nations and immigrants, etc.

And may I add the movie Son of God was one I will never forget. A must see. Sarah

Love this post, Brenda. Our family is going through a very rough time, and this really ministered to me.