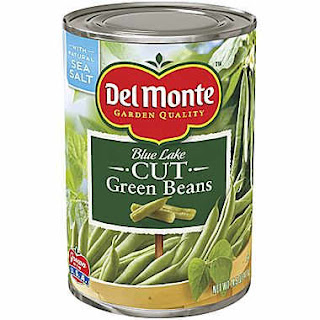 While the weather has been cool and mostly damp this week, I turned my attention to cleaning the shelves in the garage.

I mentioned already that I was working on the "craft supplies/seasonal decoration" shelves this spring.  I'm happy to say they are now organized with no craft supplies at all on them.  I didn't have many craft items left, anyway, since I'd either moved everything to the Study or passed on what I didn't use.

Four boxes of seasonal decorations and a few craft supplies were dropped off at Goodwill this week.  I usually give charity items to the thrift store that supports the homeless shelter but this time I had a box of jars and I know people shop at Goodwill for them.  They are mostly what our honey came in from the Farmer's Market (not Ball jars).

There is now only one shelf that contains seasonal non-Christmas decorations and that is the top shelf of the unit.  It holds my Autumnal silk flower arrangements and a couple Christmas arrangements.  That opened two big shelves to transfer small appliances, my big stock pot, and a Sterilite container (which I already owned) to contain extra plastic cups and paper plates... keeping them from tiny critters.

I was very pleased that the organizing then opened shelves for holding canned goods and such.  Without spending any money on new shelves, I had extra room!  Getting rid of things you were holding onto way too long is a good thing.  I don't decorate seasonally like I did in the past.

My pantry shelves that I go to all the time are next to the door which goes into our family room.  That makes it easy to get the extra bottle of oil or box of sea salt when I need them while cooking.  Next to those shelves are my extra cans of veggies, salmon, etc.  After decluttering my everyday pantry shelves, attention was turned to the extra canned goods.

I don't have a lot of extra cans of those things I use often, not nearly as much as I'd like to.  But I do have extra canned green beans and corn.  Hubby brought them home from food pantries when he used to go to them and I just didn't use them very often.  But my friend, Holly Deyo, says canned veggies are good for years and years so I figure even those with the 2013 date are still good.

I laughed at an article she wrote, when she said in a national emergency those seven year old green beans would be tasty.  My husband did call a couple manufacturers a few years ago, wondering just how long their canned products would be good.

All of them said they should be good far past the date on the cans, they do slowly deteriorate in nutrients over the years.  All of them said if a can is bulging or when you open the can it "explodes"... throw it out... and a warning was made not to taste the food but to smell it for freshness.

There are canned goods that I've read don't store well for long, mostly acidic foods such as tomatoes and other highly acidic food, tuna surprisingly doesn't store as long as people once thought.  I'll have to do some more research to find out why tuna doesn't store for a long time.

All that to say... I set the old canned veggies in a flat on top of the flat of more recent cans to use them up soon.  I rarely have very many extra canned tomatoes, pinto beans, kidney beans, etc. since I use them up making soups and chili.  The organizing helped me to see I had plenty of canned garbanzo beans so I'm thinking homemade hummus is in our future.

While I was checking dates on canned goods, I checked the packages of rice and was quite shocked to find small packages that were two years old of brown rice.  I don't use it often obviously.  They had to be thrown out since brown rice deteriorates long before that.

That's why I like using converted rice, it stores better and is suppose to be healthier than white rice (which diabetics are encouraged to carefully only in small amounts) and since there are only two of us for meals, I buy the frozen cooked brown rice when it goes on sale.

There are other items you need to constantly rotate, such as any food product that comes in an aseptic packaged box. Their shelf life is far less than canned items.  Hubby brought home some items packaged in aseptic boxes from food pantries (which are often donated near or past their use by date by grocery stores and manufacturers) and I often found the food in them suspicious when past their date.

Time goes by faster then we think so our pantry shelves need to be cleaned, checked, and rotated.  My pantry isn't very deep but it still took awhile.  But then again... I was working a little at a time.  I need to get better at keeping the shelves organized in the winter.  When it is really cold and I just want to grab a can of tomatoes and get back in the house.

Very soon it will be time to give all our attention to the garden.  That may be hard work but it is still better than cleaning shelves in the garage.  Not my favorite household chore!  Probably because it is the one area of house keeping I let go until it should have been done months before.  You'd think one would learn.

Now I know what I don't have enough of (for instance... canned tomatoes) and what I have more than enough of (green beans and corn).  So when I can budget to deepen the pantry, it is good to know what holes need to be filled!
Posted by Brenda@CoffeeTeaBooks at 3:39 PM

I'm sorting away here too. I'm off restrictions, so I can lift more than a gallon of milk. :)

I make my own laundry soap usually, but got an especially good deal on Meijer brand "Tide" free. I ran out of homemade soap just before surgery and so I turned to my pantry "Tide". Which apparently is still to caustic for me even though its "free of whatever". I had a coupon plus BOGO, no deal it turns out! I ended up sending it home with a couple of neighbor kids who have bigger households. It will go to good use....and the own neighbor already helped ME by moving in a new to me queen-sized bed. Moral to the story is to make sure you like the item before purchasing it on a killer sale.

Back to grating bars of Ivory for me!

So how long do dried beans last?

I do not even want to think about the garage. We do not store foodstuffs there, of course, but everything else is fair game. We used to get both the truck and the car parked inside. Now just the car and that is going to be a problem if I don't get cracking. Over the winter months, I finally cleaned the basement pantry. Never again will I store canned goods down there...much too humid by times and the canned items did not hold up. There was a whole lot of money tossed that day. I cringe to think about it.

I need to teach Kyle about rotating the canned goods. He usually is the one who takes those groceries downstairs to the pantry space.

I'm going through things bit by bit, I purged most of my fabric stash (I gave it to my friend who quilts), sorting through drawers and cupboards. It feels good.

Brenda, Thank you so very much for your helpful comment how canned goods last longer than the expiration date. (MD)