With everything budding and blossoming here, my outdoor work load has increased substantially.  Which is what happens when you work-rest-work-rest, etc.  But it is getting accomplished on the rare days we have no rain.

I included a YouTube link to my new very favorite song called Far Kingdom.  It is part of an album by The Gray Havens which Stephanie gifted me on iTunes.  Recently Victoria and I listened to it while I was working on my scrapbook journal and she was... helping.

So... here is my world this week in photos. 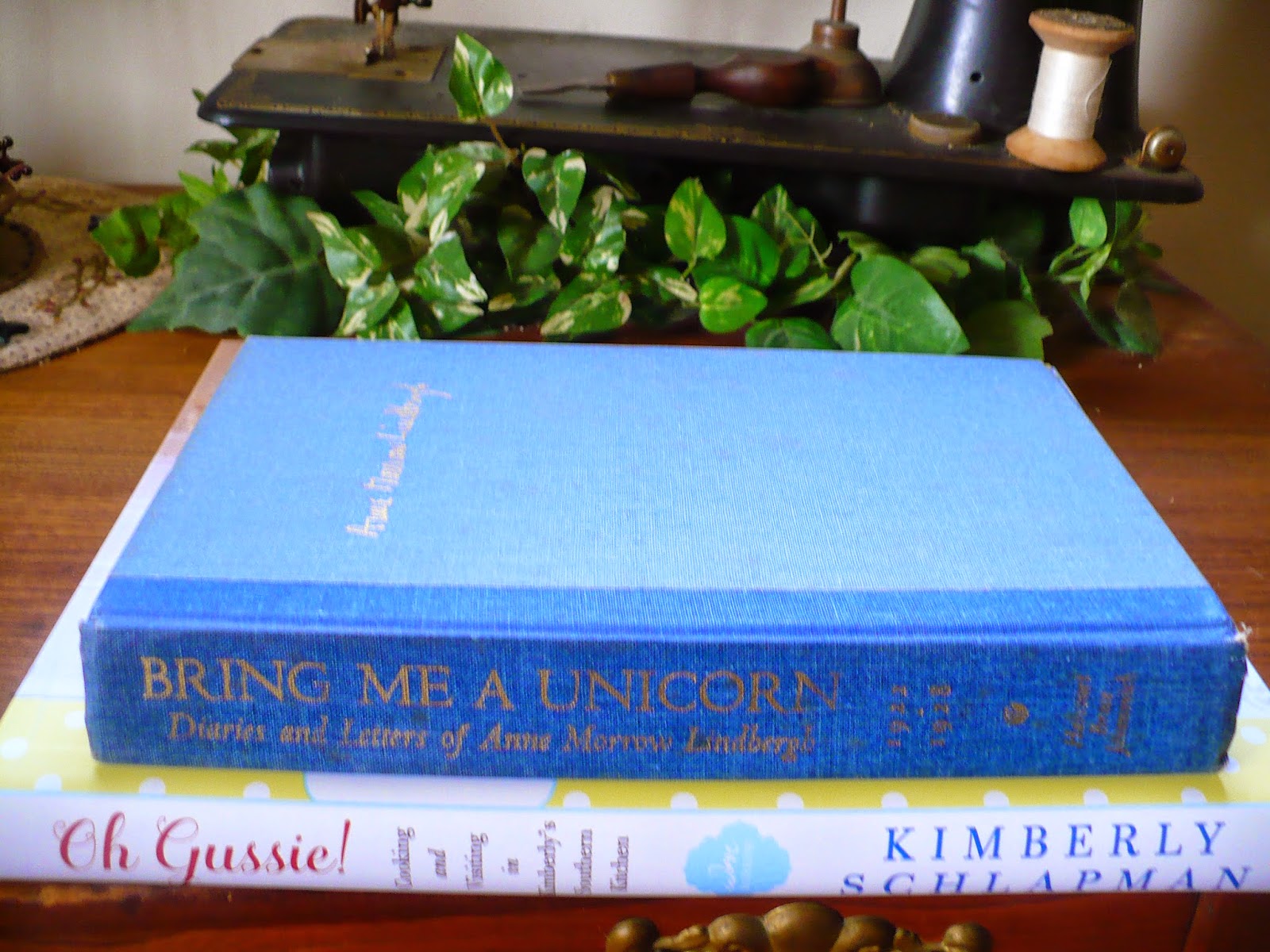 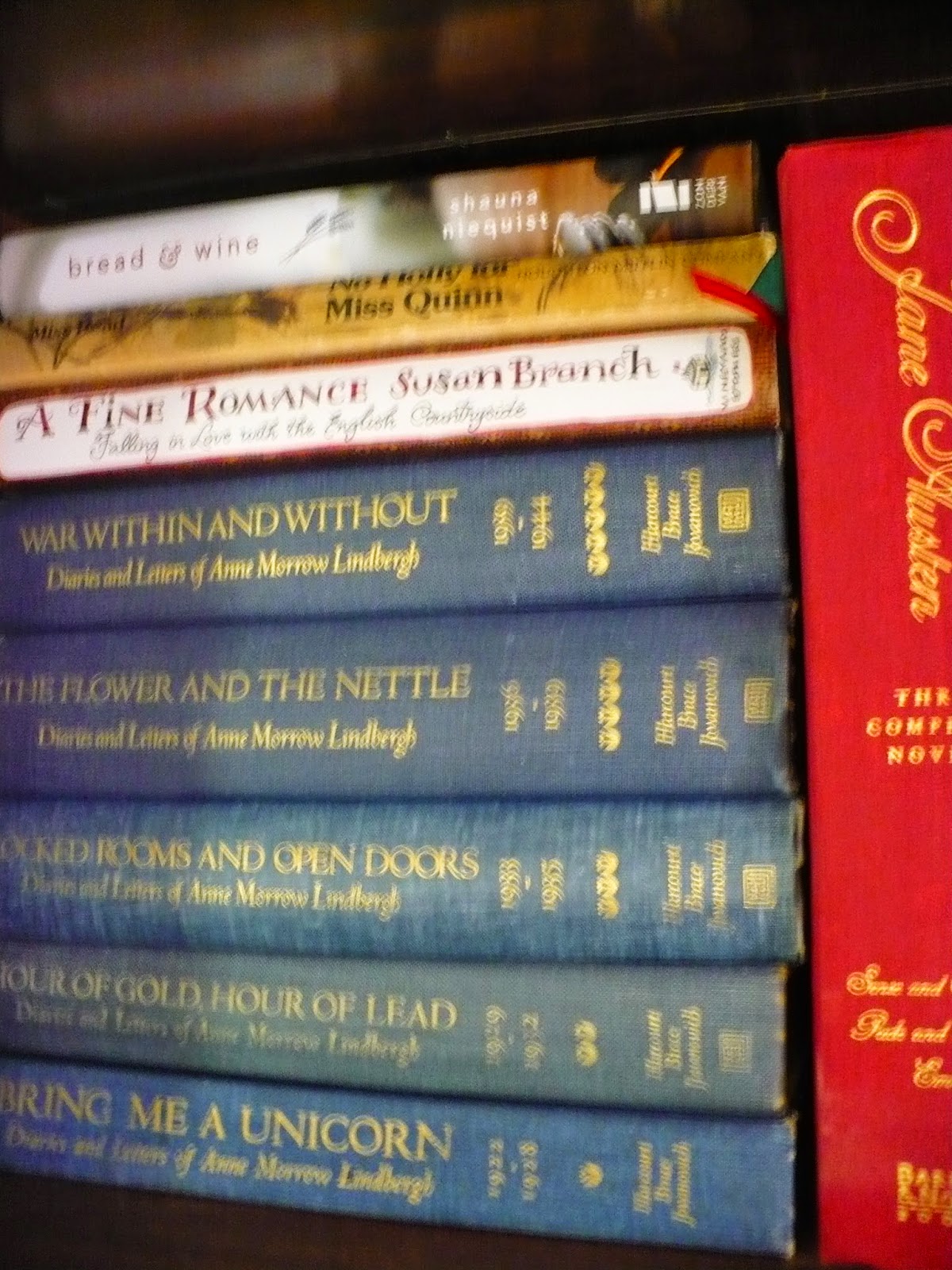 I decided to begin reading all the Anne Morrow Lindbergh diaries now rather than waiting until summer.  I read them and loved them in my late teens and twenties, then began collecting them at book sales until I had all of them (each was only a dollar).  The first diary is Bring Me a Unicorn, 1922 to 1928.

I love Oh, Gussie: Cooking and Visiting in Kimberly's Southern Kitchen.  It is a perfect combination of old fashioned Southern cooking with a modern touch (which usually means healthier). It is a fun read with the kind of food I grew up with, my mother being from Kentucky.

You may know Kimberly as part of the group Little Big Town or from her cooking show Kimberly's Simply Southern on the GAC Channel.  I'd say if you like Trisha Yearwood's cookbooks or The Pioneer Woman, you would like this.  Further info at Amazon... here.* 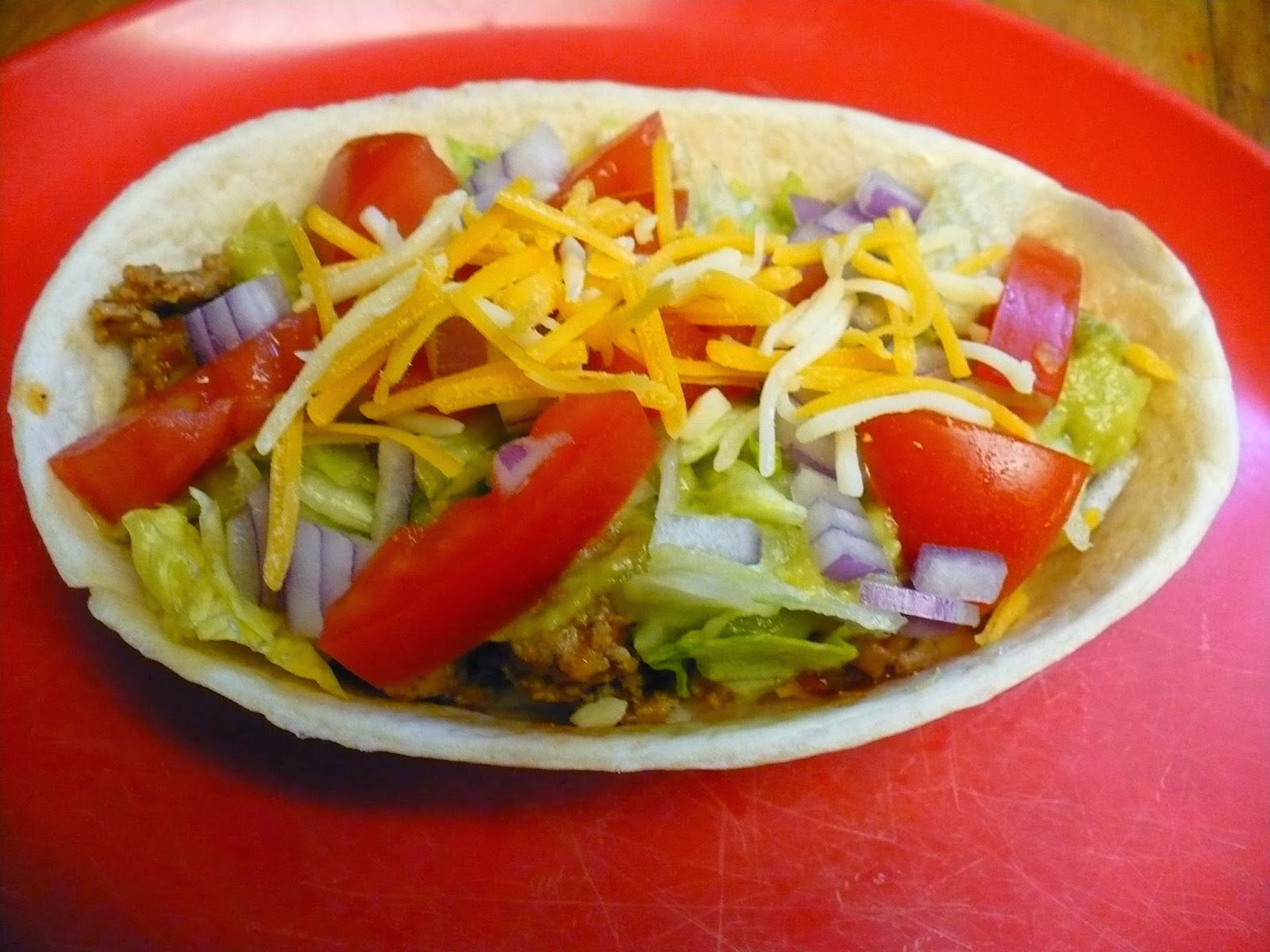 I'm shifting into warm weather cooking now and tacos are one of those dishes.  This one was made with the new "boat" soft shell that makes it quite handy to eat!

With the higher cost of ground beef, I've become really good at seasoning ground turkey.  This time with cumin seeds, a pinch of red pepper flakes, and chili powder quickly browned before adding the ground turkey to the skillet.  You have to hurry (as I learned in the process over time) because it goes from just right to burned in a second or two!

By the way, there is store bought guacamole on my taco as shown.  There are some things it doesn't pay for me to make from scratch because neither husband nor cat eats guacamole and Meijers has a killer recipe for it.  Now as for Christopher, when he was home we could finish off the container with corn chips before it reached the tacos!


Listening on the iPad
(I put this last so you can stop and enjoy!) 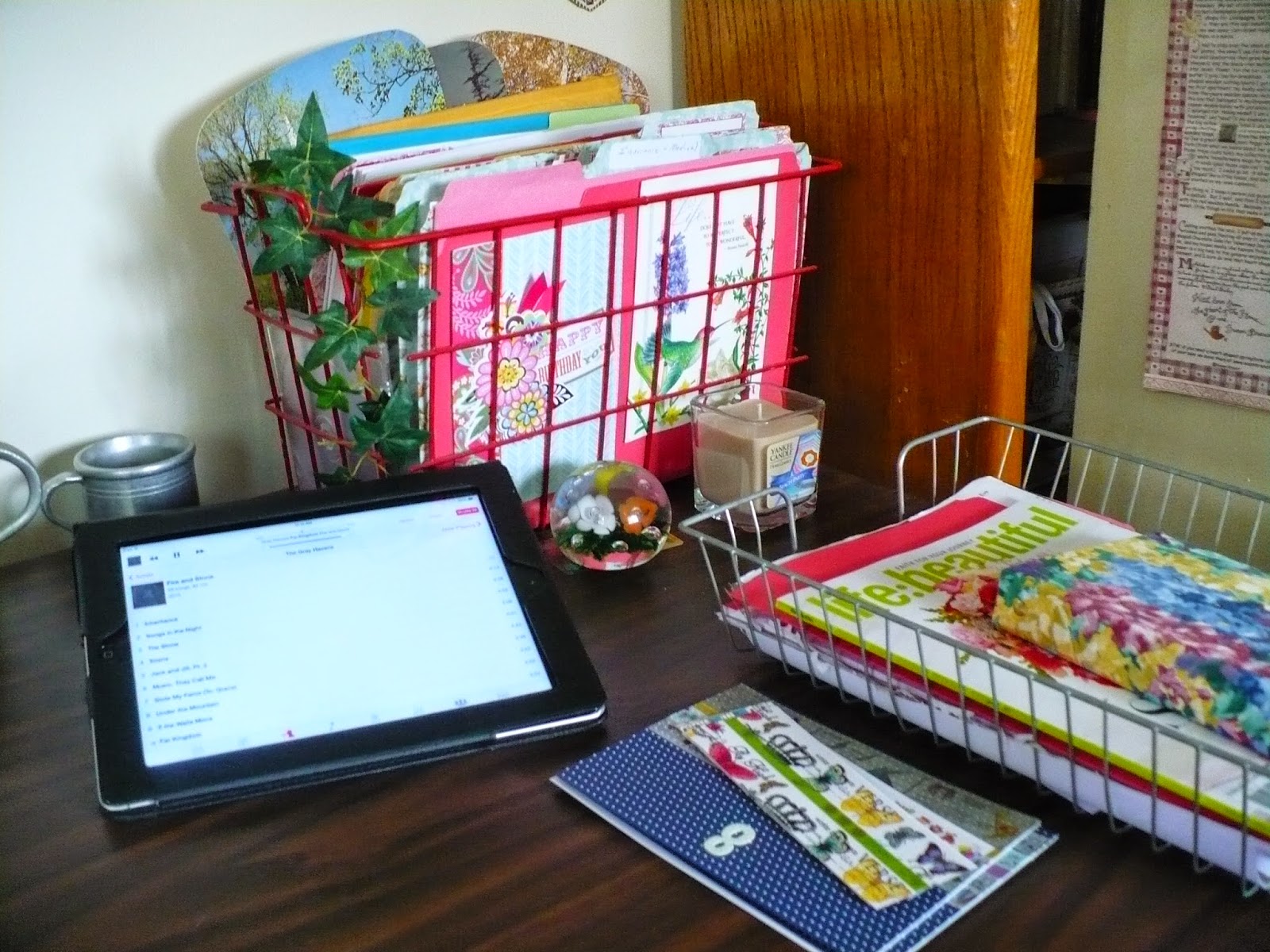 *All links to Amazon.com are Associate links.
Posted by Brenda@CoffeeTeaBooks at 12:32 PM

What a gorgeous dogwood tree! Our dogwood blossoms are already all gone here in East Texas. Tacos look delicious--makes me want some. Enjoyed the "book tour". I have a stack waiting for me. Blessings, Sharon D.

It's raining here today, so it was such a pleasure to read your blog post! Beautiful dogwood tree! I've read Ann Morrow Lindbergh's "Gift From the Sea" but not her diaries. Wonder if they can still be found? Your view through your kitchen window at dusk made me smile. The warmth and coziness of home.... Loved seeing your scrapbook journal pages! Thank-you for sharing! Think I'll scrapbook today since it's raining and the garden is being watered naturally.
Blessings,
Laura C. (WA)

I've never read any Anne Morrow Lindbergh. I love your cozy kitchen looking in from the outside.

Seeing your scrapbook journal, reminds me to get busy in mine.

Oh you have given us so much to pnder and listen to. I will do so as soon as I can find a spare moment. Soon!

I've read a few of those diaries - I need to dig them out & see how many I actually have. I think I got them from Amazon, years ago.

Thank you for the link to the Paris tea the other day. I used your link to purchase a tin, and just had a cuppa with my snack today. Delish!

Thank you for your blog - for it's realness, it's inspiration and comfort and for being you.

I know your comments are closed for your "taking a break" however I want to say have a wonderful break. You will be missed as yours is one blog I read as often as possible. Take time to enjoy life and see you when you get back. Hugs

Your helper is cute as always! That dogwood is soooo gorgeous!

Have a good blog break!

ps. have you watched Miss Fischer's Murder Mysteries yet? I'm obsessed with it and have watched both seasons twice. It can be a little raunchy at times (Australian show) but it's so good!