Sunday Afternoon Tea - There but by the grace of God 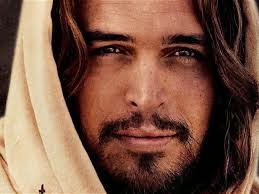 Imagine yourself sitting in a rocker next to a wood burning stove, a shawl closely wrapped around your shoulders to protect you from the cold in the room.  Looking out the window, snow is falling and the world appears cold and bleak. A cast iron pot sits on the wood burning stove, simmering away as you rock and pray and ponder.

This post is much like the stew in that pot.  It has been simmering for awhile, coming together as I ponder the events of the world and what it means to me and mine and those around me.  I hope the simmering away of thoughts through the months will have have brought together words... cohesive and easy to understand... not to be misinterpreted in meaning.

It all began when the TV screen fed me the scenes of racial riots last year.  White cops.  Black kids.  Living.  Dead.  Distrust.  Fear.  Hatred boiling in the cities.

I must admit watching the goings on at the time and thinking it was being overblown.  I mean really, I know there are bad cops but I can't see where the white cop shot the black kid without provocation.  It doesn't look that way from my perspective.

He had a dream, a call, a commitment to peaceful change.  Nothing like Reverend King, Jr... no, others who have made a career of provocation instead of peace.

Something happened as I watched from my cozy chair in this rural countryside.  God spoke to me.  Clearer than I have ever heard Him before.  What did He say that changed my thinking and the way I saw the world around me?

There but for the Grace of God...

It's an old fashioned saying one doesn't hear much these days.  I don't know if many Millennials have ever heard it before.  But the past generation used it, those who fought two world wars.  There but for the Grace of God... go I.

Do I know what it is like to be young and black and male and unemployed?  Have I ever had a white person cross the street because I was near on a dark night?  No.  I have lived in the Detroit area where the tension between whites and blacks is so thick, you can cut it with the proverbial knife.  But I am white.  I have never walked that path.  How can I judge what another feels or thinks or fears?

I started thinking about more opportunities to try to understand than just the race wars.  I totally believe alternative lifestyles are against what the Bible tells us is lawful and certainly I do not condone them anointed within the Holy God-ordained Sanctity of Marriage.

But what about the person?  Long before communities were set up in San Francisco and Hollywood proclaimed such lifestyles as mainstream... there were men and women who desperately tried to change.  Even those today who buy into the media produced lies that such is normal... know within them that they are different.  Not all, of course... but those I have known and cared for.

What about the young woman walking out of the abortion clinic... empty.  The war veteran homeless under the bridge drinking away the memories of bombs and guts and gore?  The college girl who has given herself to too many trying to fit in and belong... suicidal after photos appear on social media.

Who will look past the sin into the eyes of the sinner?  Jesus...

We Evangelicals have at times been afraid of Grace.  After all, if we show too much Grace then we run the chance of falling into Cheap Grace, so we offer... no Grace.

I know how you feel.  I, too, have read the words from famous religious leaders who have crossed the line into the Oprah camp.  Love conquers all, you know.  God is love.  He does not care what you do as long as you love one another.  True?  No.

God is not only love but He is holy.  As many have written, the Book does not contain the Ten Suggestions.  But the same God who destroyed Sodom with fire from heaven chose Rahab to be a part of His human lineage.

Watering down God's grace to include that which He abhors does more than create a lie... it destroys the very essence of that grace... cast a shadow over the miracle that is grace... the Love that is grace!

For God does not tell us He will look the other way in our sin and let us slip into the back door of Heaven.

Grace explodes sin into nothingness!  When we bring our sin to Him... and we all have sinned and fallen short of the Glory of God you know... we ask His forgiveness and accept Christ as the sacrificial Lamb to cover those sins... they are gone in His sight.

Poof!  Vanished!  As far as the East is from the West gone!  The slate is wiped clean!  Pure as the white snow falling from above.

The blood that Jesus shed on the cross cleanses the adulterer and the homosexual and the woman who had the abortion and the slave owner and the great grandchild of the slave and... you and me... He makes our sins to be white as snow.

Not cheap grace.  Not turning our eyes away and saying it is not sin grace.  Real grace that explodes from Heaven.

There but by the grace of God go I.  Me, a sinner saved by grace.  I may have not walked the same path as you or the homosexual relative/friend or the white cop so quick to shoot or the black young man who robbed a store or the woman in streets of Cairo wearing the veil or the woman caught in adultery waiting for the first stone to be cast against her... but I have walked a far from perfect journey in His eyes.

Since that day, that moment when He spoke in that still soft Voice.  I've watched the news differently.  I've looked at life differently.

I have prayed that the sinners of the world, you and me and all of us, come to know Him fully as the One who came to this Earth... the God who created it confined to the womb of the young virgin... lived a sinless life to die a terrible death on that piece of wood... to offer Himself the blameless Lamb of God.

This, my friend, is beautiful. Thank you for sharing your heart in this way.

Oh my, this is so powerful, Brenda.

What a wonderful 'stew' for us to taste - thank you.

Once again you have dug deep and put into beautiful words the hard things of life and given meaning to that which we sometimes take for granted. God's grace is a marvelous gift not to be taken lightly; and yet, we must remember it is available to all who come to Him.

This is beautifully said....I have believed for decades that we can only judge actions, not people. Only God knows enough to be the judge of people..........

Amen....I will ponder this as I go throughout my week. Thank you.

You've done it again, my friend! Casting Crowns sings the song, "Jesus Friend of Sinners" that agrees with what you've written. I love the song and it's message. But for the grace of God ... go I!!!! 😊 Thank you! Pam (SD)

Thank you, Brenda, for being brave enough to tell the truth about things.

Funny - I say that phrase whenever I see someone whose life is going bad because of decisions they have made. Many people I speak to say that people get what they deserve, but those people don't know what it is like to make mistakes and suffer for them. Usually they are young people, very sure of themselves in their youthful arrogance. The older I get the more I say, "There but for the grade of God go I".

Amen. "There but for the grace of God" is a tricky expression because, as you say, His grace, His gift of salvation, is available and free for all and one is not better than the other. It certainly has been a rugged, traumatic, miserable time in American history. I shed no tears for one who is leaving his post and pray that someone with a more tender heart for all will be instated. However, that said, I remind myself that The Lord loves everyone and wants everyone to come to Himself.

Wow. These are the things I've tried to put my finger on...but the target kept moving. Thank you.

That was beautifully said, its the words on a plaque by my front door, and is a constant reminder that we all need God's grace.

Blessings
shelley p
from over the pond

It is so easy to accept His amazing grace for ourselves...and not as easy to extend it to others. I appreciate your thoughts on extending grace without accepting sin.

You have given me much to ponder...thank you!
I have been trying to reconcile the teachings of prosperity and love preachers with a Holy God...

I have read here off and mostly on for years now, this is the most beautiful thing I feel that you have written. Every word speaks to the heart not just the mind..thank you! Karen